The Alchemy of Us: How Humans and Matter Transformed One Another 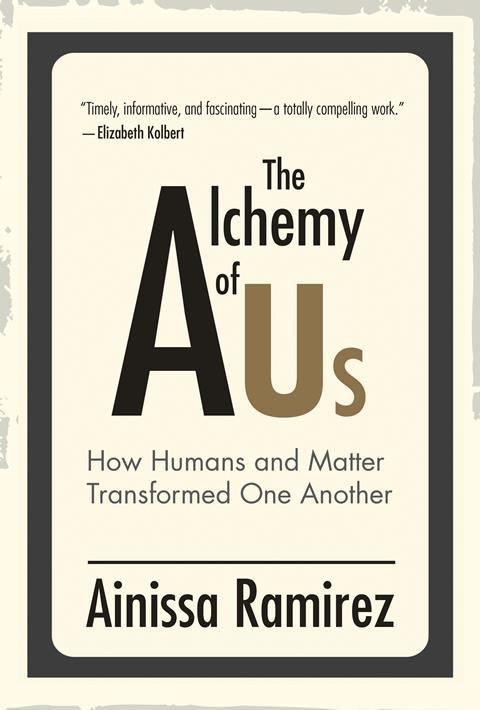 Ainissa Ramirez is a materials scientist. But there was a point in her life when she almost quit science entirely. Dry lectures came close to erasing her childhood dreams of becoming a scientist. She suffered through these for a while before regaining the wonder she experienced as a child when engaging with science. For Ramirez, part of that wonder came from realising that there is a two-way road of influence between materials and culture. History of science texts have documented how inventors created materials and technology, but few have done what Ramirez has and unpicked how those products then go on to shape humanity.

The Alchemy of Us is a study of eight different inventions: clocks, steel rails, copper communication cables, photographic film, light bulbs, hard disks, scientific glassware and silicon chips. Each chapter explores how nuanced circumstances of under-the-radar characters gave rise to one of those inventions. Ramirez is rewriting the narrative of the lone inventor, and by doing so she’s helping a more diverse audience see reflections of themselves in the history of science.

The book is crammed with stories, most of which I will guarantee you’ve never heard of. Ramirez has clearly done her research and put in considerable legwork to be original and detailed. Chemistry World readers will particularly enjoy chapter seven, which focuses on laboratory glassware. It details the work of Otto Schott and Ernst Karl Abbe, and the rise of Jena borosilicate glass in the late 19th century before exploring how US glassmakers realised they couldn’t compete and therefore had to adapt their businesses. Without glass, Ramirez explains, humanity would not be living in an electronic age, as glass was crucial to scientists being able to see electrons in action.

I was expecting the text to include a bit more analysis, but Ramirez sticks with anecdotes to demonstrate how technology influenced culture. One that particularly stuck with me is the notion that phonographs influenced musical styles in the late 19th century because they were better at picking up certain musical instruments (pianos, banjos, trumpets) than others.

The stories include a balanced level of scientific detail, which will make it enjoyable to a broad audience. I hope the book encourages more young people to take up materials science – Ramirez has certainly injected a fresh perspective into the subject.