The salt fix: why the experts got it all wrong and how eating more might save your life 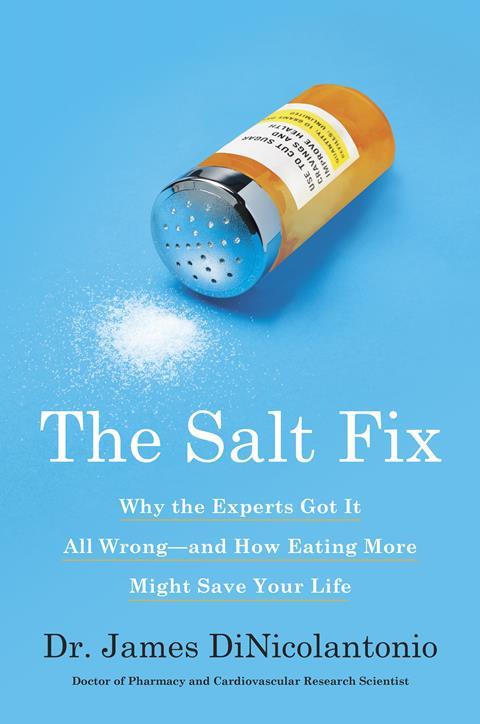 At the coal face of science, there is of course debate. Then, when a scientific consensus is reached, the debate ceases. But sometimes something comes along to reignite discussions. Some (Newtonian gravity vs relativity) have more legitimacy than others (the safety of vaccines). So, when James DiNicolantonio tries to question the impacts of salt on your health in The salt fix, is he threatening to become the Andrew Wakefield of nutritional science?

Salt is bad for you. It’s as unquestionable a piece of food health advice as there has ever been. It’s something you’ll hear from everyone – your parents, your doctor, your government, the World Health Organization and popular culture.

But in The salt fix, DiNicolantonio – a cardiovascular research scientist and an associate editor of the journal BMJ Open Heart – claims we are actually eating too little salt and putting our health at risk by trying to adhere to guideline allowances. He argues that our attitude to sodium chloride is based on flawed science as well as influence from ‘Big Sugar’. He warns that a low salt diet (including official guideline intakes) could actually lead to the heart disease that we’re trying to prevent as well as a host of other conditions, including obesity, diabetes and a weakened immune system. He promises a return to health by giving in to our salt cravings instead of fighting against them, akin to drinking water to satisfy our thirst. His message is, essentially, eat what you want and you’ll be healthy.

Unfortunately, very few things in life come for free and to me such an appealing mantra feels far too good to be true. It doesn’t help that all of the recommendations on the dust jacket come from individuals strongly linked to fad diets and some of the author’s arguments come close to sounding like conspiracy theories. Still, DiNicolantonio is an extensively published researcher and writes with the confidence of an expert. His arguments are strongly cited, and, despite containing a significant amount of technical language (it at times reads like a review paper), The salt fix is certainly an interesting read.

However, most people will not have the time or resource to interrogate more than 1000 references, and with experts on the other side of the argument calling the book ‘dangerous’, perhaps the most interesting thing about The salt fix is – like Wakefield’s infamous 1998 Lancet paper – whether or not it should have been published in the first place.