Toxic: A History of Nerve Agents, From Nazi Germany to Putin’s Russia 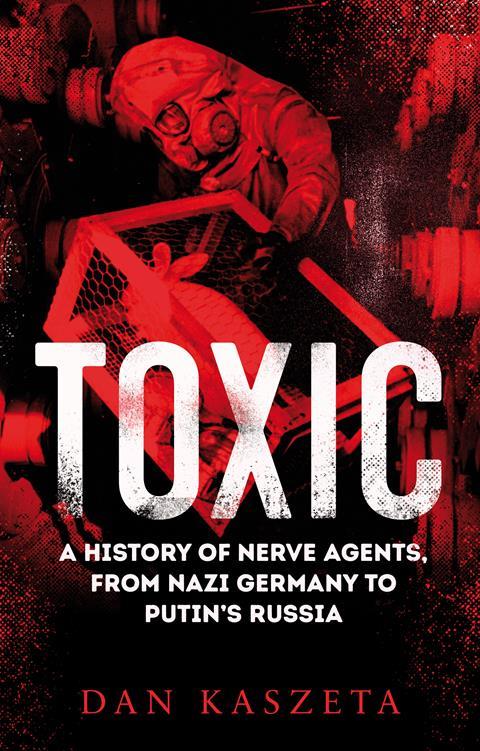 There are few heroes and lots of villains in this history of chemical nerve agents. Arguably, one of the corporate heroes might be the pre-second world war German army. Thanks to deals with the chemical manufacturer IG Farben, it had stockpiled enormous quantities of lethal cyano- and fluoro-substituted phosphorus esters (commonly known as tabun and sarin). Perhaps surprisingly, its testing programme had largely been ethical, relying on paid volunteers rather than concentration camp inmates. Moreover, it kept its research and products well out of the hands of its less-principled, murderous SS colleagues. In the end, the Wehrmacht made no use of the compounds. Adolf Hitler had been incorrectly advised by IG Farben executives that the Allies would have had similar materials, and probably in greater amounts, and thus concluded a Nazi first-use would provoke a devastating retribution.

The second world war ended and both the Soviet Union and the West acquired German chemical weapon stocks, factories and expertise. Both blocs continued the research and manufacturing, each thinking its opponent was edging ahead in this chemical race, until a halt was called in 1969 by US president Richard Nixon. Though both sides asserted that they destroyed most of their enormous stocks of nerve agents, pre-loaded shells and bombs, the expertise was not forgotten.

Nerve agents were subsequently used in the Iraq/Iran conflicts of the 1980s and intermittently in the Syrian civil war. In 1995, a small, wealthy Japanese religious sect manufactured sarin in its own laboratories and released it across the Tokyo subway, killing 13 people. In 2017, Kim Jong-nam, brother of the North Korean leader Kim Jong-un, was attacked with VX (a thiophosphonate ester), dying within hours. And in 2018, attempted assassinations in Salisbury using a Novichok agent killed one person while four were seriously incapacitated.

Toxic is a comprehensive book covering all of these events. Although it contains some professional reminiscences, it is aimed at non-specialist general readers, so there are no structural formulae or equations to frighten anyone off. The author believes that their incorporation might provide constructive information to nefarious backyard chemists with evil intentions. However, this information, and more, is available on the internet – though searching for it might provoke interest from the spooks at certain governmental intelligence agencies, so be warned. Nevertheless, this is a well-referenced, up-to-date and timely book, sensibly priced. Recommended.