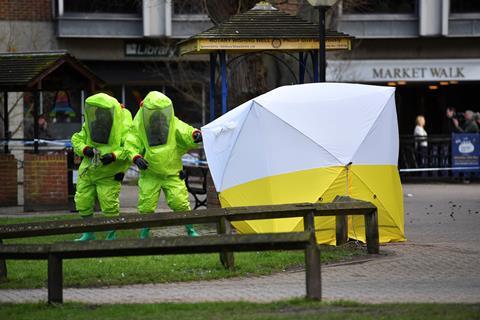 The Organisation for the Prohibition of Chemical Weapons (OPCW) is to add five additional compound families – including the Novichoks – to the list of chemicals tightly restricted under the Chemical Weapons Convention (CWC).

This decision was reached on 27 November during the annual meeting of the CWC’s 193 member states in The Hague. This will be the first time chemicals have been added to the CWC controlled chemicals annex since the treaty came into force in 1997. All five families will become schedule 1 chemicals, meaning they’ll join the likes of sarin, VX and the sulfur mustards as chemicals deemed by the convention to have little or no peaceful purposes. These chemicals can still be produced in very limited quantities under strict supervision for the purposes of protective and medical research. 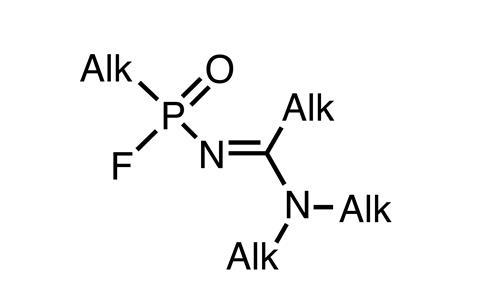 P-alkyl-N-fluorophosphonyl amidines is one of the classes of chemical that will be tightly controlled under the Chemical Weapons Convention and was one of two classes put forward by Canada, the Netherlands and the US

The changes will take effect 180 days after the OPCW director-general Fernando Arias informs the UN secretary-general of the updates. The OPCW was unable to confirm when the notification that triggers the countdown will be made.

The Novichoks are a group of organophosphate nerve agents developed in Russia in the 1970s and 80s. They were not used in anger – as far as we know – until former Russian spy Sergei Skripal and his daughter Yulia Skripal were poisoned in the UK city of Salisbury on 4 March 2018.

This incident led to a joint proposal by Canada, the Netherlands and the US to add the Novichoks and another additional chemical family to the CWC. Russia submitted a later proposal to add an additional three families to the same list. Both requests were agreed last week. 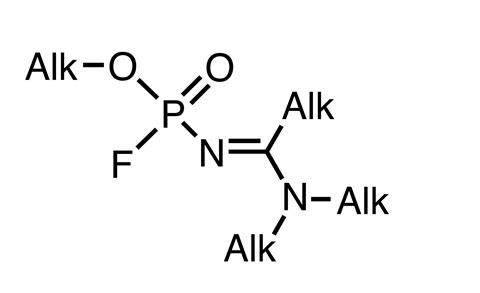 ‘This is the first time in its history that the Chemical Weapons Convention’s annex on chemicals has been updated. This is an important development that demonstrates the adaptability of the convention to changing threats,’ said Arias as the amendments were announced.

A point of confusion here is that the use of the Novichok in Salisbury was already a breach of the CWC. As is the use of chlorine – also not listed in the CWC annex – in Syria. The treaty has catch-all wording that prohibits the use of any chemical ‘for chemical weapons purposes’ regardless of whether it is specifically noted on the controlled list or not.

But adding these chemicals to the list isn’t just a symbolic gesture, it gives the OPCW the right to monitor their use and the acquisition of their precursors. ‘Under the CWC, states are permitted to hold small quantities of schedule 1 chemicals, but these are all monitored down to milligram quantities,’ explains Alastair Hay, a toxicologist and chemical weapons expert from the University of Leeds, UK. ‘Listing will help to shut down any activity with Novichoks, other than the ability to analyse and perhaps test defences such as gas masks and protective clothing.’

Correction: The headline was changed on 3 December 2019 to reflect that the chemical classes added to the schedule 1 list have not been banned outright but that their production and use is very tightly restricted