Water - the final resource: How the politics of water will impact on the world

Water - the final resource: How the politics of water will impact on the world 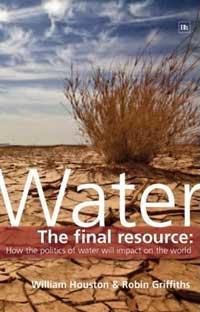 Any new book on water should be of interest to the scientific community, because water impinges on so many facets of life in our ecosphere.

The book under review presents some fascinating aspects of water and their impact on society. Unfortunately it cannot be considered as having been well-written or well-produced. Some chapters have hardly any relevance to real problems posed by water. Of great interest is the discussion of the relationships between temperature oscillations of ocean currents and climatic changes. The authors describe how cold/warm periodic temperature oscillations of the great oceans can have beneficial effects on regional rainfall and global temperatures, but are also responsible for natural disasters.

The distribution, preservation, purification and usage of water are covered, as are their impact on agriculture and population movements. The authors are on less secure ground when they turn to physics and speculation, such as the ’coming wave of refugees,’ or the impact of water on peace in the Middle East and South East Asia.

Formatting, figures, and proof reading are mediocre, and the constant mixing of units, such as acre-feet, cubic kilometres, and litre, is infuriating.

The authors make some pertinent comments, reminding us for instance that despite current carbon dioxide hysteria, water vapour is by far the most abundant greenhouse gas. All in all, the book is in parts informative and instructive, but it is also unduly speculative. It requires a pinch of desalination.