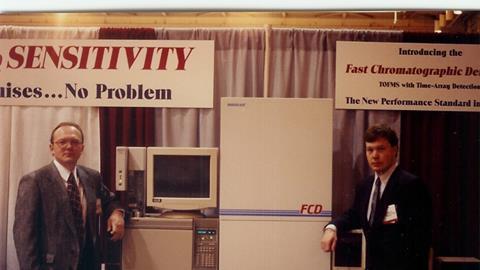 Mass spectrometry and the history of GC-TOFMS

Ideas often spark one another, and chain reactions occur. As with chemical reactions, ideas can remain contained in relatively small areas before gradually spreading outward. California’s Silicon Valley is a focal point for technology. For mass spectrometry (MS), the UK’s city of Manchester is a focal point. 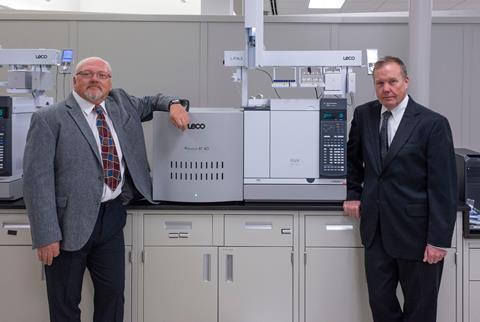 Manchester is where the first commercial mass spectrometer built outside of the US was produced. Built in 1946, the Metropolitan-Vickers MS1 was based on a prototype designed by Welsh chemist and physicist John Beynon. In 1971, single quadrupole instruments – the Q7 and Q8 – were launched by VG Micromass, a business recently spun out of ultra-high vacuum technology specialist Vacuum Generators.

Many techniques exist to separate out small particles by mass. Typically, the particles are converted to ions. In quadrupole MS, the ions are passed through a channel formed by four poles of alternating magnetic and electric field. The poles oscillate in such a manner that only an ion of a specific mass can successfully travel through the channel to the detector. The fields are adjusted for different masses.

Two years later, VG Micromass built the first commercially-developed thermal ionisation MS – the VG MM30 – marking one of many MS milestones met in England’s North West. Today, the area is home to LECO UK and a number of other MS-focused businesses including the Waters mass spectrometry HQ and IsotopX, helping maintain the North West’s links to the heritage of mass spectrometry.

The US state of Michigan contains a number of locations key to the gas chromatography time-of-flight MS (GC-TOFMS) story. Detroit’s Bendix Research Labs was commercialising its TOFMS innovation as Dow Chemical’s Fred McLafferty built his first gas chromatograph in Midland having been inspired by H N Wilson from Manchester-based Imperial Chemistry Industries – or ICI as it is better known.

There’s a big push on non-targeted analysis globally because it’s key to the quality of data, without which, your research isn’t worth a lot

Alongside Roland Gohlke, McLafferty coupled his GC to the Bendix TOF and in February 1956 GC-MS was born. The first GC-MS was a GC-TOFMS.

The 1970s saw the rapid rise of the quadrupole GC-MS. A quad, as it’s become affectionately known, is a mass filter detecting just one mass at a time, thus producing far simpler data sets than a full spectral range TOF. The first GC spectra by Gohlke and McLafferty were recorded with Polaroid film but by the 1970s quad spectra were being recorded onto hard drives. However, computers were not fast enough to cope with the complex and vast data outputs of GC-TOFs and the interest in GC-TOFMS waned.

In time-of-flight, the ions accelerate down a tube with a specific kinetic energy. The time it takes to travel to the tube’s end relates to the distance and acceleration, which is in turn dependent on mass, and so the ion’s mass can be calculated.

Over a decade later at Michigan State University (MSU) in East Lansing, a group had begun a project to build a fast analysis instrument. Young computer scientist Kevin McNitt joined the group, writing the software to control and collect data for the first integrated transient recorder – the key to the fast acquisition and storing of the MS spectral data essential to GC-TOFMS. 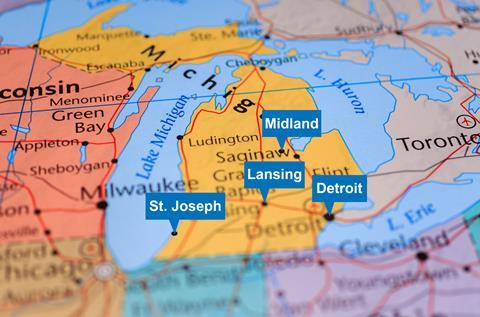 Locations key to GC-TOFMS within the state of Michigan, US

The group spun out of MSU and into Meridian Instruments where Kevin struck up a lasting friendship with the ion optics expert Viatcheslav Artaev, or Slava to his friends. Through various ups and downs, a GC-TOFMS was built and McNitt and Artaev exhibited their Fast Chromatographic Detector at Pittcon in 1995. It could analyse a 60-compound VOC mixture in under 80 seconds, compared to the contemporary standard of over one hour. When LECO took the pair onboard and invested in the instrumentation they produced the world’s first commercial GC-TOFMS – the Pegasus – at LECO’s St Joseph, Michigan HQ in 1997. That instrument was capable of recording in excess of 500 full spectra per second without data loss – a feat not achieved by many MS manufacturers over 20 years later.

With data successfully recorded, computer processing of TOF data was a reality; however, the hours it took to process just one sample made that a slow reality by today’s standards and the Pegasus remained a tool for research specialists. However, when Intel and AMD introduced the 1GHz processor in 2000, processing times reduced significantly and the Pegasus became a commercially viable analytical tool. Its speed was perfect for the analysis of fast chromatography, especially the narrow peak widths created by GC×GC analysis. So, in 2002 the first GC×GC-TOFMS – the Pegasus III 4D – was launched.

By the mid-2000s, more companies were introducing GC-TOFs and, as initial concerns over sensitivity, robustness, size and price diminished, modern benchtop GC-TOFMS began to take off. Micromass launched its accurate mass GCT Premier, Agilent converted its LC-TOFMS accurate mass technology to GC techniques and LECO applied its GC-TOF knowledge to accurate mass instrumentation. ‘Software was key to the sales of our early instruments,’ says LECO’s software manager Kevin McNitt. ‘Before we launched our ChromaTOF technology, people mostly did analysis manually, looking at matter peak by peak. Nowadays, analysts don’t interact with instruments, they interact with software. No one goes inside an instrument; it’s about having control of an instrument and optimising methods for the collection and processing of data that is becoming key.’

An ever-present issue with the chromatography of complex matrixes is coelution – when two or more analytes elute from the GC column so close together they cannot be distinctly separated even with complex deconvolution algorithms. The GC×GC technique takes the eluate from one column then refocuses and reinjects packets of eluate into a second column, creating an additional dimension of separation. GC×GC peaks are typically just 0.1 seconds wide.

One area in which GC-TOF technology will prove key is in non-targeted analysis, says McNitt. ‘There’s a big push on it globally because it is key to the quality of data. Without good quality data, your research isn’t worth a lot.’ The EU’s Water Framework Directive’s fish protocol is a prime example. It means local authorities must investigate the cause of water course contamination and identify the source. GC-TOFs allow analysts to data mine samples analysed previously and back track to the point at which a contaminant entered the system. Comparing that data with local effluent licence data can provide a lead to the contaminant source.

Some say the single quadrupole has had its day. McLafferty’s ideas, the speed of modern computers and the technology of LECO have now all come together and the circle is complete. The future of GC-MS has arrived.

• 2016 Pegasus BT – Previous knowledge shrunk down to a benchtop, sensitivity and mass accuracy improved by orders of magnitude

LECO UKSince 1936, millions of samples worldwide have been analysed using LECO instruments for elemental analysis, gas chromatography, mass spectrometry, metallography, and more. Our diverse workforce with employees around the world, has helped LECO remain a leader in the laboratory equipment business for over 80 years. Over 25 international offices with additional distributors are authorised to sell and/or service LECO products throughout Europe, Asia, Australia, Africa, and America. We work with our customers to find the right solution for the type of sample analysis they are doing, helping them to achieve data that is clear, consistent, and accurate.