The dark side of chemical patents

Unloved, ignored and misunderstood but could all that change?

It is common knowledge that chemical patents are not treated like conventional scientific literature. Instead, they are viewed as highly technical documents that remain the preserve of principal scientists or senior managers who are making multi-million dollar IP decisions. This esoteric, even enigmatic, perception of chemical patents excludes the majority of scientific personnel, who could probably make good use of the value within them.

The relevancy of patents would appear to be undisputed in the pharmaceutical or industrial setting. They are free, have a distinct purpose, contain more information than their scientific paper counterparts and a good knowledge of their content can even prevent you from being sued. However, the question remains: why are patents so unpopular?

The ‘dark side’ of chemical-based patents is not always highly defined or identifiable. It appears to be the cumulative effect of factors inside and outside the patent itself that leaves chemists perplexed and reticent to fully engage with them as a “go-to” source of information.

Markush structures: the good, the bad and the ugly

The Markush structure is an essential declaration of ownership. It provides the minimum chemical scaffold for all compounds made or prophesised, and identified as claimed compounds. This is a universal and systematic method of declaring and claiming compounds in patents. The ‘good’ of Markush structures can be seen in Figure 1, where R1, R2 and R4 are clearly designated as positions which are occupied by the H atom in Claim 1 of patent EP1678147B1. This part of Claim 1 is clear, unambiguous and without doubt. 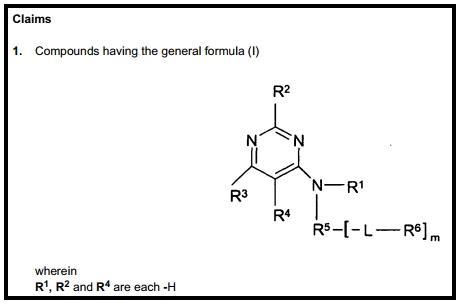 The ‘good’: Markush designations for R1, R2 and R4 are clear

The ‘bad’: Markush designations are now ambiguous for R3 and R5

However, this is nothing compared to the ‘ugly’ of the R6 designation, which is over a page long and occupies the rest of Claim 1 in EP1678147B1. What lies ahead are unrefined chemical substituent definitions that are further defining other unrefined definitions. There are sub-Markush structures of the original Markush without any level of absolute molecular refinement, as can be seen in Figure 3. It is important to point out that this information will lack any utility to a scientist or IP legal specialist. Hence, reading Claim 1 – arguably the most important entry in the entire patent – is largely redundant because it has rendered itself unreadable. 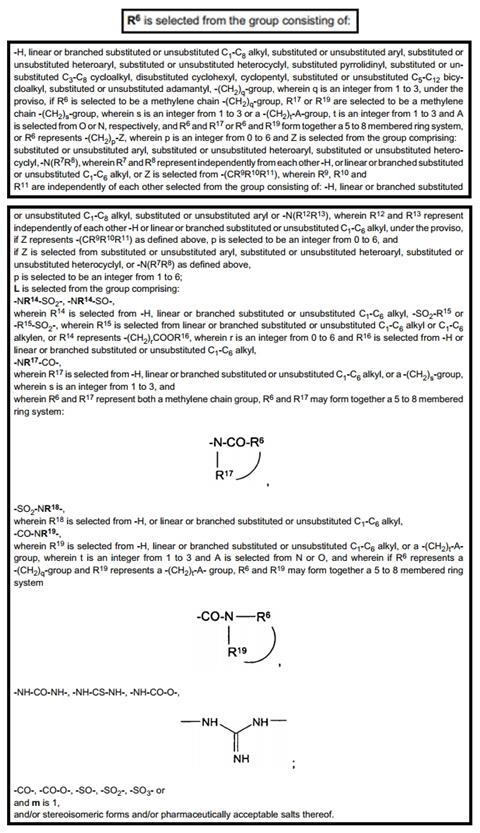 Unfortunately, there are other Markush-related IP questions that chemists will ask without getting an answer, Does a prophetic Markush compound have the same protection and legal standing as one that has been synthesised and identified in Claim 1 of a patent? How will I know if someone has infringed on one of my Markush-defined structures… because I can’t even read my own Markush? This Claim 1 is virtually unreadable to even those well-versed in patent analysis.

Even medicinal chemists with a good knowledge of patents can be flummoxed by IP business questions. How many could you answer from these examples?

Scientists are scientists and patent lawyers are patent lawyers. The compartmentalisation of roles leads to less understanding of the invention to be patented, and little appreciation for each other. IP professionals are not accessible to the average bench synthetic chemist because they are not linked (other than through the patent in question) and there appears to be no shared platform for such professionals. 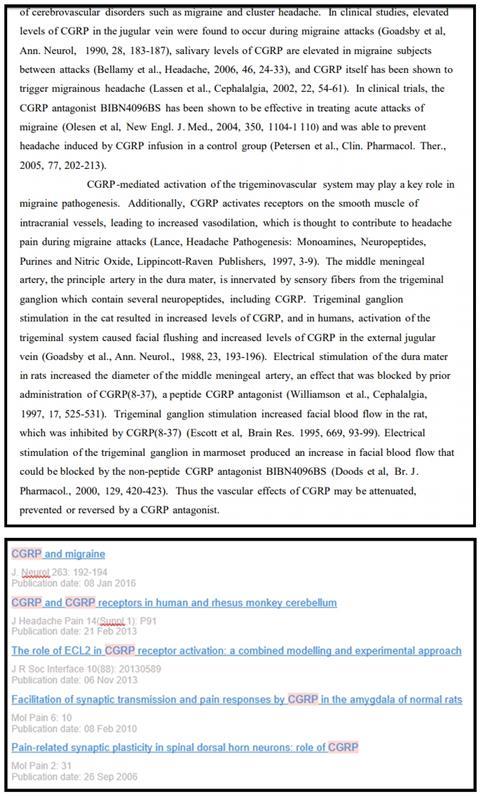 There are no patent references in the papers, but the patent extract references several papers.

There are numerous journal paper references in patents but few patent references – if any – in journal papers. This leads to literature searches favouring journal papers. For example, in the drug discovery patent WO2013169348A1, there are references to several papers discussing pain, migraine headaches and calcitonin gene-related peptide antagonists (CGRP). However, the top five ‘best matched’ papers in response to a search query of CGRP do not reference a single patent (Figure 4).

Who is to blame?

Isn’t it simply the case that scientists find journal papers shorter, easier to read and more accessible than long, cumbersome patent documents? The short answer is yes. However, by continuing to overlook patents as sources of chemical information, the chemist faces losing a valuable source of knowledge in terms of chemical purpose, completeness and a competitive intellectual property strategy.

That’s why we’ve built a tool that overcomes many of the challenges discussed here – and more.

Download PatSnap’s guide on decrypting Markush structures or watch our webinar in partnership with Chemistry World, ‘The easy way to find chemical gold in patents’