Artificial intelligence is increasingly being used to find new chemical compounds and repurpose drugs, but should laws be updated to protect the intellectual property of such discoveries?

Stephen Thaler claims his artificial intelligence machine named Dabus was the sole inventor of two new discoveries – a fractal container and a neural flame. Yet despite filing patent applications naming Dabus as the inventor in the UK, EU and US, he can’t get a patent. Even the High Court in England and Wales last year sided with the UK Intellectual Property Office (UKIPO) in refusing the patent applications.

This is the first time an AI inventor has been formally named in a patent application and the case’s rulings throw up some puzzling questions more broadly for the chemistry sector where artificial intelligence is increasingly being used in the discovery process. This is most notably seen in pharmaceuticals where AI is being used to discover new drug compounds and repurpose drugs. But it could also apply to the discovery of new chemical pathways, new chemicals, materials or fragrances – all of which could be seen as patentable.

Ryan Abbott, professor of law and health sciences at the University of Surrey, UK, who is representing Stephen Thaler in the Dabus litigation, says IP and inventorship challenges are going to become more complex as R&D becomes more multidisciplinary and invests in AI. ‘The life sciences, for instance, is one of the areas where AI-generated inventions pose the most significant business risk, precisely because of these sort of AI applications.’ 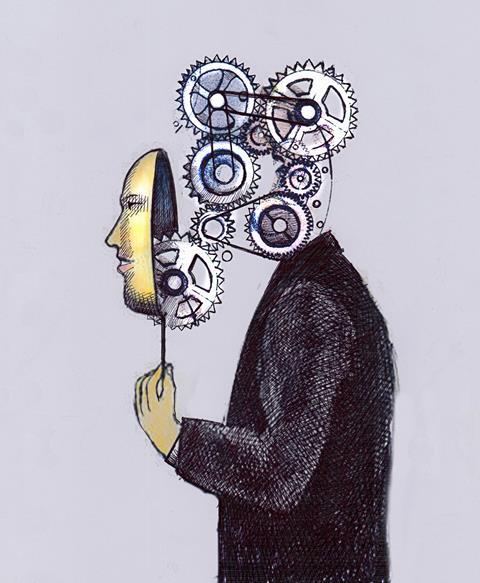 For Dipendra Jha, a research scientist at Northwestern University, US, and lead machine learning engineer at retail giant Target Corporation, the current situation and the Dabus ruling is concerning. Jha developed a deep neural network model called ElemNet, which leverages AI to automatically predict the stability of new material candidates using only their elemental composition, without domain knowledge or human input. Any new material candidates discovered by ElemNet that can be synthesised in a chemistry lab could have real-world applications and would need to be patented.

‘The new chemical compound discovered by ElemNet would need to be experimentally validated by a human scientist to make sure it works but I believe ElemNet should be considered the main inventor in this case as there is not much human input needed except for the set of elements to be considered,’ Jha says. If these new chemicals can’t get a patent, someone else could misuse the compounds with no clarity of who should be held responsible, he notes. Furthermore, it would disincentivise the use of AI in future inventions, he adds. That’s an argument Abbott also asserts.

But Peter Finnie, partner and patent attorney at IP law firm Potter Clarkson, believes there isn’t yet a strong case to say AI is really an inventor. He says, AI as it currently stands is just a tool; that it is used to ‘assist’ the inventing. ‘AI is a system that can generate invention insights but a human still has to join the dots in the right way. These inventions aren’t by chance. AI has to be trained and the results have to be analysed. It’s the data that’s important, not just the computing power.’

Bartosz Grzybowski, of the Polish Academy of Sciences and Ulsan National Institute of Science and Technology in South Korea, led the development of Chematica, AI software that can plan chemical syntheses and find new patentable pathways to target molecules. He says Chematica is a ‘facilitator’ of a discovery but not an inventor. Despite Chematica acting autonomously, he says the reaction rules and algorithms are coded by humans and humans are required to validate the results in the lab. Only with human validations should the output be patentable. ‘This is because on paper – in silico – a route might look perfectly legitimate but then, when one tries to execute it in the lab, some unexpected complications emerge.’ But he admits if an AI robot validated the results then the route should be patentable. But then who would get the patent?

Here lies the conundrum – where does human invention end and AI invention begin? Or in other words, when is AI no longer a tool? As Abbott notes, human input in datasets and analysis may not be enough to qualify humans as inventors. ‘It depends on what their specific contribution was with respect to a specific invention.’

Finnie admits this is an area of growing importance. ‘The real risk is that objectively there is no human inventor, which is just as problematic as trying to name the AI as an inventor.’ And when technological advances are happening at pace and AI naturally will have a growing role in discoveries in the future where human input could be reduced, there are some large question marks.

Critically the question, does the law need to change? Finnie says no. “At least not until there is enough evidence that AI is truly inventing.” Abbott, who is leading the artificial inventor project, which seeks IP rights for AI outputs, says the law needs to be reviewed. If AI-generated inventions cannot be protected now or in the future, he says it runs contrary to the purpose of the patent system.

Indeed, the Dabus case, and possible future scenarios, has authorities concerned. In its concluding remarks in the Dabus ruling, the UKIPO acknowledged the issue needed to be debated and that changes to the law should be considered in the context of debate. Since then, the UKIPO, as well as the US Patent and Trademark Office and the World Intellectual Property Organisation have all launched consultations into the matter.

The UKIPO declined to comment directly while the government considers the responses to the consultation, with a report expected to be published in March. But chief executive Tim Moss told Chemistry World: ‘The information shared will be essential for building our knowledge of the commercial, economic, legal and social implications of AI. It will help us understand how the IP framework could incentivise the development and adoption of AI technologies in industries such as chemical research.’

Meanwhile, the Dabus case in the UK has been passed to the Court of Appeal and a hearing could take place in the first half of 2021. It’s unlikely the initial ruling will change, Finnie says, and any change to the law could be years away. The short-term fix if you want a patent, according to the lawyer: ‘Just don’t say your AI does the inventing.’