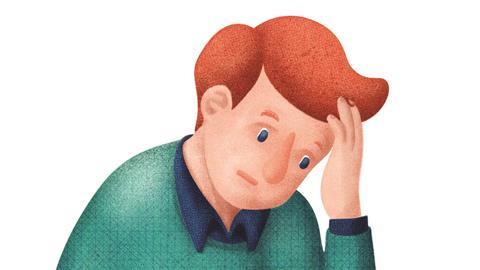 ‘I finally made it,’ Tobias Erb jokes. A German biochemist, Erb spent much of his life globe-trotting before returning to his home country to start his own research group. He wanted the job security to start establishing long-term structures and research topics. However, such a desire is incompatible with the German system; if Erb hadn’t received his call for a permanent position at the Max Planck Institute for Terrestrial Microbiology, he would probably still be hunting for a job.

There are virtually no tenure track or junior staff positions in Germany. Almost everyone who is not yet professor is on fixed term contracts, transitioning from one job to the next – and that’s a major problem for the country’s emerging generation of scientists.

The National Report on Junior Scholars 2017, a recent survey commissioned by the Federal Ministry of Education and Research (BMBF), quantifies young researchers’ precarious situations. Around 93% of non-professorial academic staff at German universities are on fixed-term contracts, about half of them shorter than one year. Many of them strive for a career in academia, but achieving professorship is becoming increasingly more difficult: although the number of non-professorial scientists has increased by 76% since 2000, the number of professorships has not grown at the same rate.

While other countries have similarly filled tenure tracks, this situation is somewhat unique to Germany. ‘It is difficult to compare the employment situation of young scientists in Germany to that of other countries with different systems. Despite these difficulties, it can be noted that researchers in Germany are appointed to a professorship at a relatively advanced age, and this has been frequently criticised,’ says Stefan Krabel of the Institute for Innovation and Technology in Berlin and project leader of the BMBF report. Indeed, professors in Germany are appointed, on average, at age 41, creating a lack of job security that has repercussions beyond the lab. ‘It is hard to plan a family when you are on serial short-term contracts,’ says Karin Zimmermann, a political scientist specialized in science policy analysis at the Berlin Social Science Center WZB. According to the BMBF report, 49% of the female and 42% of the male scientific staff at German universities remain childless.

Beyond personal consequences, researchers also question if the system is profitable to the advancement of science. ‘As a young group leader, you want to start thinking about larger scientific problems,’ says Erb. ‘But it takes a lot of courage to do so if you have to prove yourself on a short-term contract… it is scientific creativity lost for the system.’

Given the competition between countries for the best scientists, Germany’s career system is likely to discourage migrants. Yet while Germany’s trade union for education and science has been calling for change for years, it’s taking time for politicians to budge. ‘The system is reluctant to change. I think this has much to do with a German culture of employment inflexibility that has its roots deep in history,’ says Zimmermann, who has published a book on the topic.

In the 19th century, the ‘habilitation’, an academic qualification beyond a PhD, was introduced as a requirement to receive a professorship. Researchers without habilitation were assistants to a professor, and universities preferred to have them on fixed-term contracts so that a new professor could appoint his or her own staff. Today, there are possibilities to obtain professorship without habilitation – but German academic culture is still playing catch-up. ‘We have a very peculiar personnel structure that has emerged from the German habilitation model,’ explains Zimmermann. ‘Compared with other countries, there are very few professors, and many researchers in mid-level positions lack independence in research and education, and are on short-term contracts.’

Another historical relic is also having a negative impact. In the 18th century, Germany banned universities from appointing any current faculty member as a professor to prohibit nepotism. Today, the ban still shapes the country’s science sector.

Germany is a federal republic, and the system of government has also left its mark on academia. Federal states are responsible for universities – and are usually low on funds. Until 2014, the German constitution ruled that the federal Government could not finance universities directly, but only through short term third-party funding. ‘The core funding of universities is low while the share of external, third-party funding has increased considerably over the past 20 years,’ says Zimmermann. ‘The universities pass on the problem of insecurity to the employees.’

Although third-party funding has increased considerably, the money has been unable to improve career prospects of young researchers. Rather, it only served to get more young researchers on fixed-term contracts into the system – adding to the number competing for the few tenured positions. ‘A large part of the problem stems from the fact that universities are increasingly financed through project funding. I do not think this is more efficient,’ says Mathias Kuhnt, co-founder of a federal network that pursues the interests of non-professorial scientific staff.

There have been many suggestions for improvement. Tobias Erb has been part of a working group at Die Junge Akademie, an academy of young scientists that has developed a number of different proposals. One of their ideas was to create a ‘bundesprofessur’: a personal long-term funding scheme for junior professors. Another suggestion is to significantly increase the number of professorships at German universities. ‘What we have in mind is a system with flat hierarchies – more professors per faculty, but smaller working groups. I think this would increase the dynamics. There would be more expertise in the system, more topics and more people to collaborate with,’ says Erb.

According to Krabel, Germany is on the verge of change. ‘Currently, there are efforts in Germany to reintroduce more permanent positions. The amount of tenure track professorships is being increased and some universities introduce new positions beside professorships,’ he says. As an example, he names the University of Bremen, which has implemented senior permanent positions focusing on education or research. ‘Personally, I believe that more such positions will be established in future and that this will result in an increase in unlimited employments,’ he adds.

Two recent initiatives have also launched to try and improve the situation for younger academics. The first is an attempt to improve legislation around employment conditions. In Germany, laws specifically cover fixed-term academic contracts to keep the academic system dynamic and flexible, while at the same time providing some protection for employees. In 2015, parliament passed a revision because the portion of fixed-term contracts – particularly over very short periods – ‘has reached a limit that was neither intended nor is it acceptable.’

According to Kuhnt, the new bill has too many loopholes to be effective. Part of the regulation states that the duration of a contract may not be shorter than the ‘qualification phase’. ‘What exactly is a qualification? The term is so ill-defined. For example, “gaining teaching experience” can always be used as a reason for temporary employment. The law allows [universities] to outsource all the risks to the employees.’ Moreover, while longer contracts are surely something to hope for, simply casting wishful thinking into new legislation does not tackle the problem by its roots.

The second initiative is a rethink of career progression. In 2014, the German Council of Science and Humanities recommended the introducion a tenure track system. In addition, they proposed to introduce permanent positions for non-professorial staff, which would take care of a number of tasks in research and teaching, maintaining research facilities, technology transfer, science management and administration. Now, the federal Government has outlined plans to provide €1 billion (£870 million) to fund 1000 tenure track positions at German universities – the first attempt to establish a nationwide tenure track system previously only applied systematically by the Technical University of Munich.

Observers disagree about how beneficial this measure is going to be. ‘1000 positions will not solve the problem. It is just a drop in the ocean,’ says Zimmermann. According to research at Institute of Higher Education Research Halle-Wittenberg, at least 5,000 positions are needed to widen the bottleneck.

Krabel is more optimistic. ‘The programme for the promotion of young academics will certainly contribute to significantly increasing the predictability of academic careers, thus improving the situation of young researchers,’ he says. However, he warns that, although positive, it doesn’t solve all the problems German academics face – including the shortfall in mid-level positions. ‘A single measure can only reach a limited number of goals,’ he observes.

Erb also finds the step encouraging. ‘I hope that there will be a rethink in academic culture. One advantage of the tenure track initiative that it will get faculties to think about how to bring sustainability into the system.’ However, he stresses that, despite its current flaws, German science still offers a host of opportunities for researchers. ‘One should not get the impression that things are going terribly wrong in the German science sector,’ he counsels. ‘There is a lot of money, it is relatively easy to get projects funded, and there are good opportunities for young people to start a research group on a five-year contract… the only drawback is that the chance of ever being offered a permanent position is currently small.’