2
Should older academics be forced to retire? 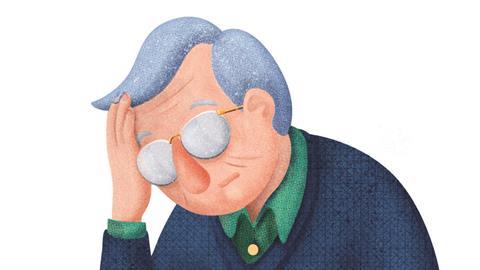 Should older academics be forced to retire?

Why some universities are requiring staff to step down

Diversity used to bring to mind initiatives about encouraging more women to take up science. But increasingly, following changes to the retirement age and faced with an increasingly older UK workforce, chemists are starting to pay attention to ageism in the workplace.

Around 30% of the UK workforce is currently aged 50 or over. In 2010, the Equality Act made it unlawful to discriminate against employees or job seekers due to a set of protected characteristics, including age. This was followed in 2011 by additional legislation which abolished the compulsory retirement age. For those managing academic departments, this meant a new way of working.

Lesley Yellowlees is head of science and engineering at the University of Edinburgh and chair of the Royal Society of Chemistry’s equality and inclusion committee. She was head of Edinburgh’s school of chemistry from 2005 until 2010. ‘When I was head of chemistry, there was a retirement age and therefore you could career plan,’ she says. ‘You knew when people were retiring and therefore you knew when those salaries would become available for new hires. It’s much harder to plan for that now.’

Ideally, every department should be a healthy mix of chemists at all stages of their careers. For universities with a fixed income, the retirement of older academics frees up budget to recruit those who might be at an earlier stage of their career; the abolition of the compulsory retirement age means departments no longer necessarily have the same level of employee turnover – making it harder to bring in new recruits or promote researchers up the career ladder.

Following the abolition of the compulsory retirement age, the University of Oxford decided to take a controversial route. Under the 2011 legislation individual employers are still allowed to implement their own retirement age as long as they can justify it with a legitimate business case. In October 2011, Oxford implemented an Employee Justified Retirement Age (EJRA), under which academic and academic-related staff are committed to retire when they reach the age of 67. Among the reasons cited by Oxford for introducing the EJRA is ‘promoting inter-generational fairness and maintaining opportunities for career progression for those at particular stages of a career, given the importance of having available opportunities for progression across the generations.’1

Staff were given an opportunity to vote on the policy – and the move has not been welcomed by all. Hagan Bayley is a professor of chemical biology in Oxford’s chemistry department. Currently aged 65, in less than two years he will be forced to retire unless he makes a case for why he should be exempt from the EJRA. ‘I’m in the peak of my career, and recognised as a leading researcher in the UK and Europe, and basically I’m losing my job,’ he says. Bayley is an active researcher who heads a group of 24, but for him his individual circumstances are less important that the idea that the EJRA is against the spirit of the equality act. ‘We don’t discriminate on the grounds of gender, religion or disability – so why is it that we have decided that we can discriminate against perfectly healthy, productive people at a certain age in their life?’

According to the university, the EJRA has been implemented specifically to promote equality and diversity, by creating a more diverse workforce. A university spokesperson says: ‘The EJRA was introduced to achieve a fair balance between the interests of senior academic, research and professional staff who wish to continue in employment at the university and the need of the university to control and predict staff turnover. It was established following changes in national legislation which removed the default retirement age.’

The EJRA was reviewed in the first half of 2017, which recommended keeping the EJRA in place but raising the retirement age to 68 and provide increased support for staff approaching retirement.

Since Oxford, the University of Cambridge and University of St Andrews have also introduced their own EJRAs (although specific terms and how they are applied to staff vary considerably between the institutions). The remainder of universities in the UK are continuing to adjust to the change. ‘In 2011 we reached a situation where we had to make an assumption that all those people would go on forever until they told us otherwise,’ says Christopher Whitehead, who was head of the chemistry department at the University of Manchester when the mandatory retirement age was abolished. ‘I think as time has gone on people have realised somebody aged 68 who wants to retire this coming year is no different from somebody aged 25 putting in their three months’ notice [to resign]. You have to cope with both of these situations when they happen and in both cases you’re losing valuable workers and skills that need replacement.’

An alternative is to simply make more positions available – a policy the University of Edinburgh decided to adopt in 2013 by introducing over 250 chancellor’s fellowships, targeted towards early career researchers. Fellows are appointed on the lectureship grade with the expectation that their posts will become permanent at the end of their five-year contract.

All types of researchers were invited to apply, although the university identified areas they wanted to recruit into and grow their expertise. Today, around one third of the fellowships lie within science and engineering, with six fellows in the school of chemistry. ‘Out of an academic staff of 47, that’s quite high’, says Yellowlees. ‘It’s helped us refresh our early career researchers and has been very helpful.’

And age is not a barrier to exploring new ideas within a field. Evidence shows that older workers can contribute much to the workplace and ageing doesn’t necessarily mean a decrease in research output; last year, a paper in Science found a scientist’s most cited paper is as likely to come at the start of their career as the middle, or end.2

While there is a lack of data about the demographics of the UK’s chemistry workforce, it’s likely that the sector cannot afford to lose older scientists to retirement. In 2015, a report from the Chartered Institute of Personnel and Development highlighted that long-term demographic changes suggest the UK as a whole is unlikely to fill all vacancies created when the 9.4 million workers aged 50 or over decide to retire.3

For Yellowlees, the abolition of the retirement age signals opportunity. ‘Many senior staff who reach what would have been retirement age have such a wealth of experience and are able to help with mentoring and training early career researchers … I depended on people who had a lot of experience to give me advice.’

Such expertise means retirement is the wrong question to ask, says Whitehead – not least because all employees should be treated equally regardless of age. ‘You should always be asking the questions of employees about how you see your career developing, rather than asking people that have grey hair when they are thinking of packing it in… The lack of retirement age is almost a non-issue … if handled sensitivity it’s almost a win-win situation for employer and employee. You might have some people that move sideways in a job, taking on training, mentoring or non-research based activities, thereby enabling people to come into research. Talking to people about what they want to do is good practice and will solve a lot of these problems.’

3 Charted Institute of Personnel and Development, Avoiding the demographic crunch, 2015, available at: http://rsc.li/2s9qepS