For the past 10 years, Fiona Scholes has spent her Sunday mornings on the radio. Until hanging up her headphones a few months ago, Scholes co-presented weekly Melbourne science show ‘Einstein A Go Go’. Now she is incorporating science communication into her day job as a research team leader at Australia’s national science agency, the Commonwealth Scientific and Industrial Research Organisation (CSIRO).

In the lab, Scholes makes prototype thin-film flexible solar cells, testing their performance and longevity. It’s the kind of translational research that typifies CSIRO’s mission: to provide scientific solutions for industry, the community and the environment. As a result, the portfolio of research carried out by CSIRO’s 6500 staff is diverse – ranging from astronomy to zoology with plenty of chemistry in between. 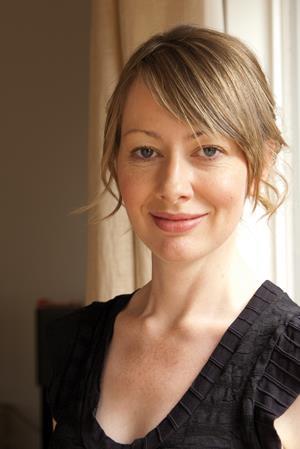 It is this diversity, and the opportunities that arise from working for an organisation of CSIRO’s sheer size, that appeals to many of its employees. In the decade since she joined CSIRO as a postdoc, Scholes has worked on a wide range of projects, from self-healing aircraft skins to chemical sensors, all employing her surface chemistry skills.

But as well as lab research, Scholes has recently been working on a ‘science communication gym’, a training course to help CSIRO researchers share their science with the public. ‘CSIRO has allowed me not just to become a research scientist, but to contribute in other ways as well.’

Scholes’ research forms part of an effort to encourage and support a nascent Australian flexible electronics industry, and is backed by government funding. Other projects are highly applied and involve direct company contact. CSIRO research consultant Paul Savage leads a team of scientists supporting Australian biotech start-ups. ‘They’ll often come to CSIRO with a particular problem to be overcome, for which they don’t have the equipment or the expertise,’ he explains. If CSIRO decides that the project has merit, and aligns with its mission statement, then it will offer its services.

As an example, Savage recalls a project carried out around a decade ago for biotech company Peplin (now owned by Australian pharmaceutical company Leo Pharma). The firm was working on the sap of the milkweed plant, which was purported to have anti skin cancer properties. CSIRO assisted with the initial natural product isolation and structure elucidation work to pinpoint the active compound. This compound became the drug Picato (ingenol mebutate), which was approved by the US Food and Drug Administration in January 2012 for the treatment of the disease actinic keratosis, a precursor to non-melanoma skin cancer.

In return for these services, a company may pay a direct fee, or offer equity or milestone payments. Around half of CSIRO’s funding comes from these paid projects, plus earnings from its intellectual property portfolio, with the rest coming directly from the federal government. 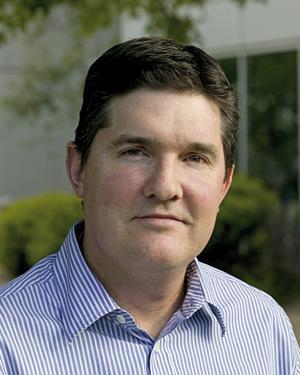 Savage first entered CSIRO in 1990 after a postdoc at the University of Florida, US. Like many of the organisation’s researchers, carrying out translational research was a key attraction to working at CSIRO. ‘My PhD and postdoc were in very academic areas of chemistry, and I didn’t get the same feeling of accomplishing something,’ he recalls. ‘You like to think that what you do will have an impact.’

Like Scholes, Savage’s interests extend beyond the lab. In 2005, he completed an MBA, and he has worked on the board of several CSIRO spin-off companies. CSIRO research scientist Danielle Kennedy hopes one day to take that external outlook a step further, and perhaps spend time on sabbatical working in industry. ‘CSIRO offers opportunities for you to work at a company where some of your research is being used,’ she says.

Kennedy grew up in rural Australia, where CSIRO is well known thanks to its agricultural research programme. ‘Even when you are young, you know about CSIRO,’ she says. Like Savage, she was drawn to the highly applied research, and is currently working on projects to develop catalysts for industry. Part of the organisation’s strength is the diversity of expertise that it can call upon to tackle a particular problem, Kennedy adds, and projects often involve working at the boundaries between different disciplines. ‘Working at the interface is one of the things that I enjoy the most,’ she says. ‘It gives you the chance to work with a number of different scientists. It’s definitely the type of job for a people person.’