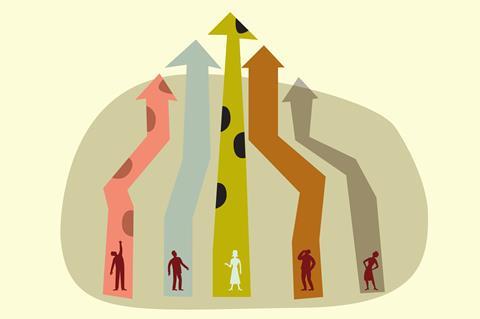 At my sixth form there was an expectation that you would go to university straight after your A-levels. If you had other plans, the head of year would call you in to a special meeting to make sure that you really knew what you were doing – and then try to persuade you otherwise.

And yet once you get to university, some courses seem designed to drive out those people who are not fully committed to the idea of studying. This is reflected in the controversy around the firing of New York University professor Maitland Jones. For some students it had the reputation of a ‘weed-out’ course, designed to ensure only the most hard-working and talented students continued with it. Whatever the nature of Jones’s course, an analysis of nearly 110,000 student records from six large US universities suggests that tough introductory science, technology, engineering, and mathematics (Stem) courses disproportionately weed out students who are members of underrepresented minorities.

We often hear about how having diverse perspectives in a team is crucial for scientific progress. (As Nadja Hümpfer points out, this is a poor way to justify inclusion initiatives, which ought to be implemented on the principle of supporting basic human rights.) Yet the traditional route from school, to university, to work, relies on everyone learning in similar ways, and on more or less the same schedule. If this pattern doesn’t accommodate your style of thinking, your resulting low grades and sense of failure are often enough to put you of a scientific career entirely.

But there are other ways to gain qualifications, as Rachel Brazil explores in her article on some of the schemes employers have in place to help their employees study, from apprenticeships to PhD courses. Such ideas aren’t new – on recent Chemistry World letters pages readers have recounted the stories of their long and successful careers that began with some form of combined work and study. But many school students nowadays are not aware of the options open to them – particularly if they go to schools like my old one that teach that full-time university life is the only valid choice.

We also need scientific workplaces to be more accepting of people like Sebastian Cocioba who don’t have formal qualifications and yet still have valuable knowledge, expertise and perspectives. Not all skills can be demonstrated under exam conditions or in a thesis. That’s not to say that the traditional degree pathway isn’t valuable – for some people it is the best way of learning and developing skills. But it should be seen as just one of several routes that allow a diverse group of people to find their way into scientific careers.