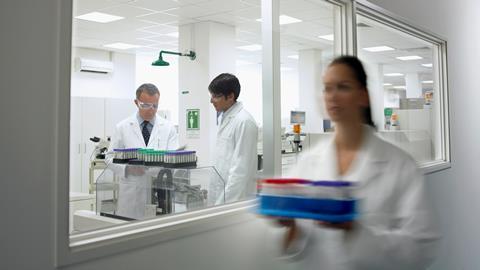 Nearly four years after the horrific lab accident in which Thea Ekins-Coward lost an arm as a visiting postdoctoral researcher at the University of Hawaii-Manoa in the United States, she is still fighting a legal battle for compensation. The experience of this UK citizen is an extreme illustration of just how vulnerable young researchers are, and the difference that their employment status makes.

Experts concluded that the main cause of the March 2016 explosion that severed Ekins-Coward’s right arm was an electrostatic charge caused by ill-designed and improperly grounded lab equipment, and many other safety lapses were identified. Hawaii’s occupational safety and health agency found that the university had failed to provide a safe workplace, listing 15 separate relevant safety failures.

Ekins-Coward, who was 29 years old when the accident occurred, filed a personal injury lawsuit against the university, her supervisor and others in January 2017. The legal dispute centres on her employee status at the time of the accident. 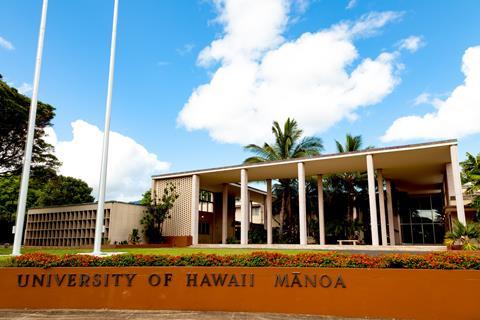 The University of Hawaii originally made it clear that, as a visiting postdoc, Ekins-Coward would not be an employee and therefore would not receive benefits like health insurance or housing, according to her attorneys. However, in an apparent attempt to limit its liability, the university now argues that she was an employee, which means that she’s only entitled to worker’s compensation benefits and cannot sue the university for more.

In the meantime, Ekins-Coward’s lawyers say the school only paid her US hospital bills and has not compensated her for pain or suffering. Her career has suffered – she returned to the UK shortly after her accident and has been unable to find a research position or obtain research grants there. One university in England hired her briefly over two years ago, but it was difficult to accommodate her disability within the lab setting. Ekins-Coward eventually did get non-research work in ‘the private sector’, but before that she delivered phonebooks.

This case offers a window into the precariousness of being a postdoc, and how varying employment statuses can lead to significant disparities in job security and access to vital benefits. Two postdocs working in the same lab can have up to 50% difference in salary alone.

There are about 80,000 postdoctoral researchers in the US, who are defined by the US National Postdoctoral Association (NPA) as individuals in training who have an advanced degree. Although such roles might sound simple to define and track, they’re not. An NPA survey from 2014 identified 37 distinct working titles for such individuals, including ‘postdoctoral scholar’, ‘research fellow’ and ‘research assistant’.

‘While we understand that different institutions use different titles for different reasons, this has indeed provided a space where there is a difference in benefits for different classifications,’ explains Tracy Costello, who chairs the NPA’s Board of Directors.

Emily Rothwell, a postdoc at the University of Massachusetts Amherst, tweeted on 5 December: ‘All I want for Christmas is to keep my Postdoc health insurance and not lose ALL my benefits by being designated a “non-working fellow” bc I earned an #NIH #NRSA #F32 postdoc fellowship.’ The post elicited impassioned responses from former postdocs in the US and UK, who related similar experiences.

Emily Rothwell, a postdoc at the University of Massachusetts Amherst, tweeted on 5 December:

All I want for Christmas is to keep my Postdoc health insurance and not lose ALL my benefits by being designated a “non-working fellow” bc I earned an #NIH #NRSA #F32 postdoc fellowship @umassOPD @UMassVCRE @UMassAmherst @UMass @UAW @GEOUAW pic.twitter.com/dLGJAAWRTW

The post elicited impassioned responses from former postdocs in the US and UK, who related similar experiences.

Rothwell’s employment status changed after she received a National Institutes of Health (NIH) fellowship award on 1 October and was no longer funded internally. She was previously designated as a postdoc associate. ‘I am in the middle of a cancer scare right now, and that is partly why I am so fired up,’ Rothwell says. ‘The university has now decided that I will lose my insurance, all the while I am having a tumour biopsied, and all these specialty appointments in Boston … I am trying to make sure whatever coverage I can get be made retroactive so I will not be liable for tens of thousands of dollars in bills.’

In mid-January, the situation remained unresolved. ‘We are going into a grievance hearing tomorrow with the help of our postdoc union to try to fix these issues,’ said Rothwell on January 13. ‘However, we aren’t hopeful … I am going into surgery next week to have my potentially cancerous tumour removed, and we haven’t had any resolution for health care under the University of Massachusetts system.’

In the US, postdocs usually fall under the category of ‘institutionally funded’ employees – typically supported by research project grants and enjoying benefits similar to employees of the institution. However, those funded by other mechanisms generally receive significantly less support.

NPA data show that postdocs often lose their health insurance when moving from being paid from a grant awarded to their principal investigator (PI) to an individual fellowship. The NPA notes that some institutions provide an option for these individuals to sign up for graduate student health insurance, but it is often a lesser insurance that is inadequate for postdocs, especially if they have, or want to start, families.

Chris Hayter, an Arizona State University professor who studies entrepreneurship and job transitions among university scientists, says postdoc status can be abused. ‘These positions are not well-defined by universities, and we found in our study that PIs can use this lack of definition to extract what they can.’ He suggests that the Ekins-Coward case is ‘a symptom of a bigger problem which is, at worst, PIs and universities defining these roles as loosely as possible for their own benefits, and at best is the general neglect of postdocs, their training, and related career outcomes.’

The roughly 10,000 postdocs working in Canada face similar conditions to those based in the US, according to Joe Sparling, former chair of the Canadian Association of Postdoctoral Scholars (CAPS).

If you don’t have health and dental benefits, you are going to struggle

Even when there are explicit rules to ensure equality among postdocs, universities in Canada don’t necessarily comply. For example, the Alberta government passed legislation in 2017 officially recognising all the province’s postdocs as employees – regardless of their funding source or title – but Sparling says some institutions there continue to refuse to consider externally-funded postdocs as employees.

This leads to a lack of health coverage for many Canadian postdocs. Free Canadian healthcare is a misnomer – basic provincial coverage covers visits to primary care doctors and hospitals, but not many other essentials like medications, Sparling notes. ‘If you don’t have health and dental benefits, you are going to struggle, especially if you are not perfectly healthy or you have children,’ he states. ‘Common life events can often spell disaster to a career in science, as the system is not designed to ensure adequate support.’

Sparling’s views are shaped by nearly five years with CAPS and other postdoc associations, fielding requests for help from postdocs in trouble. He never encountered a case as dramatic as Ekins-Coward’s, but most of the horror stories he heard involved maternity leave.

‘One poor woman had a baby due in June, her contract expired in May, and her supervisor refused to sign her up for another contract because she wouldn’t be able to work for a bit after the baby arrived – so she lost her postdoc position and had absolutely no income and no insurance whatsoever,’ Sparling recalls. ‘Many outstanding young researchers have been forced out of science like this, abandoned by the system because their pregnancy or medical issues were inconvenient.’

Sparling isn’t surprised about Ekins-Coward’s treatment. ‘University administrations can be disturbingly cold in these situations,’ he says. ‘There are people at the institutions who are paid hundreds of thousands of dollars a year to find ways to avoid these kinds of expenses.’

Meanwhile, in the UK

There are also significant disparities among the approximately 45,000 postdoctoral researchers in the UK, according to Katie Wheat, who heads higher education engagement for Vitae, a non-profit that champions researcher development.

More than 65% of UK postdocs are employed on ‘fixed-term’ contracts lasting anywhere from a few months to four years, and the remainder work under ‘open-ended’ contracts with no specific end date. Those in the former category are notified of the end of their employment six months before their contract ends, while those in the latter group can only lose their job if the employer follows a formal redundancy process to justify that their position is no longer required.

Under UK law, employment benefits and conditions must be equivalent for all postdocs, but in practice their working conditions can be quite different.

Postdocs hired on fixed-term contracts are more likely to be frequently mobile and have periods of unemployment. ‘Although the legal status is the same in practice, if you are employed on a temporary, fixed-term basis, you might find yourself with an employment gap, whereas someone with an open contract wouldn’t,’ Wheat states.

‘As there is no tenure in UK academia, anybody could be made redundant, but you at least have a perception of security if your contract is open-ended, and very much a perception of insecurity if you know your contract will finish in a few months and you have to look for another contract in order to be able to pay your bills,’ Wheat continues. ‘You can imagine the kind of pressure that puts on you,’ she says, suggesting that it is very hard to settle down and start a family under those circumstances. 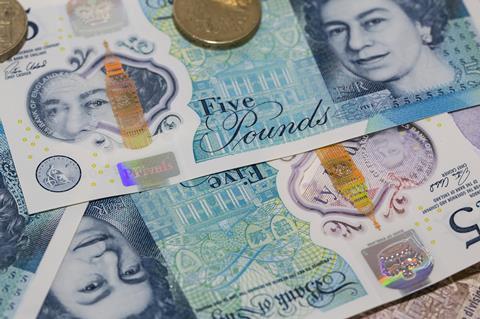 Indeed, anecdotal reports indicate that this more tenuous employment situation makes it harder for those on fixed-term contracts to gain mortgage approval to buy a house in the UK.

Pensions can also be an area of inequity between postdocs in the UK. Although most UK universities belong to two pension schemes, researchers on fixed-term contracts – who must move from institution to institution to keep employed and sometimes even internationally – might not join the same pension scheme across these different employers.

For decades, universities everywhere have crammed postdocs into various designations to accommodate grant requirements and tax codes, leading to a certain invisibility for that population. This has permitted injustice and inequality to flourish and rectifying the situation will probably require the standardisation of postdoc titles.

The multiple titles and switchable designations enable institutional policies to be circumvented, and they allow postdocs to disappear from data collection systems, argues Gary McDowell, founder and CEO of the Chicago-based consultancy Lightoller, which advises on early career researchers’ needs. He says existing estimates of the postdoc population could be off by a factor of two, because research institutions count them in different ways.

‘We need a more formalised, centralised way of dealing with postdocs – a grouping for that category that could have many subgroups,’ McDowell suggests. He says this can help ensure that postdocs aren’t being exploited as a cheap alternative to staff scientists.