Investigation finds explosion that seriously injured postdoc was caused by static electricity, but also links the accident to safety failings 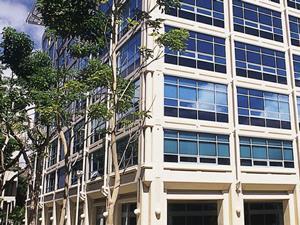 The explosion at the lab seriously injured a postdoc working there

An explosion at a University of Hawaii Manoa laboratory that took the arm of a visiting postdoctoral researcher was likely caused by static discharge, according to the results of an independent investigation.

The University of California Center for Laboratory Safety has released two reports outlining its findings and providing recommendations on how the university and other research institutions can improve laboratory safety.

Investigators also noted that certain safety failings might have played a role in the incident. ‘While it could be argued that the experimental circumstances in the POST 30 lab were unique, the Investigative Team concludes that serious deficiencies in the institution’s approach to laboratory safety contributed to a lapse in proper risk assessment and lack of a culture of safety that ultimately led to the accident,’ they say in one of the reports.

The explosion occurred in March at the Hawaii Natural Energy Institute biofuels research laboratory, when visiting research fellow, Thea Ekins-Coward, was transferring hydrogen, oxygen and carbon dioxide into a low-pressure gas tank to make a growth medium for cells.

A previous, preliminary analysis conducted by the Honolulu Fire Department suggested that an inappropriate pressure gauge, which was not designed for use with flammable gases, might have been to blame for the explosion. However, the team in charge of the new investigation has concluded that static electricity released into the tank was most likely the cause, Michael Bruno, vice chancellor for research at the University of Hawaii at Manoa, said in a press conference on Friday.

‘Their assessment is that it did not require a significant discharge of electricity to ignite the mixture, and that was the likely cause,’ Bruno said. ’By all accounts and from everything that we know so far, there were many, many efforts to make this process as safe as possible, and in fact the exact same experiment essentially had been conducted 10 or perhaps 11 times prior to this accident occurring.’

All the labs at the university that work with flammable or pressurized gases have been shut down since the day of the accident, and they are expected to start opening this week, Bruno said. Following the accident, the university also established a Chemical and Physical Hazards Committee, in accordance with one of the recommendations by the UC Lab Safety Team.

In their reports, the investigators pointed out that there had been other, ‘near miss’ incidents prior to the explosion that had not been sufficiently addressed. For example, one day before the incident, Ekins-Coward reported a cracking sound during another experiment, which involved a smaller pressure vessel, to her principal investigator (PI), who advised her not to use the same vessel again. Still, that event ‘should have triggered a shutdown of operations and initiated a thorough investigation of all procedures’, said the investigators. ’But the significance of this near miss event went unrecognized and nothing happened.’

Weeks before the accident, Ekins-Coward had also told the PI about receiving static shocks when touching the pressure vessel and the gas storage tank during prior experiments, but he told her not to worry about it.

‘I think there is no question that the PI was negligent in his behavior,’ says Paul Bracher, a chemist at Saint Louis University, US, who was not involved in the reports. ‘It is one thing to not foresee a problem. But when someone brings an obvious problem or a potential problem to your attention, and then you still don’t fix it or ignore it, that’s a whole new level of negligence.’ He adds that Ekins-Coward was ‘way better than the average person’ when it came to dealing with safety, based on information in the reports. And, as the investigators noted, she had come to UH from a research environment in the UK, where the culture of safety is more rigorous than in the US. ‘The system and her advisor failed her,’ Bracher says, ‘and she paid the price.’

At the same time, he noted that insufficient resources and increasing workloads that PIs commonly face likely contribute to such safety issues. ‘PIs have schools counting on them to do a ridiculous amount of stuff for one person,’ Bracher says. ‘You are running classes, you are designing classes … you are expected to run a research lab, where you are being productive, you are bringing in money, and somewhere in that list is making sure that everything that is going on in your lab is safe.’ He thinks one of the most important recommendations made in the reports is that researchers should not ignore ‘near miss’ events that may come up during experiments. ‘If you have something that happens and it seems serious, it probably is,’ he says. ‘And you need to take the time and stop and evaluate what went wrong to lead to that near miss before you just go ahead and start new experiments.’