Reserving room on the rocket 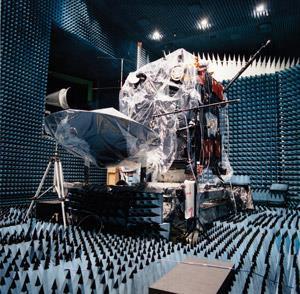 Geraint Morgan will never forget the week in 2014 during which Philae landed on Comet 67P (Churyumo–Gerasimenko). As project officer at the Open University, UK, Morgan had helped to design and build a gas chromatography (GC) instrument on the lander and was thus in the midst of the excitement at the control centre in Cologne, Germany, at the time. ‘It was the most adrenaline-filled week of my life – every single emotion went through me,’ he recalls.

‘Within nine minutes of the first impact we got our first data and it was what we expected it to be. There were components that we had thought might be there as well as others,’ he says.

Recently, the excitement has come flooding back to him with news that Philae, after landing in a dark hollow, has now collected enough sunlight to function again. ‘Once the batteries have enough power, it’s just a matter of starting to switch the instruments back on,’ he says. ‘The reality is that we will never have enough power to do the full science that we wanted to do because we don’t have enough hours of sunlight, but we can certainly do some more, interesting science.’

Morgan has mastered the art of patience. His device, Ptolemy, was loaded onto the mother ship Rosetta over a decade ago. Before that, as part of a team including the late Colin Pillinger, Morgan helped to put together the original funding bid, with a specification to make a device the size of a shoe box, with a mass of just over 4.5kg.

Once awarded the funding, the team had to go through a long series of reviews with the European Space Agency (ESA) to check it was meeting set milestones. ‘It’s a very formal process – you learn the process and how to deliver against the objectives,’ he says. ESA’s primary concern was whether the instrument could damage any other devices on board, or worse, the spacecraft. ‘If you don’t meet your agreed targets, for example if you make the device too heavy, they won’t let you fly and will send a lump of aluminium instead,’ he says.

The instrument needed to withstand 10 years of radiation exposure, as well as match technological advances on Earth. ‘A lot of the things that we developed were well ahead of the time,’ he says, despite the fact that the team was restricted to using ESA ‘qualified components’.

In the years since the economic crisis, the labs have continued to raise funding for their research, partly by working with commercial companies. For example, one of Morgan’s colleagues is working with a Swiss micro-machining company to develop an even smaller GC instrument. ‘We are also looking at potentially going back to the Moon,’ says Morgan.

Despite the Philae highs, Morgan is ‘not hung up on space’. As an analytical chemist, what drives him is the challenge of building a system that can answer key questions. ‘I think my training is in identifying a problem, understanding it, turning it into a technical specification and then turning that into a design that can be tested,’ he says.

He works on many projects, including one to sniff out bed bugs using a mini GC–MS, as well as another to design safety equipment for Royal Navy submarines. ‘In future, submarines will have safer working environments because of what we have designed for them. There’s a satisfaction in that,’ says Morgan. He is also putting together a funding bid for a project to bring space engineers and scientists together with medics to ‘see if we can help with novel solutions to day-to-day problems’. Often, doctors know what the answer to a problem is, but don’t have the means of implementing the solution, he suggests. ‘Space engineers and space scientists are very good at coming up with new ways of doing things because that’s what they have to do.’ 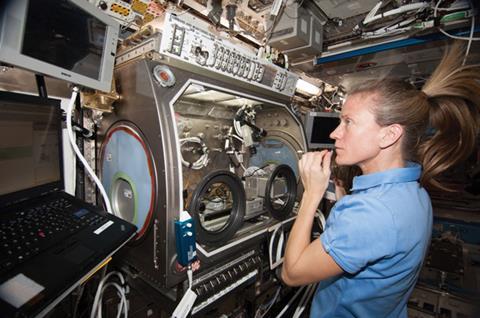 In the US, researchers can gain access to the International Space Station (ISS) US National Laboratory. But first they need to convince the Center for the Advancement of Science in Space (Casis) of the merits of their idea.

Researchers can apply for Casis funding to carry out research on the space station, either following requests for proposals (RFPs), or by sending in an unsolicited research ‘white paper’ outlining their plans, explains marketing and communications manager Patrick O’Neill. ‘We evaluate all projects for operational feasibility, scientific merit and for whether there is a potential benefit for life on Earth,’ says O’Neill. Casis is also actively encouraging companies to carry out research on the ISS. RFPs to date have included protein crystallisation and stem cell biology.

Unlike the Philae project, the time to launch a project on the ISS can be as short as six months, particularly if it does not rely too heavily on the station’s resident astronauts. ‘We work with Nasa, astronauts and researchers to make sure the transition is as easy as possible,’ says O’Neill. These days, many of the ISS astronauts have a background in medical research, he adds. ‘In years past, we would see a lot of fighter pilots, but now almost all of the astronauts going up are engineers by trade or individuals with a medical background.’ For longer projects, the astronauts spend time understanding the research before travelling to the space station.

In particular, Casis highlights the benefits of microgravity research. For example, it recently issued a request for information on microfluidic 3D systems for organ-on-a-chip research, as part of its ‘Campaign Good Health’ initiative.

In April 2015, the latest wave of experiments reached the space station via the SpaceX Dragon capsule, which visits four to five times a year. This included projects from pharmaceutical companies Merck & Co and Novartis. The former is studying the growth of crystalline monoclonal antibodies in microgravity. Novartis meanwhile is monitoring the effects of the space environment on musculoskeletal and neurological systems in mice. Living in microgravity affects the mice in ways that mimic ageing: their muscles atrophy and they lose bone mineral density. The company hopes to improve the treatment of muscle and bone-related diseases.

For researchers wanting data within a short timeframe, it is sometimes possible to obtain results in the 30 days that the SpaceX capsule is docked to the ISS, so that it can return with data.

O’Neill is keen to let companies know that ‘the space station is open for business’.

‘New and non-traditional visitors can use the station for life sciences, materials science, physical science and Earth observation research,’ he says.

In February 2014, a team of European space scientists got the news they’d been waiting years to hear: their beloved spacecraft was going to fly.

The mission, Plato (planetary transits and oscillations of stars), will search for planets in other solar systems. Plato’s selection as the European Space Agency’s (ESA’s) third medium-sized mission, M3, in the Cosmic Vision programme followed a long and bumpy saga: Plato was shortlisted for the ESA’s previous medium-sized missions (M1 and M2) but fell at the final hurdle. ‘M1/M2 didn’t go well,’ says Roberto Ragazzoni from the Astronomical Observatory of Padua, Italy, who leads Plato’s telescope design team. 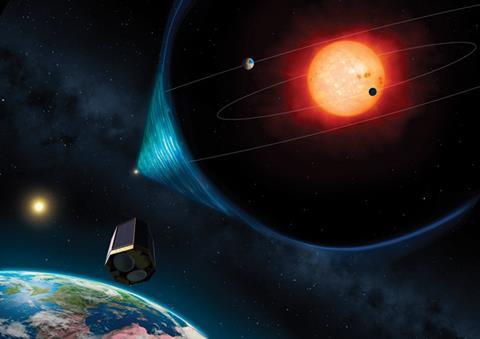 After a long wait, the Plato mission is finally on track to begin its search for other planets

Ragazzoni’s scientific career began as a research astronomer in 1992. Between 1994 and 1996, he helped design the cameras for the Rosetta spacecraft that in 2014 landed on a comet.  But he found the politics involved in running and operating the cameras off-putting. Thus, he decided to refocus his attention on ground-based astronomy, where he became expert in non-linear optics – and in 2008 was invited to return to space-based science by joining the Plato team. Since then, exoplanet science has become a central theme of his work.

After the disappointment of the M1 and M2 selection, the ESA bumped Plato straight onto the shortlist for M3, to the consternation of the others on that shortlist. Ultimately, Plato was the chosen mission, much to Ragazzoni’s surprise.

Putting so much energy into a project like Plato has risks, Ragazzoni says. It can take the focus off other projects and team morale is likely to suffer if the proposal is rejected after many years hard work. He has a strategy, however: ‘I think one should do this kind of thing with very high energy,’ he says. ‘You have to believe there is a chance you are going to change history. To a certain extent you have to dream a little.’ Therein lies another risk: ‘This drains a lot of energy and resources. Then one day the project can be stopped, and this will cause you to look back and think you have wasted significant time. This is the gamble of playing in the space missions arena.’

Katharine Sanderson is a science writer based in Bath, UK