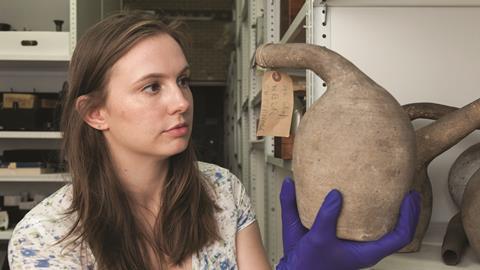 Source: © The Board of Trustees of the Science Museum, London

That belongs in a museum!

For the 3.4 million people who step off the busy streets of London, UK into the Science Museum each year there is much to feast their eyes on. Established in 1909, today the museum houses around 20 exhibition spaces designed to educate and enthuse the public on topics ranging from space travel to climate change.

Behind the scenes is a busy team of 35 curators working on how best to display the over 300,000 objects in the museum’s care. These curators are also responsible for the acquisition of new objects and research into the history of those already in their collection. Sophie Waring joined the museum as its chemistry curator in February 2017.

Waring has a PhD in the history and philosophy of science, graduating from the University of Cambridge, UK, in 2014. Prior to that she studied for an undergraduate degree at University College London (UCL) and then a joint masters degree at UCL and Imperial College London, both in the history of science. ‘History of a science is a strange discipline because you can either come at it, as I did, through being an historian, or through being a scientist,’ says Waring. ‘Many of our curators took their first degree or have PhDs in science.’ 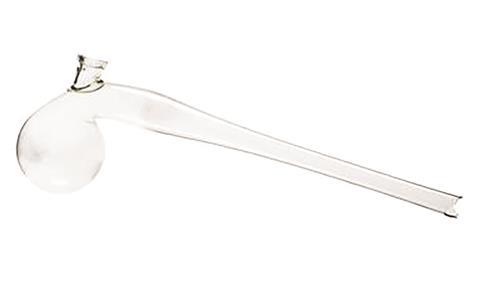 This retort, with a tubulure top opening, dates from the 19th century and is of unknown origin and maker. What kind of distillation would this have been used for?

Waring volunteered in museums throughout her university years, and says those experiences were instrumental to her landing her first curating role at the University of Oxford’s Museum of the History of Science. ‘It’s a tough industry to crack and most people have worked pretty hard to get a curator role,’ she explains. Through volunteering, Waring gained experience of collection management, handling historic objects and outreach work.

At the Museum of the History of Science, Waring was the modern collections curator responsible for objects from the late 18th century onwards. At the Science Museum, she manages all the chemistry-related objects – from Michael Faraday’s chemical chest and Dorothy Hodgkin’s models to James Lovelock’s personal archive. ‘I also promote chemistry internally with the other curators to make sure it gets featured in all the appropriate galleries,’ she says.

In 2019, the Science Museum will open a new permanent medicines gallery outlining how healthcare has changed through history. Waring is preparing display labels for a section on x-ray crystallography that includes objects built by Dorothy Hodgkin and Kathleen Lonsdale. ‘As well as promoting chemistry this is also a really important opportunity to talk about women in science, technology, engineering and mathematics,’ she explains. 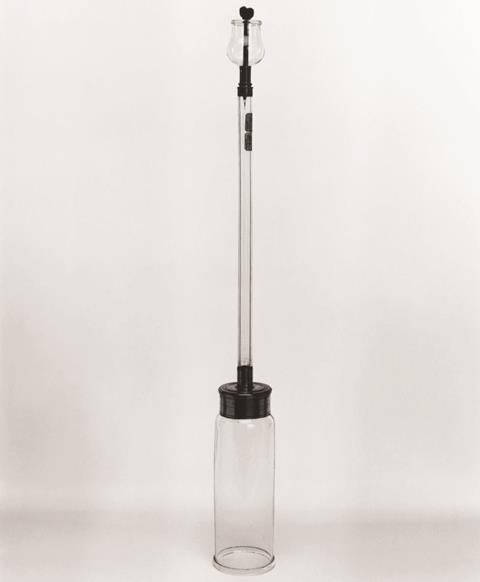 This item is from the Fleet Street workshop of the famous Georgian instrument maker George Adams. Currently, the Science Museum team thinks it was used as apparatus for filling barometer tubes; can you think how it might have done this?

Anniversaries are frequently the reason behind temporary exhibitions. ‘We have loaned objects to the British Library’s Harry Potter: a history of magic exhibition, opening this October,’ says Waring, celebrating the boy wizard’s 20th anniversary. She is also in the early stages of putting together a collection to celebrate the 150th anniversary of the publication of Dmitri Mendeleev’s periodic table in 2019.

Sponsorship can also drive new exhibitions. The interactive Wonderlab, with live chemistry shows, for example, was sponsored by Statoil. The industry sponsorship of museums can be a controversial topic, but with funding tight in the heritage sector, outside funding is something curators are keen to court.

Curators can also propose exhibition ideas based around objects in the collection that spark their interest. ‘We have an internal process of bidding for exhibitions, so you write up a proposal and then the powers that be at the science museum decide whether or not to go with it,’ Waring says.

Another of Waring’s responsibilities is to ensure that the museum collection is balanced: holding items that reflect the history of chemistry well. ‘I am currently undertaking a full-scale review of the chemistry collections and looking for any gaps in the collection to see where I should be acquiring things,’ she says. 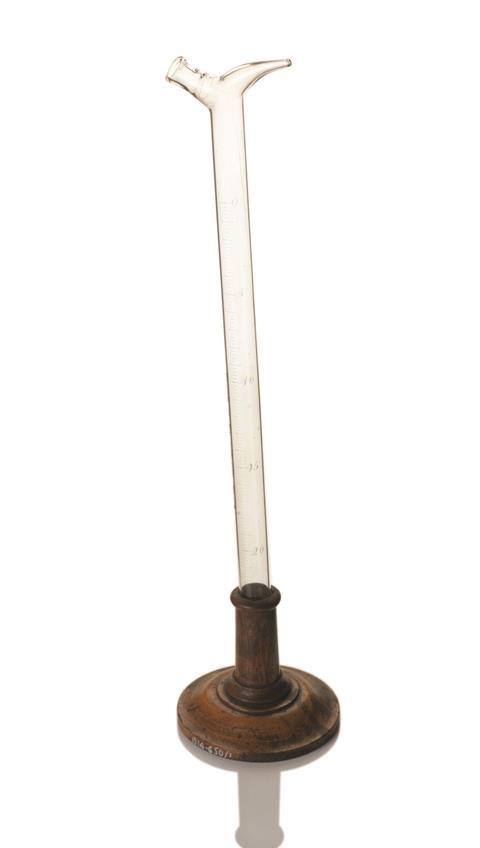 This is a Binks’s burette. It was most often used in titrations, control was provided by a thumb placed over a side tube. The Science Museum has examples from St Bartholomew’s Hospital and others from the dye manufacturers Simpson and Maule. When did this glassware stop being used? Do you remember doing titrations this way?

But where does a curator go shopping? ‘Sometimes we actively pursue things and sometimes items are donated to us,’ Waring explains. It’s not only old things that curators collect: ‘We also acquire contemporary, even every day, items if we think they will be of interest in the future. Trying to collect in this way is one of the most exciting and creative parts of the job.’

And it’s not just physical objects that are collected; personal histories of people using items are also valuable. ‘I’ve got pieces of scientific equipment from the 1960s to the 1990s that I’m very keen to collect oral histories for from chemists who remember using them.’

The role of a museum curator has evolved in recent years. ‘Researching the collection has always been an essential part of the job and presenting that work in academic settings, such as conferences and peer-review publications, has become an increasingly important part of the job,’ says Waring. ‘The research output at the Science Museum is very strong and many of the curators here have written books about the history of science.’

In the future, Waring expects these ties with academia to become stronger thanks to a shift in how the Arts and Humanity Research Council funds PhD students. ‘Many history of science PhDs are now being co-supervised by staff at museums,’ she says. ‘I think that will make the discipline more and more academically minded as we all become PhD supervisors - that’s going to shape and change the industry quite a lot.’

#chemglass: can you help?

The Science Museum has launched a new research project, #chemglass, to identify the role of items in its collection of historical glassware. As part of the project, the museum is keen to use the practical experience of chemists.

The collection dates back to the 18th century and contains thousands of examples of the huge variety of glassware that chemists have used and continue to use today. Much of the chemical glassware in the collection is well documented, with records detailing where the item was manufactured, where it was used and what kind of laboratory or field work it was involved with; in some cases, there are even records of who owned the item. But there are gaps.

There are two strands to the #chemglass project. ‘First, even if we have a lot of practical information about our collection, it is helpful for historians to understand the nuances of practical use of an object,’ explains Waring. ‘I hope that people will offer their memories of using the pieces of glassware we profile and can tell us if it was a useful reliable tool and essential for a certain experiment. Or, if it was too fiddly or not quite the right design, did they have to adapt it or break it? Perhaps they used it for something other than its original intention. No thought or contribution is too small.’

There are also some objects that the curators are not sure about: for example, how were they used or how an experiment would have worked. These are most often the older items in the collection, where the precise nature of the item has been lost to history. Waring is hopeful that the knowledge of modern day chemists will shed light on the possible uses and roles of these historic objects.

The Royal Society of Chemistry will be promoting the project on Twitter every week for the next three months using #chemglass.

You can send your thoughts, memories and feedback to pressoffice@rsc.org; the team would also like to know if there is a type of glassware you’d like to see featured.