4
The daily struggle of LGBTQ+ scientists 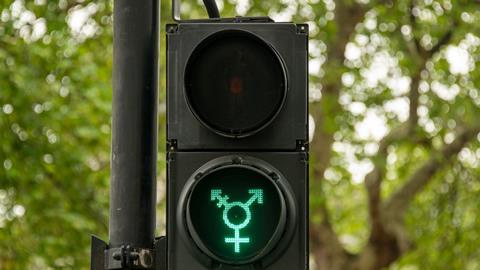 The daily struggle of LGBTQ+ scientists

Sofia Kirke Forslund knew back in college that the gender assigned to her at birth wasn’t right for her, but she wasn’t quite certain what her exact gender identity was. As Forslund started her PhD, she decided to put her explorations aside. ‘I simply assumed they wouldn’t be possible to understand, and I would miss out on opportunities and collaborations, and I didn’t feel certain enough of what I was to be able to justify taking the risks,’ she says.

However, suppressing her gender identity took an emotional toll on the computational biologist. ‘Every social interaction was somehow stressful because I felt that people aren’t seeing who I actually am, whoever that is,’ says Forslund. ‘I felt that they were interacting with a mask that isn’t me, and that was draining.’

Luckily for Forslund, she met two queer scientists during her postdoc, who inspired her to be herself. ‘What I started to do then was to gradually try to test the boundaries of what I could express and try to make sure that I was, at least, presenting as much of my weirdness outwardly that I could be assured that the people I did become reliant on professionally wouldn’t be surprised or wouldn’t turn on me if I went further,’ she says.

Forslund started her medical transition towards the end of her postdoc in 2017, and then in 2018, moved to Berlin to start her position as a principal investigator at the Max Delbrück Center for Molecular Medicine in Berlin, Germany.

There, she came out to her recruiters before joining. ‘Because I realised that if I didn’t do it at the point where I took up the new position, I would keep on worrying: is it safe to do it now, do I need to wait any longer?’ she says.

While Forslund eventually found her way in the highly competitive world of science, many queer scientists don’t. Even in countries that promote gender equity, career paths of LGBTQ scientists are often dotted with hurdles that their straight and cis colleagues never face.

The feeling of not belonging

A Science Advances study published this year analysed survey data from over 25,000 Stem professionals at 21 professional societies and found that individuals in the LGBTQ+ community were more likely to encounter discrimination and harassment at their organisation than their non-queer co-workers. One-third of the respondents reported that their peers’ behaviour made them feel socially excluded at work. Additionally, LGBTQ+ professionals were 41% more likely than their straight counterparts to have had trouble sleeping in the past year.

Similarly, a 2019 survey of LGBT+ physical scientists and allies by the Institute of Physics, the Royal Astronomical Society and the Royal Society of Chemistry found that 28% of the LGBT+ participants had contemplated resigning from their job– that number shooting up to 50% for trans respondents.

While Matheus de Castro Fonseca is out to – and feels supported by – his colleagues at the Brazilian Biosciences National Laboratory in Campinas, Brazil, the cell biologist’s interactions with the wider Stem community, especially at conferences, are often awkward. ‘It’s not natural [for me] to mention that I have a husband, as it is for a heterosexual person to say that [they have] a wife or husband,’ says Fonseca. ‘We don’t feel comfortable being ourselves because we don’t know how [others are] going to react.’

Young queer researchers are often discouraged to see little representation of their community at the faculty level. Early on in his career, Christopher Whitehead, a chemistry postdoc at the University of Basel in Switzerland who identifies as gay, had a particularly hard time finding queer mentors in his field. ‘I kind of thought to myself, could I ever be a professor? I don’t see anyone that shares my experience, then do I belong?’ he says. Later, though, Whitehead was able to find support from queer-identifying chemists on Twitter. Similarly, Forslund says: ‘The reason I was always so afraid of coming out is related to the fact that I didn’t have any role models of LGBT people.’

Systemic problems in academia run deep, often getting in the way of well-meaning institutional policies against discrimination and harassment. Referring to policies at her workplace, Erika Merschrod, a professor of chemistry at Memorial University of Newfoundland in Canada, who identifies as lesbian, says: ‘[They’re] put in writing and that’s support. I do think that it is valuable to have something that you could point to. But honestly, unless someone does something that is a directly fireable act, which most of these things are not under labour law, then it’s risky to do anything about it because you still have to work with them.’

While not every queer scientist may feel the need to come out at work, for some it’s important – and an inclusive environment can make the process easier. Whitehead decided to come out while he was a graduate student at Colorado State University in the US because he found the work environment there supportive. ‘The faculty were very accepting, very open,’ he says.

Now, Whitehead finds it liberating to not have to hide behind a false identity. Indeed, a study by Diversity Council Australia found that employees who were out to colleagues were more likely to be innovative at work compared with those who weren’t. ‘The biggest piece is that it allows me to not lose mental and emotional energy on trying to watch what I say or how I say things,’ says Whitehead. ‘I’ve heard people say, “well, science doesn’t care who you love.” But for someone to do science, they want to be able to focus their time and energy on that; if they’re focused on hiding parts of themselves or trying to be careful about every single thing they say, it’s going to make it harder to work.’

LGBTQ+ scientists are also likely to not work at places that don’t promote gender diversity. Lucy Troman, a postdoctoral research associate in biochemistry at Birkbeck, University of London, UK, says they choose workplaces keeping in mind their queer identity. ‘I like being myself, and I like engaging with other queer people. So, it would be important for me, specifically, and other people who want to express themselves to find a work environment where they can just be themselves,’ they say. ‘It’s a lot easier than being in an environment where you feel like you’re being judged or not taken seriously for being different.’

One of the reasons Nancy Williams, a trans woman who is an associate professor of chemistry at the WM Keck Science Department, an integrative department for Claremont McKenna, Pitzer and Scripps Colleges in the US, came out a few years ago was because she wanted to be a role model for younger scientists. ‘I never knew any authority figure in my life who was out as queer in any way, let alone trans,’ Williams says. ‘I don’t think I met anyone who I knew was trans until 2010. And so, it was very important to me to be that person for the generation coming after me.’

Similarly, Eóin Molloy, a gay neuroscientist at Otto von Guericke University Magdeburg, Germany, says it’s important for him to be himself as that may inspire the younger generation. ‘I haven’t won a Nobel prize, I’m just a regular scientist, but seeing somebody who’s able to do a job, enjoys doing their job and enjoys the people they work with, might just encourage somebody or make somebody feel a little bit more comfortable with going into science, being who they are,’ says Molloy.

On the flip side though, being out at work means more service and mentoring load for queer scientists. For Williams, this involves ‘the student who flops down in the chair in my office and just needs to talk. And that’s wonderful. It’s the most rewarding part of my day … but I don’t get promoted for that.’

When Williams came out a few years ago, she received tremendous support from her colleagues, but had to jump through hoops to get her name and email changed in the institution’s system. ‘The biggest problem is that our systems are designed a certain way, assuming that everybody is cisgender,’ says Williams. ‘They assume that nobody will ever change a name. Or if they do change name that they will continue using their old name professionally.’

That’s why institutional change is so important for diversity and inclusion. Donald Outing, vice president for equity and community at Lehigh University in the US, says a combination of policy change and education is important for this to happen. Lehigh University’s Pride Center for Sexual Orientation and Gender Diversity has been instrumental in the development of the chosen name policy at the university, which allows students and faculty to easily switch to a name different from their legal name in the university system. ‘This helps avoid the trauma of having to constantly see one’s deadname show up in communications,’ says Outing. The Pride Center is also helping to push for a more equitable family leave policy at the university.

There’s also a need for more data on the representation of LGBTQ+ community in science. This will help find out, says Fonseca, how underrepresented the community is within academia – and why. The US funding agency National Science Foundation told Chemistry World that it is currently conducting studies to test various approaches to collect data on sexual and gender identity through its surveys. Along similar lines, the American Chemical Society has introduced the ‘prefer to self-describe’ option for gender information in its membership application form.

Diversity and inclusion measures can backfire, so it’s important for administrators to consult queer staff before making any changes. Once Fonseca declined to attend a conference that had a dedicated section in which LGBT scientists could present their research. ‘I want to be merged in the group; [I] do not want a special section,’ Fonseca says. ‘I’m going to talk about my science, not about my sexuality or gender.’

There are a lot of simple, tried-and-tested things that institutions can do to show support, says Molloy. For example, mentioning pronouns in emails, irrespective of whether someone is straight or queer. ‘It just says this: I am aware that other people can be different. I’m aware that situations can be difficult for other people that may be slightly different in terms of their sexuality or gender identification – and that acknowledgement is just a very powerful message for me personally,’ he says.

Similarly, cultural activities such as pride marches and celebrating LGBTQ+ Stem Day (which this year falls on 18 November)can bring queer scientists joy. ‘If you know that a university does a pride month, even if you’re not participating in it, you know that they are encouraging, supportive and accepting of who you are,’ says Troman.