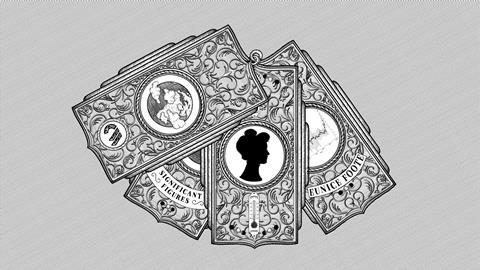 The first person to link carbon dioxide to atmospheric warming has almost been forgotten. Rachel Brazil uncovers her story

‘If Charles Darwin’s name was Carol, would anybody have listened?’ asks John Perlin, science historian at the University of California, Santa Barbara, in the US. Perlin is currently writing a biography of Eunice Foote, who seems to have suffered the fate of being ignored by her contemporaries. Her 1856 paper on the ‘circumstances affecting the heat of the sun’s rays’ describes the warming effect of carbon dioxide in the atmosphere and pre-dated John Tyndall’s similar conclusions by three years. Now Perlin and others are digging for more information on Foote, a remarkable woman whom he says deserves to be remembered ‘as the person who laid the bricks for our understanding of climate change’.

Foote was serendipitously rediscovered in 2011 by Ray Sorenson, a retired petroleum geologist from the US state of Oklahoma with a penchant for old scientific journals. He came across a report on Foote’s paper in a copy of the 1857 Annual of Scientific Discovery. ‘It was just blind luck that I happened to stumble onto it,’ says Sorenson. ‘I recognised that what they were reporting didn’t fit with conventional wisdom.’ He subsequently published an article that brought wider attention to her work, ‘I’ve certainly had more comments and interest in that paper than anything else I’ve ever written,’ he says.

Perlin’s introduction to Foote led him to an obsessive search for more information in the upstate New York region where she lived – then the heart of progressive thinking in the US. ‘I spent three weeks following a breadcrumb trail,’ says Perlin. In spite of his work, a definitive photograph or drawing of Foote is still to be found. He discovered that Eunice, born in 1819 as Eunice Newton, a farmer’s daughter, had the advantage of being educated at the Troy female seminary – the only US school for girls that offered a scientific curriculum, including its own chemistry teaching laboratory. ‘It was considered that the scientific courses there were equal to any male college,’ says Perlin. The pupils were taught that they should be ‘the companions, not the satellites of men’.

Eunice married Elisha Foote, a judge, inventor and mathematician who was meteorologist for the small town of Seneca Falls and from 1868 served as commissioner of the US Patent Office. Also educated in a progressive school, Elisha seemed to have worked alongside Eunice and presented his own paper at the same meeting, also on the sun’s radiant heat, but with little significant content.

As 19th century scientists, they were likely to have become interested in the idea of a changing climate due to geological discoveries throughout the century. ‘Looking at rocks that had been there for millions of years, you find fossils that are very suggestive of being deposited in a tropical climate. So there was always a concern that climate had changed over the millions of years of history,’ explains Sorenson. Nobody yet had a good explanation of why the climate might have once been much warmer.

Foote’s paper was presented at the 10th annual meeting of the American Association for the Advancement of Science (AAAS) in Albany, New York, in 1856. But presumably because women were not allowed to present their work, her paper was read by the eminent American scientist, Joseph Henry, the first secretary of the Smithsonian Institution and an apparent advocate for women scientist (in his introduction he stated ‘science was of no country and of no sex’). It was the only paper presented by a women in the first 10 years of annual AAAS meetings and was not published in the conference proceedings, but rather as a short article in the American Journal of Science and Arts.

Her experiments involved testing the effects of sunlight on various air and gas samples in two glass cylinders. The warming effect of air inside a glass tube – the ‘greenhouse effect’ – had been described by Swiss scientist Horace-Bénédict de Saussure in 1770, but Foote’s experiments compared the different temperature increases with moist and dry air, as well as carbon dioxide, hydrogen and oxygen. ‘The highest effect of the sun’s rays I have found to be in carbonic acid gas,’ concluded Foote. ‘An atmosphere of that gas would give to our earth a high temperature; and if as some suppose, at one period of its history, the air had mixed with it a larger proportion than at present, an increased temperature from its own action, as well as from increased weight, must have necessarily resulted.’

Her article sparked interest and praise, notably in the 13 September issue of Scientific American magazine, in an article titled ‘Scientific ladies – experiments with condensed gases’: ‘Some have not only entertained, but expressed the mean idea, that women do not possess the strength of mind necessary for scientific investigation […] the experiments of Mrs Foote afford abundant evidence of the ability of woman to investigate any subject with originality and precision.’

She published more work, including patents, in the next few years and was a signatory of the 1848 Seneca Falls ‘declaration of sentiments,’ the foundational manifesto for the US women’s suffrage movement. Beyond this, we know little about her life.

A year later she published a second paper titled ‘on a new source of electrical excitation’ in the August 1857 proceedings of the AAAS. In this work she reported experiments on gas-filled tubes attached to a gold leaf electrometer to detect the presence of electric charge. She noted the effects of changing pressure, temperature and humidity and linked these changes to fluctuations in atmospheric pressure and temperature. ‘You can’t help but get enthralled by such an amazing pioneer,’ says Perlin. Her paper was met with excitement and she was even called ‘America’s Faraday’.

By 1860 she had also filed several patents, including one for improved paper making. Earlier in 1842 she had invented a thermostatically-controlled cooking stove, but this was patented in her husband’s name, because married women could not defend patents in court.

After her early scientific achievements she seems not to have published any further experimental results, but she was known for her involvement in the American women’s suffrage movement and abolitionist causes. She was the fifth signatory of the 1848 ‘declaration of sentiments,’ a manifesto for women’s equality, produced at the first US women’s rights convention in Seneca Falls . Foote was one of the five women tasked with writing up the conference proceedings. The last resolution stated that women should have equality in all professions, something Perlin suggests was likely stimulated by her experiences in science.

With the discovery of Foote’s work, one important question is whether Tyndall, working at the Royal Institution in London, would have been aware of her work when he published his own research in 1859 and 1861, and became generally credited for our current understanding of the greenhouse effect. Tyndall claimed that, with the exception of work by French physicist Claude Pouillet, ‘nothing so far as I am aware has been published on the transmission of radiant heat through gaseous bodies’.

With considerably more resources and scientific training, Tyndall was able to produce not only a quantitative analysis but a rigorous explanation of the phenomenon, explains Roland Jackson, visiting fellow at the Royal Institution and a biographer of Tyndall. ‘He instead of using instant solar radiation, used heat from a relatively low temperature source – boiling water and what we’d now call long wave infra-red.’ Tyndall was able to show that rather than the sun’s direct radiation, it is the infra-red energy re-radiated from the Earth that causes atmospheric heating, due to absorption and emission of radiation by oscillating molecules.

Given the historic context, Jackson thinks Tyndall would not have been aware of Foote’s work. ‘He was somebody who did take questions of priorities seriously,’ he says. ‘And I would point to several other examples where he clearly championed other people who he felt had not been given priority. Scientific communication in those days seems to have been rather different from what we would naturally expect today.’ He also points out that the German physicist Heinrich Magnus who corresponded with Tyndall and was working on similar research had not even been aware of Tyndall’s work for more than a year after its publication. So a publication from the US may simply not have been on Tyndall’s radar.

If Tyndall knew, then surely everybody else would have known

But Perlin does not agree and says that reports and summaries of Foote’s paper were reproduced in a number of European journals . The Royal Institution received the American Journal of Science and Arts and the November 1856 issue in which Foote’s paper appeared also included an article on colour blindness by Tyndall . The Philosophical Magazine , the Nature of its day, of which Tyndall was an editor, also published Foote’s husband’s paper, so Perlin surmises he surely would have come across Eunice’s article; ‘If you turn the page from the end of [Elisha Foote’s] article, her article appears.’ Plus, her article was abstracted in a German language compendium of the year’s most important discoveries and Perlin suggests Tyndall, who had studied in Germany, would probably have read such a journal – his fluency in German made him one of the few conduits between British and German science.

Perlin believes her status explains why she did not receive credit for her original findings. ‘Here you have, first of all, an amateur. Secondly, in the 1850s there was still a very superior attitude by the English to the Americans as being colonial, and then thirdly, which was probably the worst, she was a woman.’ Tyndall himself was known to be an opponent of women’s suffrage and believed women were intellectually inferior to men.

Jackson says it is strange that there isn’t a single mention of Foote’s work in any scientific correspondence he has seen. ‘If Tyndall knew, then surely everybody else would have known, and they would have been talking about it?’ But even today many women will have experienced the credit for their idea being attributed to a man and the communal amnesia that goes along with it.

With climate change now posing such a serious threat, Foote’s research could hardly have more significance. So what recognition does she deserve? ‘I would like to see her known as the mother of global warming and climate change,’ says Perlin. ‘Foote is the first person to suggest on the basis of reasonable experimental evidence that changing the amount of carbon dioxide and water vapour in the atmosphere could change the climate,’ says Jackson. ‘She really should be celebrated for this.’

As a woman, without the support of a wider scientific community, her achievements were all the greater and we can only imagine what she might have accomplished in other circumstances.