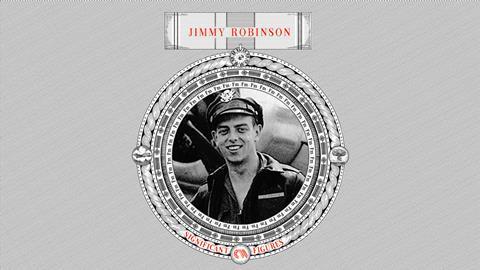 At the edge of Arlington National Cemetery, US, there is a small slope nestled under oak trees, its banks occupied by white headstones in memory of the US military’s honoured dead. Among them is a marker for Captain Jimmy Priestly Robinson of the US Air Force, Distinguished Flying Cross, Purple Heart, Air Medal. It celebrates a pilot who flew into a hydrogen bomb’s mushroom cloud to give the world two new elements – but whose bravery was forgotten for half a century.

By 1952, the world knew of 98 elements. The last six had been created at the University of California, Berkeley, mainly under the leadership of chemist Glenn Seaborg, by bombarding nuclei with light ions or neutrons. This technique hoped for neutrons to be ‘captured’ by the nucleus and for the element to then undergo beta decay, turning a neutron into a proton and moving the target atom one place up the periodic table. But neutron capture is rare; when a neutron does strike a nucleus, it’s far more likely to cause it to break apart. This process, known as nuclear fission, releases of massive amounts of energy; enough to power an atomic bomb.

The first generation of nuclear weapons only caused fission in a tiny fraction of their potentially fissile material. After the second world war, the US tasked physicists Edward Teller and Stanislaw Ulam with coming up with a more efficient bomb. On 1 November 1952, the US military tested the first device, ‘Mike’, on Elugelab in the Marshall Islands, as part of Operation Ivy. It was the world’s first thermonuclear device.

Mike was like ‘a very large steel thermos bottle’, six metres long and one metre in diameter, according to Alex Wellerstein, a science historian at the Stevens Institute of Technology in New Jersey, US, who specialises in nuclear weapons. Inside was an implosion fission bomb, while at the bottom of the cylinder were more chambers, containing liquid deuterium and another, called the ‘spark plug’, made of plutonium with tritium. 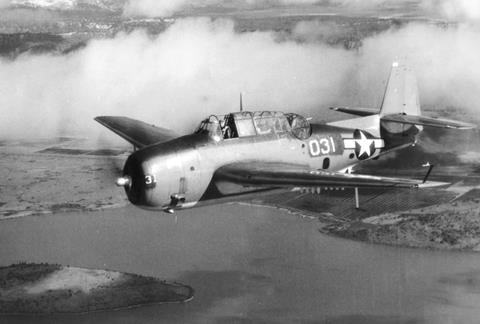 At 7.15am local time, the Mike bomb was detonated. ‘In about 1 millisecond, maybe 50 kilotons of energy was released,’ Wellerstein says, which sent out x-rays and gamma rays at the speed of light. ‘You can think of it as essentially flooding the entire case with a lot of hard radiation – enough radiation that it actually has a pressure to it, like suddenly staring inside the centre of the Sun. In the face of this barrage, the secondary charge is compressed so that the deuterium is maybe 300 times its original density. As it does this, it compresses the plutonium “spark plug” inside of it. At such densities the plutonium begins to fission as well.’

During the explosion, high-energy neutrons were also released, causing reactions in around 400kg of normally inert uranium. This resulted in more fission and a release of energy, but also nuclear fusion, with some the uranium atoms capturing and retaining additional neutrons, resulting in exotic isotopes never before seen on Earth. These would later beta decay, converting neutrons into protons and turning the atom into heavier elements.

The detonation resulted in a 10.4 megaton explosion – 500 times more powerful than the bomb that destroyed Hiroshima. Elugelab was erased from the map, vanishing in a 5km wide lightning-wreathed fireball, followed by a mushroom cloud that bloomed 40km high and 160km wide. It was then that the scientific mission began, explains Martha DeMarre from the Nuclear Testing Archive in Nevada, US. ‘Nuclear testing was experimental. You did the test for a reason, so they really had to look at various ways to determine its success. And cloud sampling was one of the ways they used to help with yield determination and various factors to see what was working.’

Robinson was chosen to fly a cloud sampling plane for the Ivy Mike test. Born in Memphis, Tennessee, in 1924, Robinson had joined the US Air Force during the second world war, becoming the bombardier of the B-24 liberator Dazzlin’ Duchess. On 11 June 1944, the Duchess lost two engines while on a bombing raid over Ploiești in Romania. Robinson parachuted free and became a prisoner of war. On his return to the US, he was commissioned as a fighter pilot, flying the F-84 Thunderjet. In April 1952, he flew inside his first mushroom cloud as part of the atomic tests in Nevada.

They were lost over the Pacific and running out of time

Atomic cloud sampling was renowned as hazardous work that required only the best pilots. In addition to flying a jet fighter through the turbulent maelstrom of a nuclear explosion, the planes had been modified with a suite of scientific instruments the pilots had to monitor while flying, as well as timing their flight with a stopwatch to measure their dose of radiation. In addition to the equipment, the planes’ wing fuel tanks had been replaced with filters to scoop up samples for analysis.

Around 90 minutes after Mike detonated, the first four planes, Robinson’s among them, made their approach. Here the flight split into pairs, with two Thunderjets entering the cloud at a time. One of the first duo, Virgil Meroney, described the interior of the cloud in his mission report as ‘a red glow, like the inside of a red-hot furnace’, while his instrument gauges spun ‘like the sweep second hand on a watch’. Ivy Mike had created the greatest concentration of high energy neutrons to ever exist on Earth, later estimated at 1024 neutrons per square centimetre, with some uranium atoms absorbing up to 17 neutrons.

Four minutes after Meroney’s flight, Robinson made his run with wingman Bob Hagen. The pair hit trouble almost immediately. Inside the cloud, Robinson was forced to make an emergency turn to avoid a pocket of radiation. His plane stalled and fell into an uncontrolled spin. With skilful flying, he was able to recover and exit the cloud. But free from the blast, Robinson and Hagen’s problems were only beginning: their planes’ electrics were scrambled, and they couldn’t locate the beacon to refuel. Rain squalls had also descended, reducing visibility. They were lost over the Pacific and running out of time.

By the time they found an airfield, both jets were running on vapours. Hagen ‘flamed out’ as he landed, bursting his tyres on impact. Robinson was too far out to make the field. He considered parachuting out, but to protect him against radiation he had been given a 60-pound lead vest. In the end, he attempted to land on the ocean. As he came down, his Thunderjet hit a wave and flipped over. The rescue helicopter arrived just as the plane sank out of sight. It was the last time anyone saw Robinson alive. He was 28 years old, survived by his wife and baby daughter.

These guys were of a different ilk. They were heroes. I don’t know if we’ll see their kind again

While rescue helicopters searched for Robinson, the filters from the other planes were recovered and shipped back to Los Alamos, US for analysis. There, scientists detected signs of the undiscovered isotope Pu-244, with a half-life of 80 million years. News reached Seaborg at Berkeley, whose team realised that, with the detection limits of the mass spectrometers at Los Alamos, the Pu-244 must have made up at least 0.1% of the sample. That meant other, even heavier elements would almost certainly have been created through neutron capture in the Ivy Mike blast.

The Berkeley group managed to persuade a former colleague to give them half of one filter taken from the sampling planes. In less than a month, careful analysis of the filter detected the then-unknown elements 99 and 100. The top-secret nature of the discovery meant it wasn’t revealed until 1955, when the team were able to synthesise the new elements in the laboratory. They were named einsteinium and fermium.

They were the first elements discovered by nuclear testing, and probably the last. ‘While there might be some interesting advantages to science to doing such tests, it is probably better for the world that they are not done,’ Wellerstein says. ‘They accelerate the arms race, and it is probably more important to the human species that we avoid that, than the benefit that such knowledge would bring us.’

By the time the new elements were announced, Robinson had been declared killed in action and posthumously awarded the Distinguished Flying Cross. But, as a casualty of a secret atomic test, he did not receive a memorial in Arlington until 2002. It’s only today that the risks taken by Robinson and other atomic veterans are being recognised. ‘These guys were of a different ilk,’ says DeMarre. ‘They risked their lives. They were smart, good, brave and very patriotic. They were heroes. I don’t know if we’ll see their kind again.’

Kit Chapman is a science writer based in Southampton, UK, and author of Superheavy, published by Bloomsbury in June 2019 and reviewed for Chemistry World by Philip Ball