Oil in the environment: legacies and lessons of the Exxon Valdez oil spill 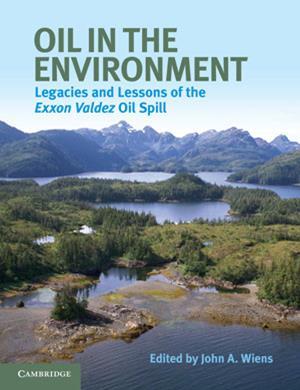 One legacy of the oil spill resulting from the grounding of the Exxon Valdez in March 1989 was the iconic images of oiled seabirds and marine mammals stranded on the beaches of Prince William Sound, Alaska. For the media and the public, this was a devastating disaster occurring in a pristine environment. But just how bad was it really? How long did it take for the ecosystem to recover, if indeed it did? How did the scientists document and measure the acute and chronic effects on the many animal and plant communities?

In Oil in the Environment, John Wiens has skilfully edited contributions from the scientists involved in every aspect of research related to the spill.

Every chapter of the book is well written and stands alone so the reader can dip into just one aspect of the spill, but a more comprehensive understanding is gleaned from reading the book as a whole. The level of detail and analysis is sufficient that those with very little knowledge of chemistry and biology can understand the key concepts, but there is plenty for the more specialist reader to appreciate. In the concluding chapter, the questions are posed: is there a continuing exposure risk and are there chronic effects? To which short answers are given: no and no. In a sense, the book is a longer answer to these questions and the rationale for it.

If I have one criticism it is that there is very little discussion given to toxicants in oil other than polycyclic aromatic hydrocarbons (PAH). It is now known that other hydrocarbons, such as branched alkylated monoaromatic compounds (up to ~C20), are toxic, persistent contaminants that are often present at concentrations much higher than PAH but rarely monitored. The argument is presented in several chapters that because the concentrations of PAH measured in biota were insufficient to cause the observed effects, the oil could not have been responsible. This may well have been the case but not necessarily.

That aside, I would recommend this book, not just to those interested in oil spills but to anyone who wants to apply the lessons learned from the Exxon Valdez spill to other disasters, both man-made and natural.

Purchase Oil in the environment from Amazon.co.uk