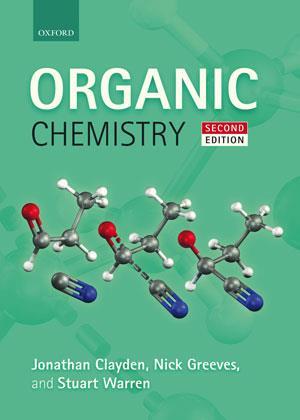 It’s an interesting position to be in to review the second edition of a book that, quite frankly, I grew up with. Having started my undergraduate course in the same year that the first edition of Organic chemistry came out, I can significantly credit it with fanning an interest in the subject into a lasting obsession – and I can see this edition doing much the same for the next generation of chemists.

It’s been 11 years since the first edition was released and it is a reflection of its calibre that it is has weathered the years remarkably well in a market that often produces new editions within five years of the last. While the first edition is still a valuable book in its own right, the second has been completely revised and updated, with substantial reorganisation of structure.

Many new examples are included to illustrate the text, yet, importantly, this second edition retains the clarity of both explanation and presentation that made the first so popular. Usefully, the end of each chapter now contains references to other more specialised texts and occasionally the primary literature for the enthusiastic student who wishes to further their reading. A new chapter emphasising regioselectivity has been introduced, and several new chapters have been created from the reorganisation of others, such as a chapter on the use of heteroatom methods to control alkene geometry.

The problems for each chapter are now published online rather than incorporated into the text. At the time of this review the full complement of questions had not been released, but the sample that I have seen has (again!) been largely revised from the previous edition. The questions offered vary from suitably introductory to entertainingly challenging.

It is a credit to the authors that a textbook that I have adored for so many years has undergone such a substantial overhaul and yet still retains the features that made it quite so attractive to students in the first place. I am delighted to say that this is a book that will continue to inspire students of organic chemistry for many years to come. Even if you already have the first edition, I am happy to recommend that you invest in this new version – you will not be disappointed.

Purchase Organic chemistryfrom Amazon.co.uk. RSC members can obtain this book direct from the publishers for a 25% discount on the RRP. See the RSC member benefits page for details.