In an exclusive article adapted from his new book, John Emsley explores the hallucinogen, medicine, deadly poison and antidote that is atropine

In an exclusive article adapted from his new book, John Emsley explores the hallucinogen, medicine, deadly poison and antidote that is atropine

The drama and mystery of forensics is attracting young people back to chemistry. And while the CSI  drama series is fictional, many real life cases are just as intriguing. None more so than the attempted murder of Alexandra Agutter by her husband Paul in 1994. He used atropine - choosing a readily available poison that was difficult to detect in bodily fluids and tissues. It would be almost impossible, he concluded, to link him to the intricate plan he had devised to hide his crime. 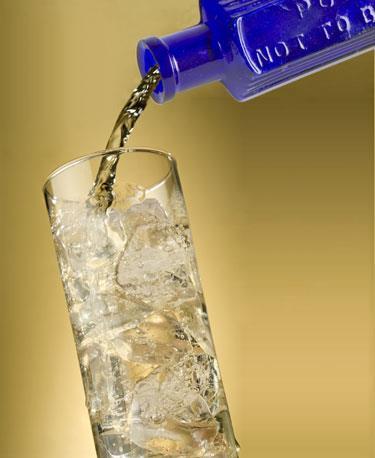 Agutter knew atropine had a major drawback as a murder weapon: it has a very bitter taste, detectable at concentrations as low as 100 parts per million (0.001 per cent). He thought he could mask this by adding it to the already bitter tonic his wife had with her gin. Her unexpected death would eventually be explained as atropine poisoning, so he also needed someone else to blame. His answer was to construct an elaborate scheme to make it appear as though a fictional poisoner had maliciously spiked several bottles of tonic water. But his intention was that his wife would be the only one to die. He would then gain control of the family home, and would be free to marry the new love of his life, a mature student at the university where he worked.

Agutter was familiar with atropine. He was a biologist at Napier University in Edinburgh, UK, and a member of the university’s highly-rated biomedicine research group whose speciality was toxicology. His poison of choice was available in the department - he had used it as part of an experiment a few years previously.

In August 1994 he removed some from an opened bottle of atropine sulfate. He then went to the nearby Safeway supermarket and purchased a dozen litre bottles of tonic water to which he added small amounts of the poison - between 11 and 74mg. He retained one bottle to which he had added 103mg, but then put the rest back on the supermarket shelf. As much as half a litre drunk from any of the other bottles would not have been a fatal dose.

The following Saturday evening Agutter’s wife was relaxing with a gin and tonic poured by her husband. Fortunately for her, because it tasted so bitter, she drank only half of it. Within just a few minutes she began to suffer hallucinations. Then she collapsed. 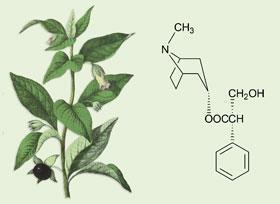 Atropine is isolated from the roots of deadly nightshade (Atropa belladonna)

A similar event was to be played out at the home of Geoffrey Sharwood-Smith whose wife Elizabeth Sharwood-Smith, and 18-year-old son Andrew, displayed similar symptoms. They were rushed to hospital where doctors were informed by Sharwood-Smith, himself an anaesthetist at the Royal Infirmary of Edinburgh, that he suspected they were suffering from atropine poisoning.

Soon other cases of atropine poisoning were being admitted to the infirmary. Sharwood-Smith was familiar with the drug because it was sometimes given prior to surgery. Indeed atropine is to be found in many medical and surgical wards, operating theatres, and even on resuscitation trolleys.

Treatment for atropine poisoning is to wash out the stomach, apply artificial ventilation, and give diazepam to control convulsions. The poison will be eliminated from the body in about 72 hours. Antidotes like physostigmine are available but rarely needed.

Atropine takes its name from one of the three Fates of Greek legend, Atropos, who determined when a person would die. It is a white, odourless, crystalline powder first isolated from the roots of deadly nightshade (Atropa belladonna  ) by a German apothecary, Wein, in 1831 and was first synthesised 70 years later by Richard Willst?tter (Nobel laureate 1915). Atropine is racemic hyoscyamine and it is still extracted from plants which actually produce only l-hyoscyamine - the deadly isomer - but work-up results in a racemic mixture. Such is the demand for atropine that Atropa belladonna    genetically modified to give increased yields is now grown. The plant grows to about 1.5m with dark green leaves, violet flowers, and luscious looking berries.

Atropine itself is not very soluble in water but this can be overcome by forming atropine sulfate, which has several trade names including Atrophate and Atropisol. Alternatively, and also to reduce its toxicity, a second methyl group can be added to the nitrogen atom to form atropine methyl nitrate (trade names include Atrodote and Eumydrin). The sulfate is remarkably soluble - 100ml of water will dissolve more than 100g of the salt.

Mad as a hatter

The symptoms of atropine poisoning were once summarised as: hot as a hare, blind as a bat, dry as a bone, red as a beetroot, and mad as a hatter. Hot because the temperature soars; blind because the iris of the eye is so dilated that everything appears blurred; dry due to suppression of the salivary glands; red due to dilation of the blood vessels of the skin; mad because of hallucinations. Atropine affects the central nervous system and the autonomic nerves, which govern the heart, lungs, and gut. It interferes with the neurotransmitter acetylcholine (ACh), blocking the receptors this is meant to activate. It particularly inhibits the release of salivary and bronchial secretions and it does so at very low doses, which is why it is given before surgery. 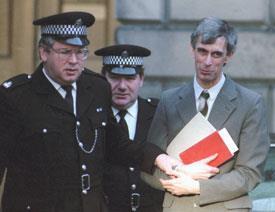 Atropine has been prescribed as a treatment for the spasms associated with certain conditions such as Parkinson’s disease, and it improves walking, sitting, and the speech of those affected.

It is also stockpiled for military reasons; not to be used as an offensive weapon but as an antidote for the organophosphorus nerve agents, such as sarin.

Sarin is a powerful and deadly nerve agent. It was used by the Iraqi government against the Kurds, who did not have atropine to combat the effects. It was also used by the Aum Shinri Kyo doomsday sect against commuters on the Tokyo underground, who were treated with the drug. That attack occurred during the morning rush hour on 19 April 1995 and, while 12 people died, 5000 others recovered thanks to atropine.

In fact atropine has long been known to be the antidote for another toxin, physostigmine, which attacks the same enzymes as nerve gases. The action of atropine as an antidote to physostigmine was discovered by Thomas Fraser (1841-1920), who was professor of pharmacology at the University of Edinburgh and whose research is seen as one of the landmarks in the development of pharmacology. The antidote action centres on ACh, which acts as a messenger molecule in the nervous system. When ACh has completed its task of passing a chemical signal across a synapse gap to receptors in the body’s tissues, it needs to be removed quickly. The body does this by breaking it down with enzymes known as cholinesterases. These enzymes can be put out of action by nerve gases, which block them so effectively that less than one mg is fatal. The victim dies of excess ACh, which builds up and repeatedly triggers the same receptors, causing the organs stimulated by the receptors to malfunction by going into spasm and paralysis.

Sarin poisoning can be treated by the rapid injection of two antidotes: atropine together with obidoxime or pralidoxime. Atropine blocks the receptors that the ACh is targeting, while the oxime goes to work to destroy the sarin molecules and free up the cholinesterase. Soldiers in war zones carry syringes containing the antidotes with which to inject themselves in the event of a nerve gas attack. Allied soldiers in the Gulf War of 1991 were issued with these after it was discovered that the Iraqi government had placed large orders for atropine. Of course this carried the risk of soldiers who injected themselves unnecessarily suffering atropine poisoning.

A similar demise was planned for Agutter’s wife. On the evening of the attempted murder Agutter rang not for an ambulance but for their local doctor, who was not at home, although he left a message on his answering machine making it sound urgent. He knew that the more he could delay medical help the more likely it was that his wife would die. But the message was picked up by the locum practitioner who sent an ambulance round to the Agutters’ home straight away. 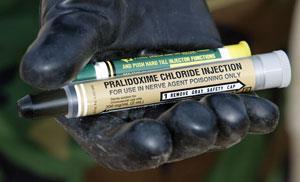 The paramedic took possession of the bottle of tonic, and poured the remains of the tainted drink into an empty jam jar to be analysed. Agutter had added extra atropine directly to his wife’s glass, and analysis uncovered the discrepancy. The concentration of atropine in her drink was three times that of the bottle.

Eventually the police also took Agutter’s car away for analysis and a minute trace of atropine was found on a cassette case, a triumph for forensic analysis at the time. Agutter was arrested and brought to trial on 24 January 1995.

During the trial, the forensic scientist Howard Okley gave evidence about the atropine poisoned bottles. He deduced that Agutter’s wife had probably drunk about 150ml of the poisoned drink and imbibed around 50mg, half a fatal dose. Agutter was found guilty on 21 February, and sentenced to 12 years in prison, of which he served seven.

John Emsley is a science writer based at the University of Cambridge, UK. His new book   Molecules of Murder was published by the RSC in July