1
How biologics have changed the rules for pharmaceutical industry 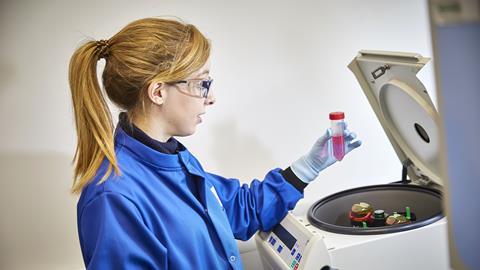 How biologics have changed the rules for pharmaceutical industry

There’s been a lot of hype about the advent of biological medicines (biologics) since they first emerged in the 1980s. Already, they are providing real benefits for patients with long-term conditions such as rheumatoid arthritis, Crohn’s disease and psoriasis – and this is only the beginning. One of the fastest growing classes of therapeutic compounds, biologics are outpacing the growth of small-molecule drugs. By 2020, analysts expect biologics to account for more than a quarter of the entire pharmaceutical market. So what will these new therapies mean for the industry? 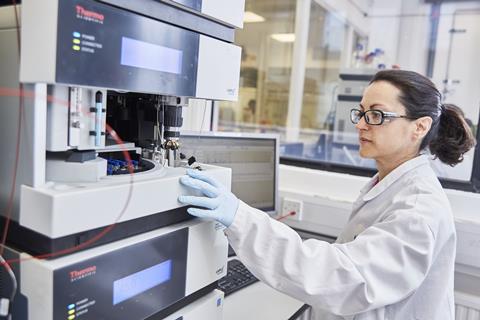 In the 20th century, pharmaceutical research was focused on medicines constructed from small molecules designed to control diseases. In contrast, in the past decade research has focused on biologics, which are derived or manufactured from a living source and work by targeting specific chemicals or cells involved in the body’s immune system response. 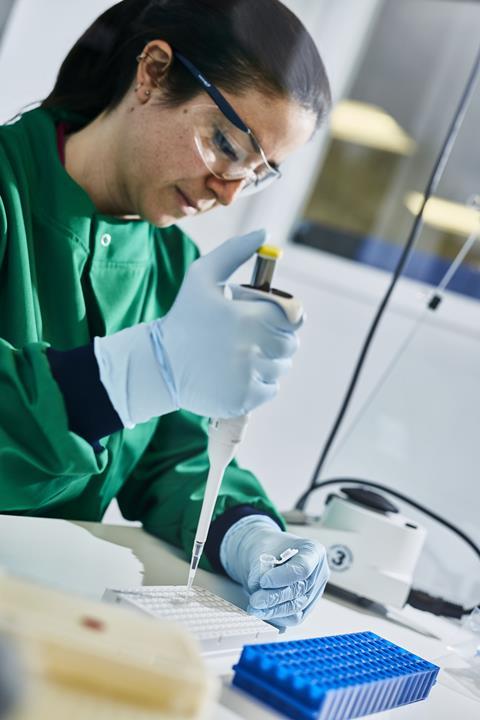 Phil Kuhlman, associate principal scientist in biomolecular analysis at RSSL, explains that small molecules are ‘generally easy to produce and stable, so taking a small molecule is relatively easy to do orally’. However, biologics are larger proteins, peptides, nucleic acids, or cells, ‘so this world encompasses a much wider range of therapies’.

Small molecules, says Kuhlman, are ‘promiscuous in their action – they get everywhere’. Biologics are much more specific and so generally have lower toxicity and also a higher safety profile than small molecules. However, he adds that disadvantages exist. ‘Because they are big, they generally can’t get to the same places small molecules can. And they also tend to travel more slowly [through the body] compared with small molecules.’

The first real biologic to come on the market was human insulin, in 1982. During that decade, Kuhlman suggests industry giants missed a step compared with smaller rivals and start-ups as biologics emerged. ‘Big pharma cottoned on a bit slower [to the value of biologics], but caught up by purchasing small bio tech companies to bring that technology on board,’ he says.

Warwick Smith, director-general of the British Biosimilars Association, agrees there has been a shift in the market. ‘Over the past 30 years, we’ve seen a shift from the new innovative “blockbuster” medicines – synthesised chemicals – to biological medicines. It’s a big change for the industry as a whole but patients benefit because [these treatments] are grown from living cultures, they can be designed to link to specific parts of the body, and therefore can be more specific and effective for certain conditions compared to chemicals,’ he says. However, Smith says biologics come at a price, as they are ‘more expensive than synthesised chemical treatments to produce, to research, and require greater monitoring of patients’.

Another reason for the high cost is how drugs are priced, adds Kuhlman, as many are classed as advanced therapy medicinal products (ATMPs). ‘[ATMPs] are a cure for conditions, as opposed to controlling them,’ says Kuhlman. ‘From a pharma model, if you have a cure you can charge more money for it. But in the long run, curing that disease means more value for money [for the medicine]’.

Given their cost, and the radical changes to how medication is being produced for patients, biologics could be seen as a major shake-up for the industry. However, Luigi Martini, chief scientist of the Royal Pharmaceutical Society, believes this change in approach to treatments is more akin to an evolution. Highlighting the ‘massive changes’ in medication over the past decade, he cites the example of ‘living medicines’ such as CAR-T (chimeric antigen receptor T-cell) therapies, which uses the immune system to kill cancer cells. ‘What we’re seeing here is advances in medicines, understanding genomes, understanding diseases, and the types of medicine changing and evolving and becoming more biological in nature,’ he says. 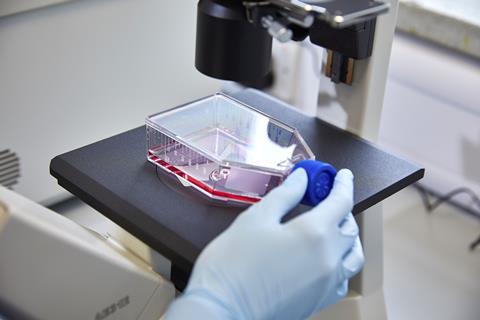 Of course, over time the price of treatments will fall as biologics impact the pharma industry in a more traditional way: a patent cliff. Currently, about half of the biologics on the market are about to have their patents expire, providing an opportunity to develop generic versions, or biosimilars. ‘Biosimilars bring competition [to the market] and their reduced price means more patients can be treated for less money,’ says Smith.

Hreczuk-Hirst says an example of a biosimilar driving down costs and increasing patient access is Celltrion’s Truxima – a biosimilar of rituximab – which has given at least 50,000 more patients access to this treatment for non-Hodgkin’s lymphoma. 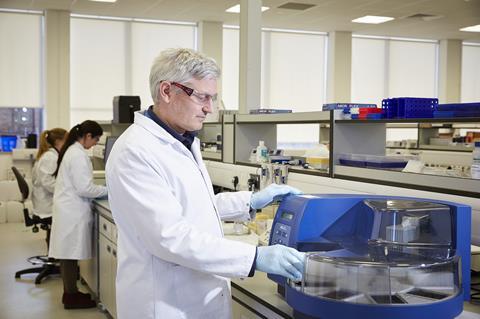 However, Kuhlman points out this driving down of the price of medications ‘only really works if there are alternative sources within the marketplace’. One example where prices haven’t been reduced is the insulin market: when the patent on Humalog (insulin lispro) ran out there were only a few entrants to the market – and prices rocketed.

Hreczuk-Hirst says it’s not all ‘plain sailing’ when it comes to biosimilars. He gives the example of Sandoz Biosimilars, a division of Novartis and pioneers in this field, which withdrew a biosimilar application ‘purely because the FDA wanted more information’, even though the medication was already a recognised biosimilar.

As yet, biosimilars have not revolutionised patient access to treatments and only a few have been approved – despite recommendations from regulatory agencies around the world which pave the way for rapid development. Reasons for this slow uptake include regulatory hurdles and vague guidelines for biosimilars, such as ‘high similarity’ to or ‘no clinically meaningful differences’ between it and the original biologic drug.

Of course, the pharma industry is there to serve patients by bringing forward new medicines, and biologics are a key example of this. However, Smith stresses this doesn’t mean that for some patients the old medicines are no longer effective. ‘We don’t replace older medicines with newer medicines. We increase the range, giving clinicians a broader range of choice to ensure they can prescribe the best and most cost effective medicines for their patients.’

Smith believes the old industry model – that originators get a high price for a period of time where this is no competition, followed by competition which brings prices down – still works for biologics as well as the older chemical medicines. But he warns a future challenge, particularly for more complex medicines, is to ensure that prices are not driven so low that the investment case for new biologics coming off patent is more difficult to make. ‘It’s great in terms of patient access that we’ve seen price reductions of 80%, but when it costs hundreds of millions of pounds to develop a biosimilar, you need to make sure the price of older ones is sufficient to support that investment,’ he says. 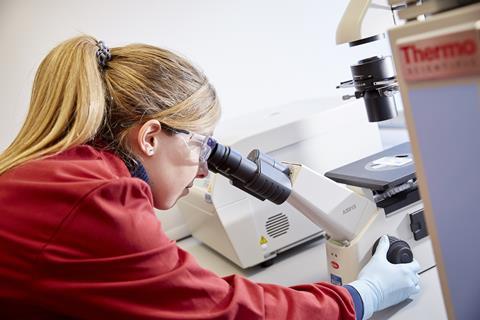 Smith suggests NHS England ‘may have begun to show the way’ by ensuring, through its procurement process, that there are a number of manufacturers in the market when a patent expires. ‘It also ensures the one charging the lowest price doesn’t take the entire market –a huge disincentive for people to invest in the future,’ he says.

For Martini, the industry is being shaped by biological products and a greater understanding of medicine. ‘We’re seeing more personalisation, or what the Americans call “precision medicine”. We’re seeing more diagnostics coming into play, and screening for people to make sure they are good candidates for that therapy. These [medicines] are expensive mechanisms of action and quite precise, so people need to be screened to make sure they will have an effect,’ he says.

Currently, the industry is moving towards a focused stratified approach, matching the right patient with the right therapy, Martini adds. ‘In the old days there was a big “blockbuster” one-size fits all approach, where one drug with a short number of strengths was used to treat everybody. We’re slowly going away from that approach, and of course the pharma industry is investing in new skills and facilities, so as a result we’re seeing the reshaping of the industry.’ 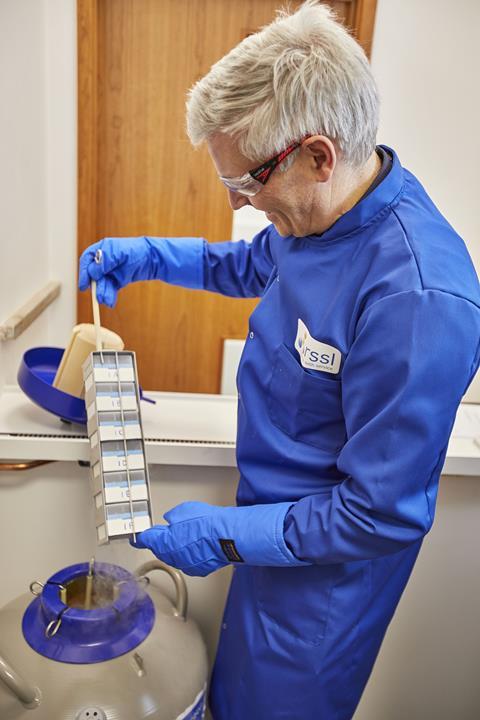 This evolution from small molecules to large biologicals dictated by our understanding of science disease and genetic makeup is ‘good news’ for patients because they are getting better treatments and better outcomes, and is a move towards ‘curing people rather than just treating disease’, Martini says.

And, as the industry reforms, Kuhlman says there are ‘many new and exciting technologies addressing patients’ needs in way that has never been done before’. Biologics, he believes are a ‘magic bullet’, and patients can now look forward to the possibility of an actual cure for, rather than a control of their disease, such as blindness, cancer and irritable bowel disease. ‘With a single, or two three treatments in a short period of time, biologics can transfigure the disease state, so patients can be cured and will not need further treatment for the rest of their lives,’ he says.

This curative one-shot therapy is a ‘true revolution that improves patients’ quality of life’, says Hreczuk-Hirst. While dealing predominantly with rare diseases – and possibly orphan diseases in the first instance – he envisages that with more understanding of the technological processes involved with these treatments, more common diseases will also be addressed.

For Kuhlman, the main driver of what is making such advances possible is a greater understanding of individual diseases, including their molecular and genetic constituents of the disease. This has allowed specific targeting of specific genes or pathways within the cells, and has resulted in the development of new technology to deliver controlled genetic manipulation within the cells. ‘Basically reversing a defect in that patient’s genetic makeup – and giving them a cure’, he says. ‘It’s a very exciting time’.