2
How possible contaminants are investigated 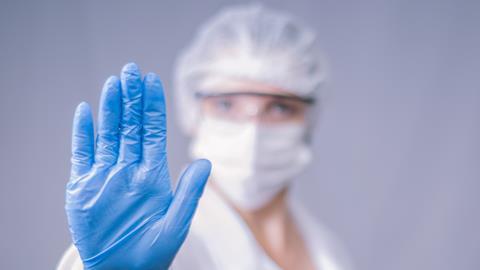 How possible contaminants are investigated

Contamination is arguably one of the greatest concerns in pharmaceutical manufacture, potentially compromising the final product. But when a problem is found, quick action by a Qualified Person (QP) and further analysis can make sure any problem is limited and patients are protected. Chemistry World spoke to the experts at RSSL, who specialise in the investigation of suspected contaminants across the manufacturing industry – particularly in the pharma and food sectors – to explain what happens if a contaminant is detected and sent for laboratory analysis. Rene Friedrichs is from the company’s microscopy team, while Kate Goodfellow and Alan Wood are pharmaceutical chemists. 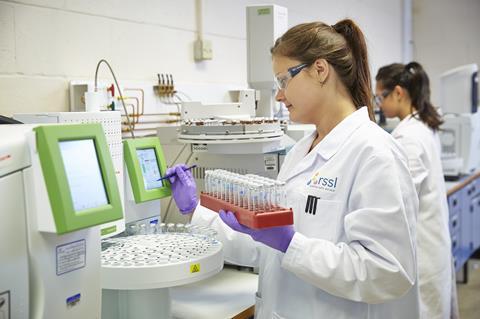 Contaminants or other issues that can arise in manufacture (such as impurities in biopharmaceuticals, also known as residuals) can be uncovered at any step in the process, from raw materials through manufacturing to finished products. They could even be seen during drug discovery, as the potential products are developed. But it’s how the contaminant is discovered that affects what happens next. ‘There are two separate pathways,’ says Friedrichs. ‘If there is any visible contamination, in a pre-filled syringe or tablet, it typically comes to microscopy.’ This is typically for physical contaminants.

Extractables and leachables studies are critical in maintaining the quality of a drug product and ensure that you meet all regulatory requirements.

Alternatively, if the contaminant has been uncovered by analytical techniques during in-house batch testing and quality assurance, it heads toward chemical analysis. ‘This is usually something that’s not visible to the eye,’ says Goodfellow. ‘The client has discovered an impurity themselves, and we can then investigate.’ There are also more specialised routes, such as analysis for products that have an off note, or more specialised detection suites for contaminants in biological products using recombinant DNA. 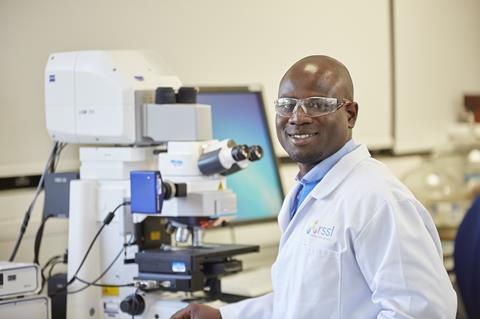 For both pathways, the first step is always to find out as much information as possible from the client about the contaminant, how it was discovered and what the client requires, – says Friedrichs. ‘It helps us quite a bit to know at what stage the contaminant was found in manufacture or distribution. We can organise a call with the client to find out all the necessary information. There’s no point doing analysis if it doesn’t give answers, we pride ourselves on adding value.’ The microscopy team investigates around 1000 cases a year, and has an out-of-hours line to provide 24-hour coverage on every day of the year. ‘You could send something in on Christmas day and there’ll be someone on the emergency response pager.’

The chemistry team can prioritise laboratory tests needed urgently. As always, the team finds out as much as possible – if the nature of the contaminant is suspected or completely unknown, the stage the contaminant was detected and the techniques already used to try to identify it. We can then discuss with the client the best instrumental techniques for analysis, such as fourier-transform infrared (FTIR) spectroscopy, nuclear magnetic resonance (NMR), liquid chromatography–mass spectroscopy (LC–MS) or gas chromatography–mass spectroscopy (GC–MS), along with a range of other techniques. ‘We try to replicate the client’s methodology on the same or similar chromatographic system and make sure we’re seeing the same chromatography,’ says Wood. ‘For LC–MS things aren’t always compatible – if they used phosphoric or hydrochloric acid, those can’t go anywhere near an MS, so we adapt the method, swap involatile acids for volatile acids and remove any further involatile reagents. As long as you can track the peak from method to method you can follow the impurity of concern.’ 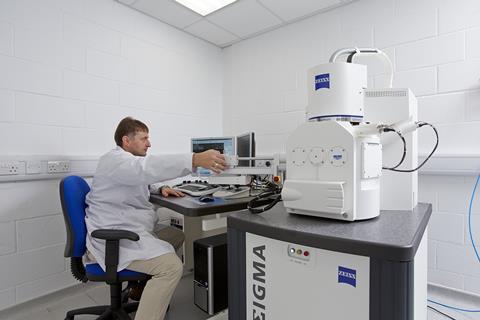 Regardless of the analysis route the sample takes, there’s no such thing as a typical case. For microscopy, the team has seen everything from counterfeit medicines entering the supply pipeline to common machine wear debris entering the product in the production line.With analytical testing, things are more varied, says Goodfellow. ‘A lot of impurities are by-product or related to the active pharmaceutical ingredient (API), but there isn’t a “common” source.’ The team keeps an extensive reference library for GC–MS, which can be used to tentatively identify a peak, along with previous knowledge. This can then be followed by comparison with known standard samples. For LC–MS, it’s less straightforward, as extensive reference libraries do not exist. ‘A lot of the knowledge is internal, built up over time,’ says Wood. ‘Most of the impurities are related to the API you’re looking at, so you can typically work from there. It might be a reaction between the API and a component of the tablet or formulation, or it might be as a result of one of the components itself. Impurities may also result from degradation of the API in an unexpected way, which provides additional information on product stability. But every now and then we get a curveball, a contaminant coming from the manufacturing pipeline. That’s why you rely on your prior knowledge and expertise.’

Once a contaminant has been identified, the next step can often be to identify the source of the contaminant. In most cases, such as contaminants related to the API, it’s hard to tell when the contamination occurred from analysis alone – although this can point the client in the right direction for further investigation. The main exceptions are extractables and leachables – which enter the product from the packaging during storage. ‘We look at the packaging and its material, and from there we can identify things that may migrate into the pharmaceutical product during its shelf life.’

For microscopy, it can be easier to take a step back, Friedrichs says, but this is project dependant. For example, x-ray microtomography could help to determine the location of a foreign material, whether the foreign material is embedded below or within the coating of a tablet. Further analysis using spectroscopic techniques such as FTIR and scanning electron microscope energy-dispersive x-ray spectroscopy are used to identify the foreign material, which can help to pin point the source of contamination and therefore the stage at which it was introduced. Examples include machine wear debris from stainless steel equipment, textile fibres from clothing or cleaning wipes, or polymers such as O-ring seals, paint flakes or resins.

And this goes back to the most important point about contaminants: it’s about ensuring patient safety as well as quality and safety of the product as quickly as possible. ‘If they think it’s something that could affect health, then of course they might pull the entire batch,’ Friedrichs says. Alternatively, they could also decide they are satisfied they know enough, or even ask for advice on sending more samples for further analysis. These are big decisions, and the RSSL team makes sure they’ll be made with the best information possible.