Trichloroethylene risks should be reassessed, says US National Research Council

The cancer risk posed by trichloroethylene (TCE) should be reassessed, according to a report from a US National Academies’ National Research Council committee. 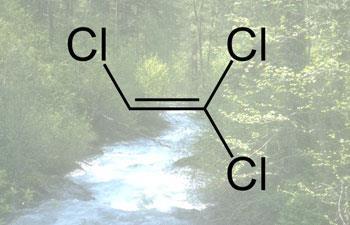 TCE has been found in UK ground and surface waters

The committee has urged the US Environmental Protection Agency (EPA) to complete a human health risk assessment into this industrial solvent, which is used in adhesives and paints, and also as a degreaser. It was once more widely used, with TCE waste sometimes dumped in landfill sites that could then contaminate groundwater.

’The problem with TCE, like other chlorinated solvents, is that it is more dense than water,’ explained Colin Cheney of British Geological Survey. ’When it moves down to the water table it keeps going until it hits the base of the aquifer, where it dissolves over a large area. Getting it out can be extremely difficult.’

The EPA completed a draft risk assessment on TCE in 2001, but it attracted criticism over the quality of its evidence and the way it had been interpreted. Since then, more evidence for cancer and other health risks associated with TCE has accumulated, prompting the National Academies’ investigation.

The committee highlights research which supports the link between TCE and human kidney cancer, as well as other kidney complaints, but is unclear about the level of exposure needed to cause these problems. However, there is ’inconsistent’ evidence of a higher incidence of liver cancer in people exposed to high levels of TCE, and there was no strong link found between TCE exposure and lung cancer.

The report also points out links between TCE exposure and other health effects in humans and animals, including reproductive and developmental problems, impaired neurological function, and autoimmune diseases.  It argues that a fresh analysis of the large body of epidemiological data about TCE and cancer is now needed.

’Armed with the results from the NAS review, EPA will move forward to complete a risk assessment,’ said EPA spokeswoman Jennifer Wood.

The problem is not confined to the US. ’The amount of TCE produced in the UK has decreased, but it has been found in UK ground water and surface waters,’ said Rob Ward of the UK Environment Agency. ’Currently, regulation of industrial activities is there to limit the impact of industrial solvents on the environment,’ he told Chemistry World. ’What we are seeing with TCE is a legacy of industrial activity in the past.’