Joseph Wang is a Distinguished Professor and Vice Chair of Nanoengineering at the University of California, San Diego in the US. His research looks at the rapidly developing field of nanobioelectronics which aims to integrate nano- and biomaterials with electronic transducers. He took some time out from the Faraday Discussion on Electroanalysis at the Nanoscale, held at the University of Durham, UK, at the beginning of July, to talk to Rebecca Brodie about his research.

Who or what inspired you to become a scientist in the first place?

I’ve always been interested in science. More biology and medicine in the early days but it was mainly an interest in medicine and biomedicine. After that I became a chemist, then an electrochemist with my PhD. It’s really been a continuous evolution with my interests moving in new directions for almost three decades now.

What motivated you to specialise in nanobioelectronics?

Well my first interest was fundamental and applied electrochemistry, this was long before the area of nano was around. But we have always followed new trends and moved into new topics and cutting edge frontiers. My PhD was in basic electrochemistry and environmental surveillance, particularly on-line trace metal monitoring. It was as a post doc that I became more involved in biosensors. In the 1980s I did a lot of glucose monitoring for diabetic sensing. During the 1980s and early 1990s we focused on enzyme electrodes, as well as toxic metal monitoring. It was really in the mid-1990s, with the completion of the Human Genome Project and the boom of nanotechnology, that I became interested in nanobiotechnology. We were really the first to demonstrate the use of electrochemical tags based on nanomaterial to amplify DNA detection. So we moved from enzyme electrodes to nucleic acid detection followed by protein immunoassays, combined with nanomaterials such as nanotubes and nanoparticles. Our lab pioneered a variety of electrochemical sensing protocols using nanomaterials for amplified or multiplexed biodetection.

What do you imagine will be the next big breakthrough in your field?

Well you can see in this meeting [Faraday Discussion 164] there is a lot about electrocatalysis and energy related applications. We are moving into the fields of nanoscale propulsion and nanomedicine. The ultimate vision is to realise the Fantastic Voyage [1966 science fiction film] vision, using a nanovehicle, moving within the human body, in the bloodstream and performing multiple tasks; imaging, diagnostics, treatment. There is still a long way to go, but this is the ultimate dream.

What comes first – the problem? Or is it the other way around, and you create the advance and find out where it can be used?

Electrochemical sensing devices can be applied in diverse areas like genetics, diabetes and toxic metals. The beauty of electrochemical devices is that they are portable. You can use them to analyse the food you eat, the water in the rivers or the blood in your body. So, in the case of biosensors we find the problem first. With nanomachines we are more interested in fundamental advances in the technology, how to propel in the nanoscale, how to reach their destination, or how to load and release a payload. So we’re not looking at the moment at any particular problem, but developing the basic nano shuttle strategy and looking at different designs and functionalities.

You were recently awarded the Spiers Memorial Award by the Royal Society of Chemistry, can you tell us about the research involved with this?

I am deeply honoured for being nominated and being elected for this prestigious award by the committee, for my outstanding lifelong contribution to electrochemistry and nanobiotechnology. Over 200 people from around the globe have worked in my labs over the last three decades. So this award reflects their major efforts from my early work in electrochemistry, moving through to nanobiotechnology, including my current 30 dedicated co-workers. 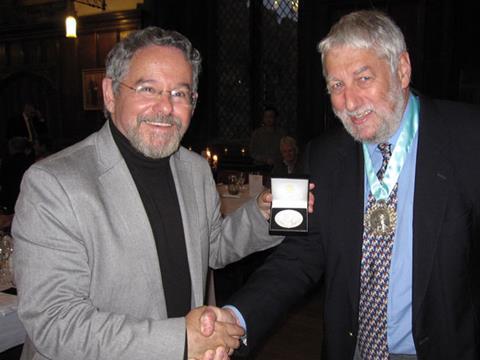 They need to have passion, and love what they are doing. They need to love solving problems and look at societal needs. I’ve always enjoyed training and mentoring young scientists, including numerous students from underrepresented groups. We try to help in the development of young scientists. We take people from high school on summer programmes in our lab. We try to mentor them and inspire them through involvement in a dynamic scientific research. Mentoring young scientists and following their subsequent success has been my major source of satisfaction.

What’s the most exotic/far flung location you’ve been to for a conference?

Over the last two decades I’ve travelled all over the globe. In terms of exotic, perhaps travelling to south Thailand for a seminar, and celebrating my birthday there on a boat ride to a remote island where we dived in an amazing underwater cave, following an elephant ride in the north of this colourful country.

Can you tell us the secret to your success?

There’s no secret. It’s all about a great vision and passion, along with a great team and a supportive family. My wife has supported me for three decades. You have to enjoy what you do and have lot of fun in designing tattoo sensors or forensic gloves, such as those that we described recently in Analyst. We’ve moved location three times, and now in San Diego I have become a nanoengineer. I’m still a chemist by training but I’m in the department of nanoengineering. It’s the first nanoengineering department in the world and we are designing these tiny nanovehicles to realise a Fantastic Voyage. Indeed, I have had a Fantastic Voyage over the past three decades.