A shot in the arm for drugs for neglected diseases

A new consortium of public and private sector partners has been launched by WIPO, the World Intellectual Property Organization. Its aim is to share intellectual property (IP) that may help find drugs for malaria, tuberculosis and other neglected tropical diseases (NTD).

WIPO Re:Search will provide a searchable, public database of available IP assets, information and resources. ’By joining, companies and researchers commit to making selected IP assets available under royalty-free licences to qualified researchers anywhere in the world,’ said WIPO director general Francis Gurry. ’This commitment should accelerate the development of medicines, vaccines and diagnostics for these diseases.’

All represent significant areas of unmet medical need, yet as they predominantly affect poorer countries there is little or no commercial driver to develop treatments. The database includes individual compounds, screening hits from compound libraries and knowhow in pharma R&D, with the aim of forming new partnerships between industry and researchers working on these diseases. 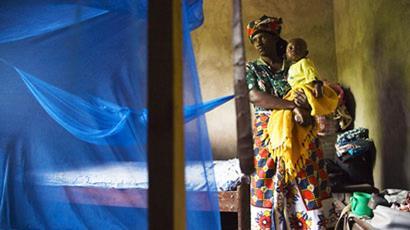 The first companies to join are Alnylam, AstraZeneca, Eisai, GlaxoSmithKline (GSK), Merck, Novartis, Pfizer and Sanofi. They are collaborating with WIPO, BIO Ventures for Global Health, the US National Institutes of Health and a range of non-profit organisations and university groups. ’It is a ground-breaking example of how a multi-stakeholder coalition can put IP to work for social benefit,’ Gurry added.

Alnylam, for example, contributed RNAi technology patents to the pool set up by GSK in 2009, and has now joined Re:Search. ’[Our] technology is expected to help validate novel drug targets for NTDs,’ explains Steve Bossone, the company’s vice-president of intellectual property. ’The technology has already helped identify new targets for malaria treatments. In future, RNAi therapeutics may themselves be developed and used directly in the treatment of more neglected tropical diseases.’

Roy Waldron, chief intellectual property counsel at Pfizer, anticipates the collaborative framework will lead to enhanced availability of R&D information, ranging from compounds and clinical data to the transfer of the latest technologies.

’Access to information through collaboration is a crucial step in getting to the next generation of drugs,’ he says. ’It is only through innovative partnerships that we will be able to generate information on health outcomes, mortality and other public health data. [This would] lower the barriers of access to critical health information, and accelerate the understanding of diseases and potential therapies.’

According to Kelly Chibale, director of the University of Cape Town’s drug discovery and development centre, more information on decent hit compounds from big pharma’s compound libraries should make drug development cheaper by cutting years off development time. He cites his project with the Medicines for Malaria Venture, which provided them with compounds in 2009. ’We hope to deliver a preclinical candidate by the end of 2012, less than four years after we began the project’ he says. ’It gave us about a three-year head start.’