Nick Roelofs, president of Agilent's life sciences group, discusses how the company is planning to ride the waves of the economic recovery

With instrument giant Agilent Technologies on the verge of closing the acquisition of rival Varian, Chemistry World caught up with Nick Roelofs, president of  Agilent’s life sciences group, at Pittcon 2010 to discuss how the company is planning to ride the waves of the economic recovery. 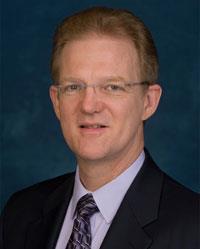 According to Roelofs, due to careful monitoring of the economic climate, the company was in ’concern mode’ in early 2008 and started implementing internal controls to ward against the worst of the economic downturn before it actually hit. These controls meant that despite seeing sales fall across the company, each of its units still remained profitable and cash positive - allowing it to continue to invest in research and development (R&D).

’In the process of looking at our business areas we consciously shifted resources within our company to keep the R&D tap open on full blast in the life science and chemical analysis arenas so that we could emerge from the recession stronger and better suited for our customers’ he says.

This enabled the company to launch more products last year than it had ever done in its history - at a time when many of its competitors were pulling back and conserving funds. The company also split its life sciences and chemical analysis group in two so that it could better serve its customers in the rapidly evolving life science arena while still maintaining the quality of its service to its customers in the more mature chemical analysis space.

’We are seeing our customers in big pharmaceutical companies entering the biological drug arena because they are harder to copy and produce, have longer patent life than small molecule drugs and are potentially easier to discover assuming the small molecule space has already been heavily mined,’ says Roelofs.

’Several years ago, Agilent made a conscious decision to push its life sciences presence and enable its therapeutics customers to study biological systems in more detail. We see those customers doing a lot with new biological entities, whether that’s looking at pathways for small molecule intervention or creating new biologic drugs, and we’ve been putting a lot of energy into pursuing those areas,’ he continues.

And this is where part of the rationale for the acquisition of Varian comes in as it adds world-leading nuclear magnetic resonance (NMR) and x-ray crystallography technologies to Agilent’s core strengths in gas and liquid chromatography (GC and LC), electrophoresis and mass spectrometry (MS).

’Small molecule toxicology has evolved to say "I know the molecule, I know the major degradation pathways, and I’m going to quantify the metabolite related to the drug". And the tool to do that is typically a triple quadrupole mass spectrometer,’ says Roelofs.

’As you move to look at biologics - whether it’s the equivalency of different processes or the manufacture of biosimilars - you need be able to analyse all the biologic elements around the drug to make sure you’re not getting biotoxins or unwanted post-translational modifications that could give a different effect in the body even though the central compound is the same. This will need both qualitative and quantitative approaches as unknown pathways will be turned on and off and we are working very closely with academics, companies and regulatory bodies to figure out what new tools are needed to analyse these very complex systems.’