The Australian government has said the country needs to work harder at translating home-grown research discoveries into commercial successes, and has announced a raft of new policies to boost industrial collaborations. This comes as a new report on the impact of science estimates that scientific advances in the past 20-30 years underpin A$330 billion (£162bn) a year of Australia’s economic output – about a quarter of all economic activity. 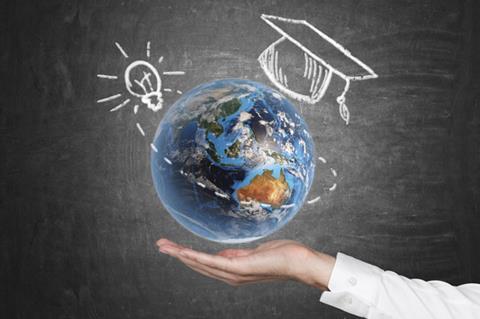 Launched in January, the report from the Office of the Chief Scientist combines two studies which examined the impact of world-wide advances in the biological, physical and natural sciences. It finds that advances in the sciences directly contribute A$185 billion a year to the economy; and associated exports account for a quarter of total exports at A$84 billion a year. Without the breakthroughs in biological sciences alone in the past 30 years, the Australian economy would be about 5% smaller than it is today, while the ‘burden of diseases’ would be 18-34% higher.

The findings are important because they indicate that Australia is good at integrating global advances in science and technology into the operations of its domestic economy, explains Tom Spurling, professor of innovation studies at Swinburne University of Technology. ‘However, by definition, that puts Australia behind global leaders because there is always a lag if we must wait for others to implement the advances first. Australia would perform better if we were more than a passive importer of science and technology,’ he adds.

Australians have always been good at fundamental research, comments Sandra Kentish, Head of the Department of Chemical and Biomolecular Engineering at the University of Melbourne, and this has underpinned many of the examples in the report. However, it is the translation into commercial outcomes where Australia needs to do better. ‘This needs work from both sides. Academic researchers need to be prepared to develop long-term relationships with industrial partners. Industry needs to work better with academic partners. Companies in the US and Europe are generally much better at forming partnerships with university researchers. In Australia, the perception can be that CSIRO is the only research body that a company should get involved with,’ she says.

Peter Tangney, a science policy specialist at Flinders University, says the report’s message is important and timely, particularly for the ultra-conservative clique in the Australian establishment who are happy to continue supporting the traditional bases of mining and agriculture to the exclusion of all else. He speculates that the report was commissioned as a reaction to the previous Prime Minister’s policies which put science and innovation in the backseat.

However, Malcolm Turnbull’s new government has expressed concerns that the country is falling behind on commercialisation and collaboration, consistently ranking last or second last among OECD countries for business-research collaboration; and its appetite for risk is lower than in comparable countries, meaning start-ups and early-stage businesses often fail to attract capital. Consequently, it has allocated A$1.1 billion to a new National Innovation and Science Agenda. Launched in December, the strategy will introduce incentives so that more university funding is allocated to research done in partnership with industry; and invest over the long-term in critical research infrastructure. A number of the initiatives involve changes to the tax system to assist entrepreneurship and innovation. For example, there are new tax breaks for early-stage investors and a reform of insolvency laws to reduce penalties for honourable failure.

Spurling believes the new policies will benefit chemists, a view shared by the Plastics and Chemical Industry Association whose spokesperson says initiatives such as refocusing a greater proportion of block grant funding toward collaboration, and introducing clear measures of impact and industry engagement, will be ‘pivotal’ in shifting Australia’s poor record of collaboration.

Merlin Crossley, Dean of the Faculty of Science at the University of New South Wales, welcomes any stable policies to increase collaborations with industry and commercialisation of research as a great step forward. ‘Over time, the development of the Australian economy – with a focus on mining and agriculture – has meant that we probably haven’t developed the same level of university-business collaboration as occurs in strong manufacturing countries like Germany or Singapore. The realisation that we are not doing as well has led to an insecurity in terms of policy in this area,’ he says.