BASF chemical plant gets the go-ahead in China

German chemical giant BASF has been given the go-ahead to build the world’s largest methylene diphenyl diisocyanate (MDI) plant in China’s Three Gorge area, in Changshou, a district of Chongqing, after BASF agreed to help surrounding businesses based in the area protect the environment. The agreement follows concerns that accidental release of chemicals could affect drinking water.

BASF started construction of its 400,000 tonnes a year MDI plant on 11 April, after approval from the National Development and Reform Commission. MDI is an important chemical used to produce polyurethane foams and Chinese demand for polyurethanes has increased rapidly in recent years.

With a total investment of Yuan8 billion (?1.7 billion), the new plant is the largest foreign investment project in Chongqing and according to market analysts, after operation commences in 2014, it will help the south-western municipality form a chemicals’ cluster with an annual sales volume of Yuan50 billion a year and 250,000 new jobs. 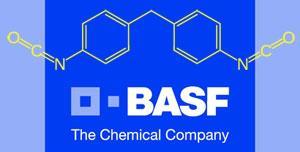 BASF to capitalise on China’s demand for MDI

Despite the booming market demands and low toxicity of MDI, BASF’s Chongqing plant has been surrounded by controversy since the plans were announced in 2007. The site for the plant is located 7km away from the upper Yangtze River, which provides drinking water for 80 million residents further down river, and according to a report released by Anbound Consulting Group in China, accidental release of chemicals into the river, could seriously threaten drinking water safety.

Ma Jun, director of the Institute of Public and Environmental Affairs in China, says although BASF has good experience in managing environmental safety, there will be an industrial chain formed around the Chongqing plant, ranging from raw material supplier to MDI users. ’We cannot ensure that all companies in this chain can handle their pollutants well,’ Ma tells Chemistry World.

But Christian Tragut, vice-president for BASF Chongqing MDI operations, says BASF and the Chongqing authorities are well prepared to make sure the environment is protected. ’Many of our plants are located along rivers like the Rhine, [in Germany], and the Mississippi [in the US], and we are very experienced in avoiding any discharge [of pollutants] into the river.’ He explains that BASF has introduced a whole set of supply chain management rules at its Chongqing plant and worked with the Changshou Economic and Technology Development zone authorities to establish an internationally leading hazard management system. Tragut adds that the BASF plant at Chongqing will be as transparent as any of its other plants worldwide.

’Since it is already approved, we hope BASF can meet its promises [on environmental safety] of transparentcy with information released in a timely fashion, whilst educating the public nearby for maximum self-protection in the event of any possible accidents,’ says Ma.