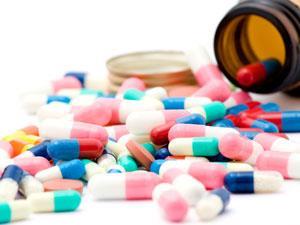 The esoteric yet deadly serious world of antibiotic chemistry looks set for something of a showdown. Two newpieces of research appear to flatly contradict a new school of thought about how antibiotics kill bacteria, which has been gaining traction in recent years. The topic is important because a detailed understanding of the mechanism of action of antibiotics is key to the development of new and more efficient antibiotics in the face of mounting resistance to antibiotics by pathogenic microbes.

In 2007, a team led by James Collins of Boston University, US, presented evidence that while different classes of antibiotic block cell growth by attacking specific targets – cell wall assembly, protein synthesis or DNA replication – they all kill cells by a common mechanism: by generating reactive oxygen species (ROS), including superoxide, hydroxyl radicals and hydrogen peroxide.1 These cause lethal damage to molecular structures within the cell, notably DNA. It is believed that the ROS arise from the antibiotics over-stimulating electron transport chains of respiratory pathways in the cell.

This hypothesis, which has gained widespread support since it was first proposed, is important because it presents possible new routes to improve antibiotic efficacy, such as targeting ROS-scavenging machinery within the cell.

But now two papers have been published which appear to rule out ROS involvement in antibiotic-induced cell death. At the University of Illinois in Urbana-Champaign, US, Yuanyuan Liu and James Imlay2 added antibiotic to strains of E. coli that are not capable of scavenging H2O2 to see if levels increased in the presence of the antibiotic. No increase was observed. The team then monitored damage to enzymes known to be sensitive to oxidants; no damage was seen in the presence of antibiotic. Liu and Imlay next looked for activation of a transcription factor that is triggered by the presence of H2O2. Again, no activation was detected. And because DNA damage is postulated to be a consequence of ROS attack, the pair examined whether bacterial mutants deficient in the ability to repair their own DNA would be extra-sensitive to antibiotics. They were not. ‘From our experiments, we conclude there is no evidence that reactive oxygen species are being made during antibiotic treatment,’ Imlay tells Chemistry World.

Meanwhile, at Northeastern University in Boston, US, Kim Lewis’s team3 carried out similar experiments to Collins’ original ones, in which a fluorescent dye was used as an indicator of the presence of ROS within the cell. In a population of dye-treated cells presented with antibiotic, some cells exhibited a large signal and some a small signal. However, says Lewis, ‘We found there was no correlation between the probability of cells dying and the amount of signal in the cells.’ This, he says, suggests ROS is not a factor in cell death. The researchers then tested antibiotics in the complete absence of oxygen – in which ROS cannot be produced – and found that similar rates of cell death occurred, again ruling out a role for ROS.

‘I conclude that we are back where we started, in that an antibiotic kills cells by its own special mechanism,’ says Lewis. ‘Understanding these mechanisms in more detail is where we should focus our studies.’

Commenting on the studies, John Helmann, who researches antibiotic stress at Cornell University in the US, says:  ‘These two papers will require many in the field to re-examine the earlier reported findings and they re-open the question of whether or not several different classes of bactericidal antibiotics do or do not work through a common mechanism.”

But it does not look as if the ROS supporters are yet prepared to concede ground. ‘We have serious methodological concerns about these studies, which we are addressing in a new paper that we plan to submit in the coming weeks, and we have extensive new data to include that further support our case,’ says Collins.  ‘We are now working to utilise this mechanism to develop effective means to enhance our existing antibiotic arsenal and treat resistant bacterial infections.’

He adds as a wry aside, ‘I am confident these therapies will work, even on the microbiologists who don't believe in the underlying mechanism.’