GlaxoSmithKline's diabetes drug looks set to remain on the market, but the firm is facing over £1.5 billion in various legal bills and settlements

GlaxoSmithKline (GSK) has received a muted ’thumbs up’ from a US regulatory advisory panel for its much-maligned Type 2 diabetes drug Avandia (rosiglitazone), making it likely the US Food and Drug Administration (FDA) will allow the UK-based pharma giant to continue selling the drug in the US.

After a two-day hearing into the safety of the drug, 20 of the 33 panel members of the FDA’s Endocrinologic and Metabolic Drugs advisory committee and the Drug Safety and Risk Management advisory committee recommended that the FDA keep Avandia on the market - although most of those wanted its use to be restricted or safety warnings to be increased. A dozen panel members voted for the drug to be withdrawn from the market altogether.

The committee also voted 19 to 11 in favour of allowing a clinical trial comparing the safety of Avandia to Takeda’s Actos (pioglitazone), a diabetes treatment in the same class of drugs as Avandia, to continue. 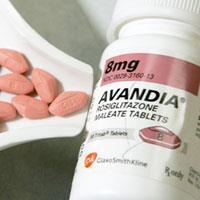 Avandia looks likely to remain on the market

The decision to take another look at the drug’s safety profile was made after a number of recent studies into cardiac risks associated with taking Avandia. Concerns over cardiac side effects have already caused sales of the drug to fall dramatically: in 2006 the Avandia product group had annual sales of ?1.6 billion but by 2009 sales had more than halved to ?771 million.

Nigel Borshell, a senior adviser at consultancy firm PharmaVentures, believes that the decision will make very little difference to the diabetes therapy market in general, as ’the damage to the drug has already been done, so this is a little bit of good news but it’s come too late for GSK - the negatives over the past few years have had a big effect on the drug’s sales and reputation’.

However, he feels that the saga as a whole has been bad news for the industry and the costs involved in drug development because ’the cost to develop a new product is likely to keep going up as companies are asked to do more and more work pre-approval’. Borshell believes that this will have a bigger impact on small and mid-sized companies as they are the ones that are already struggling to meet the costs of clinical trials.

Shortly after the results of the vote had been revealed, GSK announced that it had settled ’the substantial majority of the product liability cases relating to Avandia’. The company said that it ’expects to record a legal charge for the second quarter of 2010 of ?1.57 billion’, including ?500 million to settle an investigation into manufacturing problems at its Cidra, Puerto Rico site, and the remainder for charges relating to the Avandia cases and anti-trust litigation concerning its antidepressant drug Paxil (paroxetine).

A spokesperson for GSK told Chemistry World that the timing of the two announcements was coincidental, and that the company ’has been trying for a long time to resolve a number of legal cases, some of which date back to the mid-1990s, and we’ve been trying to move forwards and come to agreements to reduce uncertainty for shareholders’.