Braskem aims for the skies

Brazil’s Braskem is set to become the largest thermoplastic resin producer in the Americas after merging with its Brazilian rival Quattor Petroquimica.

The combined company will have a total of 26 plants in five different states of Brazil and have the capacity to produce 5.5 million tonnes a year of thermoplastic resin - which is used to make PVC pipes, car parts and vinyl windows.

’The motivation for this deal is to create a company with global reach,’ said Braskem’s chief executive Bernardo Gradin during a presentation for analysts in Sao Paulo. ’We’re able to increase the [company’s] scale and add value for shareholders.’

Not only will the merger see Braskem become the largest producer of thermoplastic resins in the Americas it will become the eighth largest in the world. According to Gradin, who will continue to run the firm after the merger, the move will increase the company’s efficiency and allow it to widen the range of raw materials it can use - including naptha, ethane, propane, propylene and ethanol - leaving it less vulnerable to price fluctuations and supply issues.

’Our strategy is to become one of the five biggest global petrochemical makers,’ said Gradin. 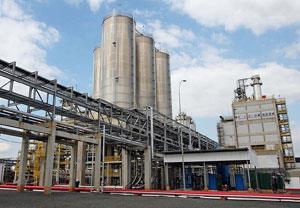 As with most mergers of this scale, the deal is not a simple one. Braskem has agreed to pay BRL647.3 million (?223 million) to buy Brazilian petrochemical investment  group Unipar’s 60 per cent share of Quattor and a further BRL52.7 million to buy marketing arm Unipar Comercial and a 33 per cent share of petrochemical firm Polibutenos, a Unipar subsidiary.

Meanwhile, Brazilian oil producer Petrobras, which owns the remaining 40 per cent of Quattor, is to merge the majority of its petrochemical assets with Braskem to form a joint venture with 2009 pro forma revenues of BRL26 billion.

Braskem’s majority shareholder, Brazilian conglomerate Odebrecht, will continue to control the company with a 51 per cent shareholding, with Petrobras owning the remaining 49 per cent. The new Braskem will have around BRL6.69 billion of debt and has said it is planning to raise as much as BRL5 billion by selling shares in the company.

While the Braskem-Quattor combination will control all of Brazil’s resin production capacity and have an 80 per cent share of the market, Braskem does not expect regulators to block the deal as the Brazilian government considers the petrochemical industry on a global scale rather than just a local one.

David Thomas, senior economist for the chemicals industry at forecasting consultancy Oxford Economics, feels the addition of Quattor will help move Braskem up the value chain in the chemicals sector: ’Quattor is more into the plastics market, including some of the higher value plastics as well,’ he says. This latest deal could help shift Braskem’s current focus from bulk chemicals at the bottom of the value chain to more high value propositions, and help it become a more significant global player, says Thomas.