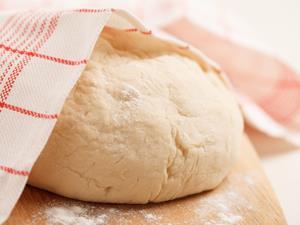 Just like bread, hierarchically porous carbons (HPCs), are judged on their texture; so researchers in China have called on their baking know-how to cook up a sustainable method for producing these supercapacitor components.

HPCs could prove useful in energy storage because of their high surface area and short ion transport pathway. But existing synthetic methods for producing HPCs, including nanocasting and soft-templating, are unfeasible for industrial application as they require complex, expensive processes.

Yong Wang, from Zhejiang University, has been investigating building HPCs from crude biomass, including rice straw and bamboo, using a simple one-pot approach. ‘This is the first report of such a general method for producing biomass based HPCs. The effectiveness of our “leavening” method holds great potential for future industrial applications,’ he explains.

Wang’s team’s method was inspired by bread making, where gas-producing reagents like yeast and baking soda (sodium bicarbonate) create a porous structure. In a similar way, the team used potassium bicarbonate during the carbonisation of biomass to prepare HPCs with a large surface area and a well-developed 3D hierarchically porous texture of macro, meso and micropores.

Materials scientists are impressed by the findings. Robert Mokaya, from the University of Nottingham, UK, says this method is akin to carbon activation, except that some macroporosity is developed in addition to micropores and mesopores. ‘This is interesting as such hierarchical materials, where some control at various pore size levels is possible, are usually templated via more complicated methods,’ he says. And Zoe Schnepp, from the University of Birmingham, UK, comments that carbon is a really important material and is attracting a lot of interest. ‘A nice feature of this work is that the researchers can introduce multiple levels of porosity – macro, meso, and micropores – into a single material via a really simple method.’