Buckyballs prove to be a magnetic proposition for copper 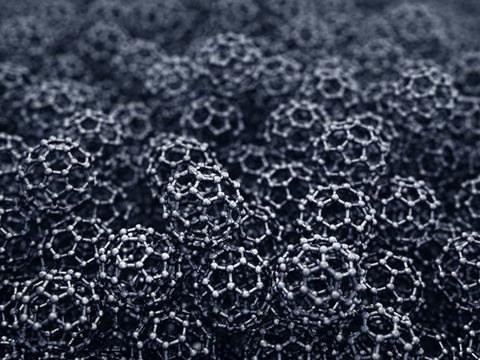 If you’ve ever tried to attract copper to a magnet and been disappointed, there’s a simple reason – copper isn’t magnetic. But a team of scientists from the UK, US and Switzerland has now discovered copper and manganese do show magnetism at room temperature if they are layered with buckminsterfullerene.

The discovery has seemingly overcome an 80 year old theory of magnetism called the Stoner theory. In 1938 the British physicist, Edmund Clifton Stoner, theorised that a material can only be ferromagnetic if it meets the Stoner criterion, which depends on how easily electrons interact and are distributed in a material – a simple feat for the ferromagnetic iron, nickel and cobalt.

The same is not true for copper and manganese according to the Stoner criterion, even though they occupy neighbouring spaces on the periodic table. However, the team based at the University of Leeds have given the two non-magnetic metals a helping hand by creating multilayer thin films of copper or manganese interspaced with C60 molecules. Fatma Al Ma’Mari and her colleagues found that the movement of electrons across this interface allows copper and manganese to overcome the Stoner criterion and exhibit a magnetic character.