There’s a big birthday celebration happening in Marburg, Germany, today, attended by about 800 chemists, to commemorate the birth of chemistry as an academic subject. 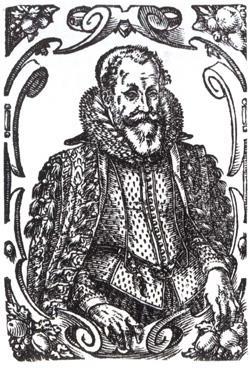 The party-goers, including Gerhard Ertl, winner of the 2007 Nobel prize in chemistry, hail from across Europe and Asia, and are celebrating the 400th anniversary of the appointment of Johannes Hartmann, originally a mathematician who later studied medicine, as professor of ’chemiatry’ at the University of Marburg.

Christoph Friedrich, of the University of Marburg’s Institute for the History of Pharmacy, told Chemistry World that before Hartmann ’there were no professors for chemistry in Germany or elsewhere - he was definitely the first professor for this discipline.’

Chemiatry, also known as iatrochemistry, was founded by Theophrastus Bombastus von Hohenheim, who was born in Switzerland in 1493 and later took the name Paracelsus. ’Paracelsus was the first to found chemistry as complementary science of medicine,’ Friedrich says.

Paracelsus was physician, botanist, alchemist, astrologer, and general occultist and considered the human body a ’chemical laboratory,’ Friedrich says. ’Sicknesses could be cured by chemical remedies produced in a chemical laboratory.’

Despite Hartmann’s appointment to the chemiatry chair in Marburg in 1609, the development of chemistry as a distinct discipline elsewhere took centuries, and remained largely restricted to Europe.

’Until the 18th century, chemistry remained a complementary science of medicine at German universities,’ Friedrich says. ’From then on it started to detach itself from medicine and became an independent science.’ During this process of detachment, many famed chemists initially studied medicine, such as Swedish chemist J?ns Jacob Berzelius (1779-1848, the inventor of modern chemical notation and developer of the concept of the ion and ionic compounds), and Friedrich W?hler (1800-1882, co-discoverer of beryllium and silicon and known for his synthesis of urea).

In 1808, Bavaria introduced pharmacy as an academic subject and Prussia followed suit in the mid-19th century, Friedrich says, adding: ’Professors of chemistry had to teach students of pharmacy, too. In the 19th century, chemistry and pharmacy separated and from then on there were autonomous professorships of chemistry dealing with organic and inorganic chemistry.’