The issue of chemicals used in textile production has come to the fore thanks to a recent campaign by iconic environmental group Greenpeace focusing on nonylphenol ethoxylates (NPEs). The campaign now seems to be gaining traction with high profile sport clothing companies, such as Nike, which has said it will eliminate discharge of ’hazardous’ chemicals throughout its supply chain by 2020. 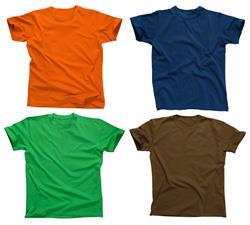 In its most recent report, Greenpeace says it found NPEs in clothing bearing the logos of 14 big name brands, including Adidas, H&M and Abercrombie & Fitch.

NPEs have traditionally been used in several stages of textile production, most commonly in wool scouring, when the natural oils are removed from the wool fibres. They were favoured because of their cleaning and fibre lubricating properties and because unlike anionic surfactants they are not absorbed into the wool.

But for many years environmental groups have lobbied against their use. Once in the environment, they degrade into nonylphenol (NP), which tends to build up due to poorer water solubility. This is problematic as NP is associated with toxicity and reproductive abnormalities in fish and other aquatic wildlife.

The risks associated with NPEs have been acknowledged in most developed countries, which have taken measures to limit exposure. In 2005, the EU severely restricted the sale and use of NPEs, effectively banning their use in textile production. The US has so far been more cautious, confining itself to water quality criteria that limit the concentration of NP allowed in water. But the US approach is still tougher than that of most developing countries. China, for example, has restricted the import and export of NP and NPEs, but it has not yet limited the use of these chemicals. Two months ago, Greenpeace released a report in which it said it had linked many of the same brands to suppliers in China that were releasing nonylphenol into major watercourses.

Campaigners have argued that alcohol ethoxylates (AEs) are just as effective while being far less harmful to the environment. Meanwhile, the chemical industry responded to the EU ban with a wide range of products specifically designed to replace NPEs in industrial processes.

’Now that Nike and Puma have committed to cleaning up their supply chains, and are using their power as brand owners to influence the environmental impacts of their production, Adidas and other leading clothing brands can no longer avoid the responsibility of ensuring that the environment, their customers and people across the world are no longer threatened by the release of hazardous chemicals’, said Greenpeace campaigner Yifang Li.

Nike has given itself eight weeks to come up with an action plan for purging its supply chain of unnamed ’hazardous’ chemicals and addressing transparency in its chemical management. Whether it will deliver on its promises remains to be seen, but right now the environmental groups are claiming progress.