Chemicals sector bumping along the bottom

While some economic indicators hint the recession may be easing, the chemicals sector is still at rock bottom

Despite a general feeling that the worst of the recession has passed and that the world’s economies are taking the first steps on the painful road to recovery, the chemical industry is less than bullish about the outlook for the near future.

The sector is one of the key indicators of how the world economy is doing, producing the chemicals and materials that are used in our homes, cars and other consumer goods. And while government stimulus packages have had some success at rebuilding consumer confidence and sales, the effects are yet to be felt in the chemicals sector.

The latest slew of financial results from chemical companies paint a bleak picture, with DuPont seeing its second quarter sales fall 24 per cent to $7.1 billion (?4.2 billion). Chief executive Ellen Kullman expressed apprehension for the future: ’My concern is true demand recovery. Are we going to be bumping along the bottom for a while?’

Recent data from other areas of the economy suggest this may be the case. While in the UK housing market mortgage approvals hit a 14 month high in June, lending during the second quarter of 2009 totalled an estimated ?33 billion - the lowest quarterly lending figure since the first quarter of 2001. Unemployment in the UK is also still rising, reaching 7.6 per cent for the three months to May 2009. The picture is even bleaker across the pond, where unemployment hit its highest level in nearly 26 years at 9.5 per cent. 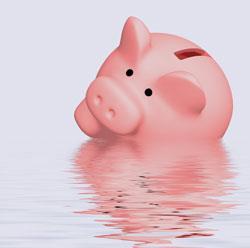 When German chemical and pharmaceutical giant Bayer announced in July that its second quarter sales had fallen 5.9 per cent to €8.5 billion (?7.2 billion), the company said that there were signs the bottom of the trough had been reached, although a lasting improvement was not yet in sight. This was particularly evident for its MaterialScience division, which saw sales fall 30 per cent compared to the second quarter of last year.

However, some firms do at least see a small shimmer of light at the end of the tunnel. ’The economic outlook for the rest of 2009 appears to be stabilising with strong growth in Asia Pacific, especially China, where domestic stimulus programs have created demand,’ commented Andrew Liveris, chief executive of the Dow Chemical Company. ’In our view, the United States economy has found bottom, but will be slow in recovering as unemployment continues to be a drag on consumer spending.’

3.6 billion in the second quarter - 10 per cent lower than during the same period last year. Chief executive Hans Wijers warned that the company was seeing little recovery in growth, aside from within some of the emerging markets.BASF’s chief financial officer Kurt Bock echoed this sentiment: ’We think that the downturn seems to have bottomed out and there seems to be stabilisation at a low level. The trough appears to have been reached in North America, and China is again growing faster. But we see no signs of a sustained upturn.’

12.5 billion, Bock also cautioned that ’there is still the danger of another painful setback due to overcapacities, bankruptcies and growing unemployment.’

Only time will tell when the gloom will lift, but history tells us the path to recovery is a painful and protracted one.