Chemists contribute to prior art hunt

A crowdsourcing website that pays for prior art is gaining popularity – can chemists make money? 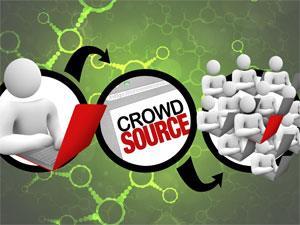 Do you know some chemistry? Do you have spare time? Then it might be that you can make money stress testing the patent literature.

Article One Partners (AOP) is a website created in 2008 based on an idea that is now rapidly gaining popular acceptance: crowdsourcing. The fundamental premise is to bring together (to source) a large group of people online (a crowd) to help solve a problem, in the hope that lots of people working together will prove more than the sum of their individual activities.

AOP applies this to improving the patent literature.

A common misconception about patents is that, once you’ve got one, your invention is protected. If only it were so simple. There are a lot of low quality patents out there, many of which might be invalidated by ‘prior art’, information about the invention published before the patent application was made.

Under the AOP system, anyone who wants to can pay for prior art searches (called studies) performed by the community of online researchers. And the best material earns a cash prize at the end of the search.

The system seems to attract chemists in particular. AOP estimates that 17% of researchers come from the chemistry community (increasing to 49% if researchers with medical pharma or biotech backgrounds are included and up from 12% previously recorded), while only 10% of completed studies fall into the chemistry and pharmaceutical category.

Furthermore, the site seems to have reached something of a tipping point. It made its first award on 9 February 2009. It took three years (almost to the day) to pass $2 million in researcher rewards on 7 February 2012. But just six months later, on 17 October, the site announced that it had passed the $3 million mark, and as of 30 October the total stands at over 3.4 million.

How much might you make? The average reward has settled at about $5000, and some researchers are joining enough studies and earning enough rewards to treat AOP as a full time job, says chief product officer Peter Vanderheyden. But in most cases it is supplemental. For a lot of people, the opportunity to keep learning about their field of specialisation (while making money) is a key driver, adds Vanderheyden. It is a good way to stay up to date.

With this in mind, Chemistry World asked two members of the chemistry community to take a closer look.

Signing-up to Article One was very simple, and it quickly felt like I’d achieved something when I was awarded 25 ‘researcher points’.

These points determine your share of the company profits, however further digging revealed that I’m only eligible once I have over 2000 points. So I’m still some way off. In any case, profit-sharing is more of an added bonus – what really draws the eye are the $5000 rewards. But do you have to be an expert researcher, or just an expert researching?

The videos instilled a sense of confidence, making me feel like an instant patent expert. I’m coming to the end of my PhD involving drug design so I clicked on the first pharmaceutical study I found. The unknown client was looking for prior art on a Novartis multiple sclerosis drug called fingolimod.

As I searched for similar compounds using ChemSpider, the money started to seem further away. After 30 minutes, I began to get bored and started wondering if there was actually anything to find. There’s no guarantee that prior art for this compound exists, and no amount of searching is going to uncover something that isn’t there.

It’s obvious that no-one is going to pay me $5000 for 30 minutes work, but how much work will it take? There are probably three factors to consider: the existence of prior art, my ability to find it and whether my research is better than everyone else’s. As you start out on AOP, it’s impossible to gauge any of this and with such a poor idea of the odds, I can’t see myself gambling my time and effort.

I think the value of a website like this one is always going to depend on how many people sign up: lots of people make it useful in a range of ways, but without that there’s a danger of irrelevance.

That said, I think most people with at least undergraduate level chemistry education could get something out of involvement. You’re most likely to make money if you’ve got very specialist knowledge which matches one of the projects. Such knowledge seems much more important here than any experience with patents you might have. There’s no requirement to present the information in a patent appropriate way or to consider the legal implications, for example. You just have to dig out the documents, which I think should suit scientists. In any case, the site has a lot of good information about how to perform searches, more than I’ve seen at similar sites, although the studies themselves could perhaps benefit from more information about what to look for in each case.

From the point of view of companies looking to obtain prior art, things are perhaps more limited. When you start a study, you’re effectively telling the world what you’re interested in, which might be a bad idea for commercial reasons. But in some instances it wouldn’t matter. More usually, I could see this sort of approach as something to be tried after other options, such as in-house patent searches.

As something of an aside – if you’re planning to use any information services that you have access to through your regular job, such as Web of Knowledge for example, you should carefully check the small print to see if you are allowed to use them for this type of task. I expect that the free public information services would provide more than enough scope for searching, so I would probably start by using these.