A political fight between Democrats and Republicans in the US Congress has derailed legislation authorising funding for basic research and innovation.

The bill in question reauthorises the America Competes Act, which expires on 30 September. It aims to keep the US National Science Foundation (NSF), Department of Energy (DOE) Office of Science, and National Institute of Standards and Technology (NIST) on a 10-year budget-doubling trajectory to 2016. 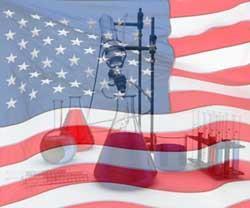 Has political point scoring affected funding for US science?

Republicans offered a last minute motion that cut funding for basic research programmes beyond a 10.3 per cent reduction from the levels in the original bill. The Republican motion also included a clause prohibiting any funds authorised in the bill being used to pay salaries of federal employees disciplined for viewing pornography.

The pornography reference follows recent investigations by the NSF which found that some employees had watched pornography on their work computers.

More than 750 organisations had endorsed the reauthorisation legislation, and many are disappointed that the bill has been hijacked by politics.

But Republican leaders in the House express support for the goals of the Competes reauthorisation, even as they decry its price tag of $86 billion (?59.6 billion). ’We support reasonable measures to advance science research and development; however, [the reauthorisation bill] goes beyond the basic goals of the original Competes Act by creating excessive spending levels, numerous new and unnecessary or duplicative programmes, and a policy shift away from the focus on innovation-enabling basic research,’ a statement from House Republicans read.

They say the reauthorisation levels represent an increase of almost $8 billion above the 10-year doubling path for NSF, DOE’s Office of Science, and NIST that was established in the original bill.

The Democrats plan to bring the bill back for consideration in the House in the coming weeks, but it is unclear whether they will succeed. The American Chemical Society (ACS), which supports the bill, agrees that  the price tag is a hard sell given the current budget situation. US debt has reached $13 trillion, and its budget deficit has increased 50 per cent in three years.

ACS is primarily concerned that the bill retains bipartisan support - the original measure, passed in August 2007, enjoyed an overwhelming bipartisan vote. ACS also says it is a good barometer for how both political parties are willing to work together in the interest of national science and innovation.

UPDATE: On 18 May Bart Gordon, chairman of the House Committee on Science and Technology, reintroduced the America Competes Reauthorization Act of 2010 with two amendements: the reauthorisation period was reduced from five to three years, and a clause banning the use of authorised funds to pay the salary of federal employees disciplined for looking at pornography at work was included.