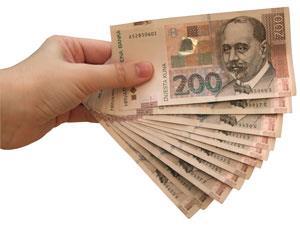 Croatian chancellors are now worse off. Will professors be next?

Last week, the Croatian government cut the salaries of 37 university heads and deputies by around 30% to save HRK5 million (£560,000) a year. This money will now be put towards creating jobs for 25 young scientists, the government claims.

Owing to a legal loophole dating back to 2007, several of the rectors had larger salaries than the prime minister or even the president’s, making them the best paid public sector workers in the country.

The science ministry tells Chemistry World that chancellors’ salaries were decoupled from rules covering other state officials in 2007 at the request of universities. This eventually led to their salaries growing by 44% over those of other equivalent state officials.

The cut, made possible by the changes to the science law passed in July, will reduce the chancellors’ salaries to ministerial ones, and vice-chancellors’ to deputy ministerial. The ministry is now considering two options for spending the money: employing the best postdocs as lecturers or funding PhDs and postdocs via the Croatian Science Foundation.

But Aleksa Bjeliš, chancellor of the University of Zagreb, says: ‘Many see this decision as one of the announcements of further cuts in the state budget for [science] in the next year. It is a matter of political judgment and it is only one of the episodes that show how politics is treating the academic and research community.’ He warns professors’ salaries might be next, bringing them into line with lower chancellor salaries.

Bjeliš adds that channeling the extra funds to young scientists is an ‘attempt to hide dangerous consequences of this minister and his science deputy’s work’. ‘Earlier, each year would see 200 to 300 young people entering the system,’ he says. ‘Now, each partial announcement of 20 or so new places is proclaimed as yet another grandiose success of the new politics.’

Meanwhile, critics of the current system say chancellors do not have much power, responsibility or accountability in a system that gives high levels of autonomy to universities’ faculties. Their lower salaries rightly reflect that, critics claim.

‘There is a very good reason to reduce Croatia’s chancellors’ salaries: they are simply not worth as much as they have been paid so far,’ writes Boris Lenhard, a computational biologist at Imperial College London, UK, and a prominent critic of Croatia’s science system, in Jutarnji List daily. ‘Croatia’s chancellors are, in reality, bureaucrats, people bored with their primary scientific and educational work, whose main motive for staying at their function – sometimes longer than allowed by law – is a big salary.’