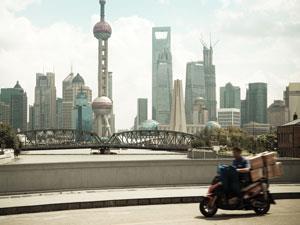 Dangerous chemicals are sometimes transported alongside packages destined for the public

A lethal accident caused by the leak of a laboratory reagent being delivered by untrained couriers in an inappropriate vehicle has once again highlighted the difficulty of transporting small quantities of chemicals in China. This situation is putting researchers and small companies in the unenviable position of delivering samples and reagents themselves, sometimes using their own vehicles. The alternative is unlicensed couriers or waiting months for a single delivery. But so far there is no sign of a solution to this problem despite the deadly consequences of poor handling of hazardous chemicals.

The most recent victim of poorly transported chemicals died on 29 November 2013 when he came into contact with a pair of shoes he ordered online for his 11-year old daughter. The package had been contaminated with methyl fluoroacetate in transit when a chemical container being illegally delivered by the courier firm leaked.

Methyl fluoroacetate, a widely used pharmaceutical intermediate, can cause respiratory distress and convulsions if inhaled or ingested. German, Polish and British chemists even considered using it as a chemical warfare agent during the second world war. In this case, the compound was being sent from Hubei province to a chemical firm in Shandong. Despite the chemical leak causing minor injuries to several workers in the delivery chain, no one reported this to the authorities, and the contaminated goods were not intercepted.

A history of poor practices

The case is far from unique. The package is alleged to have been sent by Yang Yirui, production manager of a Hubei province-based chemical firm, who was arrested for sending the material and other toxic chemicals using the same courier company. This company, like most other courier firms in China, does not have a licence to deliver hazardous chemicals. Before the deadly accident and since, minor cases of chemical poisoning have been frequently reported by Chinese courier firms. Presently, none of the major express delivery firms in China has a licence to deliver or transport chemicals.

China recently imposed strict regulations to control the delivery of industrial chemicals. Four months before the lethal accident, new legislation came into effect in July 2013. The new rules stipulated that companies transporting hazardous goods like explosives or chemicals must use appropriate vehicles and train workers properly, apply for permits each time, and have separate parking and depots to keep hazardous and non-hazardous goods apart. China’s basic rules on chemical transport, rolled out in 2011, require government licensing for nearly every step of a delivery.

‘One result of the strict regulations is difficulty delivering any small quantity of chemicals between labs,’ says Zhou Houyun, chief editor of the journal Chemical Safety & Environment, published by the China National Chemical Information Center. He explains that only those major chemical manufacturers or traders and a tiny number of specialised transportation companies – often state-owned – are allowed to deliver chemicals. They are not ready for or interested in offering courier services for small quantities of chemical samples because of the cost. In some cases, small quantities of chemicals aren’t delivered for several months.

The price tag for such a delivery can be high too. Chinese media reports that firms authorised to deliver hazardous materials commonly use tonnage as the basic unit price for their goods, no matter how small the samples are. As a result, some scientists and industrial chemists have resorted to delivering their own reagents and samples. ‘We have to drive our own car between our two labs in Beijing and Tianjin to deliver chemicals and samples every week,’ says Fu Yan, co-founder of Tianjin SinoBiotech and Beijing Bio-Fortune, two new drug development firms. ‘Luckily, they are not too far apart.’

Others, as Yang is accused of doing, illegally camouflage their chemicals as common commodities and ask run of the mill courier firms to deliver them. Tough competition between couriers makes these firms reluctant to refuse any business. ‘Even if we wanted to refuse any potential hazardous goods, the local branch workers [of courier firms] are not equipped to distinguish what are forbidden chemicals,’ says Quan Feng, deputy general manager of Beijing-based leading courier firm Xiaohongmao.

Worrying about the risks, Chinese regulators have decided not to open the chemical delivery business to domestic commercial courier firms. ‘Every time when there were chemical safety meetings, we argue for opening the business to commercial couriers, and ask the qualified firms to apply for licences, but government officials eventually suspended such proposals from fear that opening the business up may be risky,’ Zhou tells Chemistry World.

Quan says that if the demand is there in industry, the government should open up chemical transportation to the private sector. As many small quantities of chemicals are delivered by unlicensed individuals or disguised in misleading packaging, no one can tell how great demand is. However, at Taobao, China’s huge online trading forum, thousands of retailers sell large quantities of medical and industrial alcohols. Delivery charges are as low as Yuan5 (50p) per unit, so it is widely believed that most of the alcohols are delivered illegally through unlicensed couriers.

Problems with a lack of qualified personnel and suitable vehicles at courier firms could soon be resolved if the market was open up, Quan says. ‘We cannot train every courier to be able to distinguish chemicals, but we can set up special branches to deal with chemical delivery.’ These new private services might be a little more expensive but Quan says that things can’t carry on as they are.