Scientists in China have discovered that the blood plasma proteins of type II diabetes patients reduce the beneficial effects of dietary polyphenols. 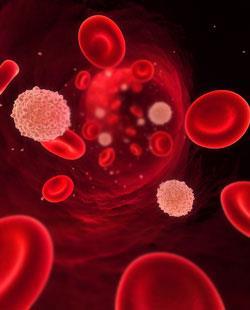 Raised glucose levels in the blood of diabetics affects the structure of their blood plasma proteins, which prevents the proteins carrying healthy antioxidants to cells and tissues

Polyphenols are antioxidants and are found in chocolate and red wine, for example. In the body, they scavenge cell damaging free radicals. They bind to proteins in blood plasma, constantly switching between the bound and unbound forms. This may be how polyphenols are delivered to cells and tissues, but this is unproven.

Ann Hagerman, an expert in the interactions of proteins and polyphenols and their bioactivity at Miami University, US, says that as research has been focused for many years on unmodified proteins, seeing how such modifications affect the interaction is quite interesting. She would like to see the work extended to other small molecules, using methods in addition to fluorescence spectroscopy to study the interactions.

Xiao’s team will now investigate why hydrophobic polyphenols cause a larger difference between the binding affinities of healthy and type II diabetes plasma proteins. The findings may affect the use of polyphenols in diabetes therapies, they say.