Nuclear science in the US has been dealt a double blow with the announcement of huge budget cuts at the Los Alamos National Laboratory (LANL) coming hard on the heels of the mothballing of a multi-billion dollar research facility at the lab. Actinide scientists in the US and abroad are dismayed by the news and warn that nuclear safety and technological advances could be compromised in the long run. 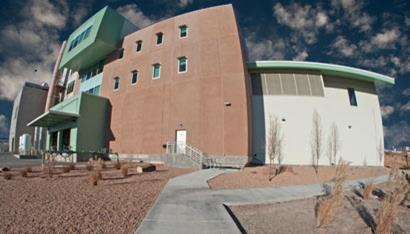 The budget cut follows the postponement, for at least five years, of the construction of a major nuclear facility at the site. In 2005, the Chemical and Metallurgy Research Replacement (CMRR) project was announced, to build a new radiological laboratory and utility office building, together with a new nuclear facility, costing between $3.7 billion and $5.8 billion. The radiological lab is due to be completed in the next few months, but the nuclear facility has been put on hold. The facility was for actinide chemistry and materials characterisation, actinide research and development operations, as well as providing spent nuclear material storage vaults. It was meant to provide a replacement for the existing chemistry and metallurgy research facility, which was built in the 1950s.

It appears inevitable that the postponement of the new facility will affect research. ’LANL has research programmes that explore the chemical, physical, nuclear and metallurgical properties of the lighter actinide elements - typically uranium through americium, though not strictly limited to these - with a special emphasis on plutonium,’ a spokesman tells Chemistry World. ’Some work could be moved to existing LANL facilities, including the new radiological lab and our existing plutonium facility, but it would require investment.’ The spokesman conceded that ’the ability to explore new, uncharted regimes in actinide science will be limited and slower’.

Actinide scientists elsewhere are unhappy with the developments. ’Development of a highly trained workforce in actinide chemistry is expensive and time-consuming. Yet, such people are extremely important in a wide range of issues important to humanity, including development of an advanced nuclear energy system, proper handling and disposal of high level nuclear waste, remediating environments contaminated by actinides, nuclear forensics for attribution purposes and maintenance of the nation’s nuclear stockpile,’ says Peter Burns of Notre Dame University in Illinois, US. ’This postponement will reduce the capacity to train a workforce, and will reduce the employment opportunities for such a workforce. Once a workforce of this sort has been diminished, it will be hard to rebuild.’

Suzanne Bart, at Purdue University, says: ’Currently, there is significant work being performed at Los Alamos in the actinide sciences to understand the properties and chemical reactivity of these elements and their mixtures and the postponement of this facility will hinder the expansion of this field. Without the appropriate facilities, the research simply cannot be done. Ongoing study of these elements are important for the future, as these elements cannot be properly stored or disposed of without an understanding of safe ways to handle them.’

Further afield, actinide chemist Polly Arnold from the University of Edinburgh in the UK, adds: ’The sad thing is that it doesn’t just affect the actinide chemistry community, but science in general. The cuts reduce the amount that everyone can do. As people spend more time trying to get small amounts of funding from other sources, they inevitably have less time to do the good science.’