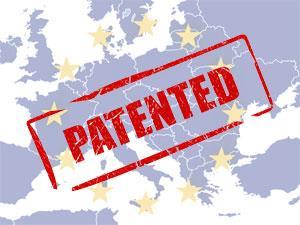 The promise of cheaper patents was dangled under the noses of small innovative companies and then abruptly withdrawn again at the beginning of July, when members of the European parliament (MEPs) refused to put the proposal for a single European patent to a vote.

The MEPs threw a spanner in the works just after EU heads of state had finally broken a six-month deadlock on the patent plan. The compromise agreement would have seen the location of the new international court that will adjudicate on disputes relating to the new-style patents split between London, Paris and Munich.

This piece of eurofudge would give the London division of the unified patent court responsibility for patents in the chemical sciences, including fuels, dyes and materials, and in pharmaceuticals, biologics and medical devices. Munich would have picked up responsibility for engineering patents and Paris, as the headquarters of the court, would have handled cases outside these specialist areas.

Patent attorneys Powell Gilbert in London said the geographical dividing of the spoils is a ‘political compromise’ but makes sense ‘given the strength of the German automotive industry and the UK’s leading expertise in life sciences’.

The decision to split the patent court should have been the final hurdle in a process that has sprawled over four decades. However, following lobbying from the UK, EU heads of state at the European council meeting also agreed to delete three clauses that would have given the court of justice of the EU ultimate control over the unified patent court.

The move incensed MEPs, including Klaus-Heiner Lehne, chair of the European parliament’s legal affairs committee, who said removing the three articles, ‘emasculates’ the proposal. Bernhard Rapkay, the MEP responsible for steering the unified patent legislation through parliament, called the move was a ‘scandalous breach’ of procedure.

The unified patent court is one element of an overall patents package, meaning that until the stand-off is resolved the rest of the draft legislation is in limbo too. After refusing to vote through the proposal on 4 July, the parliament’s legal affairs committee debated the matter on 10 July, concluding the deletion of the three clauses jeopardises the legal basis of the proposed single patent.

‘This is a difficult situation,’ Lehne told the committee. ‘But there is time ahead with the summer break for [EU lawyers] to look at the issue and come up with a feasible solution.’  Rapkay was more confrontational saying: ‘If there is no EU patent, it’s the council’s fault.’

The renewed impasse is awkward for all member states, the European commission and the European parliament, which have each presented cheaper patenting as a key measure in promoting the competitiveness of small R&D-based companies and of reviving growth.

The proposal was already weakened by the fact that Spain and Italy have refused to take part, giving a hyperbolic edge to the commission’s claim that having a single unitary patent would reduce costs by 80%. However, there is no doubt that an effective patent system is necessary to translate the 1.9% of its GDP that the EU invests in R&D each year, into economic growth.

At present patents granted by the European patent office in Munich have to be translated into the official language of – and filed in – every country in which the patent is to be recognised, a requirement that would be removed under the single patent. According to the commission, it costs Euro32,000 (£25,000) to translate and validate an average length patent in all 27 member states. Putting this another way, Eurochambres, a pan-European body representing over 20 million firms in Europe, estimates validation costs businesses Euro425,000 a day.

On top of this exorbitant bureaucracy, patents can only be challenged or defended in national courts, making it prohibitive for small companies to bring a case to law and resulting in confusion when different national courts reach different conclusions.

Arnaldo Abruzzini, secretary general of Eurochambres believes a single patent would be ‘an emblematic lever for EU competitiveness’. Companies caught in the crosshairs agree. The issue is particularly critical for small, early-stage biotechs which rely on their patent portfolios as the only markers of value and the sole currency in negotiating partnering deals.

A case in point is Genkyotex, which is developing a new class of small molecule drugs for inhibiting nicotinamide adenine dinucleotide phosphate oxidases (NOX), a class of enzymes that is involved in conditions ranging from complications of diabetes to Alzheimer’s disease. Ursula Ney, chief executive, tells Chemistry World that, since its formation in 2010, the company has expanded its high throughput screening and its chemistry base substantially. ‘It’s still early days, but we are seeing more patentable compounds coming through and clearly it would be good to see some simplification of the management of the whole process,’ she says.

The problem impacts equally on small companies developing biologics. Ed Moses, chief executive of Ablynx, a specialist in scaled-down versions of antibody drugs called Nanobodies, says the company spends Euro2 million per annum maintaining its portfolio of 500 granted and pending patents. Not having to translate and validate each one in each country would ‘simplify things dramatically’, Moses says.

The cost deters Ablynx from registering patents in EU countries that represent smaller potential markets. ‘But then it’s a problem if you do a deal with big pharma because they are interested in these peripheral countries,’ Moses says.

Jonathan Faull, director general of international markets and services at the European commission told the legal affairs committee meeting on 10 July that the commission is sticking to its target that the first unified patent will be granted in April 2014.

Moses isn’t holding his breath, however, pointing out that if and when a single patent comes into force there would be a five to seven year lag ‘before it would start to have a real impact in terms of simplification and reduction in costs’.