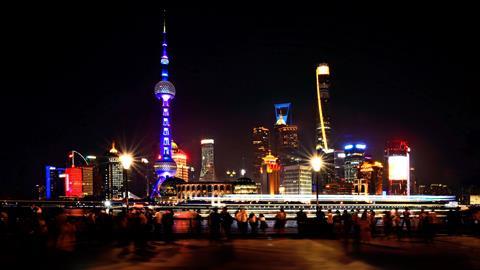 Is China the technology powerhouse it claims to be?

Policy change looks to move away from scientific hype

China’s media has a reputation for extravagant promotion of its scientific achievements. But this policy appears to be shifting as reflected in a recent speech by Liu Yadong, editor-in-chief of the state-owned publication Science and Technology Daily. Liu acknowledged that there are still many obstacles for China to overcome before it poses a serious challenge to more technologically advanced nations. His comments come as a trade war looms with the US, which is concerned over unequal tariffs and intellectual property theft.

Addressing a seminar in June, Liu said China still suffered from a lack of theoretical scientific knowledge, a skills deficit in some areas and insufficient patience and perseverance to see projects through. ‘The large gap in science and technology between China and developed countries in the West, including the US, should be common knowledge, and not a problem,’ he said, ‘But it became problematic when the people who hype [China’s achievements] … fooled the leadership, the public and even themselves.’ One example he gave of hype was the coverage by state news organization Xinhua last year of four new ‘great inventions’: high-speed rail, electronic payments, bike sharing and online shopping. None of these technologies originated in China. Science and Technology Daily recently published a series of articles describing 29 key technologies where China was lagging behind other countries.

David Bandurski is co-director of the China Media Project, an independent programme run in partnership with the University of Hong Kong. ‘Liu Yadong has a point. China’s state media has been hyping Xi Jinping and China’s strengths and ambitions very loudly over the past few years,’ he says. ‘It’s clear that there was already a great deal of opposition to this, particularly in light of trade tensions with the US, and China’s government was already responding to tone things down. So Liu Yadong was reflecting a change that was already happening within China’s propaganda apparatus.’

Frithjof Arp, a professor of international business at Nottingham University Business School in Zhejiang, China, is also not surprised at Liu’s comments. ‘Liu Yadong’s speech is most likely part of the Chinese government’s increasingly sophisticated approach to shaping opinion worldwide: a systematic attempt to distract attention away from China’s continued success of extracting knowledge from elsewhere. That success receives increasing attention around the world and Chinese authorities currently feel a need to appear more humble.’

Whatever the motivation for the speech, Liu is right that China lags the US in terms of innovation, says Richard Appelbaum of the University of California, Santa Barbara in the US. ‘Chinese scientists have yet to produce cutting-edge breakthroughs that might receive a Nobel prize in science. Chinese research has yet to result in innovative, competitive products that might compete in foreign markets, and China is still dependent on foreign technology in crucial high-tech areas, from chips to high-level digital control systems to high-level hydraulic components.’ While China has surpassed the US in the number of scientific publications, in terms of impact and other measures of quality the US still greatly outstrips China, he adds.

One major challenge is China’s STEM education system, Appelbaum says. China’s classrooms and laboratories are not always conducive to innovative thinking and scientific breakthroughs, and Chinese instruction remains heavily based on rote learning and memorising. This makes students risk-averse, and less likely to be creative. ‘The number of Chinese students studying abroad has increased steadily, although apparently President Xi plans to reverse this trend – as may the US, in light of concerns over ostensive IP theft by Chinese students,’ he adds.

Arp agrees that there are still gaps in Chinese science and technology research, most notably in basic research without immediate practical applications. League tables for numbers of patents and scientific publications do not provide an accurate picture. ‘The real growth in scientific knowledge cannot be expressed with academic journal metrics – qualitative assessments provide more insight,’ he says. ’For example, a lot of important research is conducted outside of the university sector in private companies with state patronage, in state owned enterprises and government research labs.’ Arp believes that qualitative assessments also reveal that it is not limited resources in science and technology that are holding China back. Instead, it is increased ideological interference that constrains critical thinking: ‘The speed of innovation depends on how people in general, and innovators in particular, are managed and governed.’