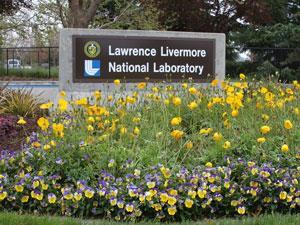 The Lawrence Livermore National Laboratory (LLNL) has decided to address an anticipated budget shortfall in 2014 by offering nearly 10% of its workforce voluntary redundancy.

The US Department of Energy’s LLNL, which employs 6500 people, is offering these voluntary layoff packages to up to 600 of its workers, the national lab’s director, Parney Albright, announced on 13 May.

Specifically, the lab will offer one week of ‘consideration pay’ for every year that an employee has worked at the lab, up to 26 weeks. The application process for these voluntary separations began on 8 May, and employees taking up the deal are scheduled to leave by 13 June.

LLNL’s current 2013 budget is $1.6 billion (£1.1 billion), but the figure is actually $1.5 billion after accounting for the across the board cuts that went into effect on 1 March, known as the sequester. By comparison, President Obama’s budget request for the 2014 financial year – which begins on 1 October – proposes funding of $1.47 billion, but the sequester could take that figure down to $1.25 billion, according to LLNL spokesperson Lynn Seaver.

‘Those are the numbers that we are looking at, and that has presented some workforce challenges,’ Seaver tells Chemistry World. She says the lab will do everything that it can to avoid enforced layoffs, but notes that such an option ‘certainly is a possibility’.

Both chambers of Congress still have to approve the president’s fiscal year (FY) 2014 budget request, and that will likely prove difficult with the contentious and partisan environment that currently exists on Capitol Hill. ‘Although there remain a number of unknowns about how the budget request for FY14 would flow down to our laboratory, it is clear the budget proposal will face an uphill battle in Congress this summer, with continuing debates about reducing federal spending, a possible FY14 sequester and the debt ceiling,’ Albright stated.

The lab aims to implement the voluntary reductions now, rather than waiting for more information about how the 2014 budget will shake out. It hopes that such proactive action will put it in a better position to address whatever budget realities will present themselves in 2014 and beyond.

No specific jobs are being targeted for elimination, and all career employees may apply for the voluntary reduction programme. But the lab said the applications will be reviewed to ensure that it retains the ‘necessary skills mix’ among its workforce.

Once LLNL receives its final 2014 budget, it will reassess its situation, Seaver says. Following completion of this voluntary reduction process, the lab plans to examine the skills of its remaining workforce and balance that again funding constraints.