Could hefty lawsuits over unclear legislation stall US introduction of cheaper biological drugs? 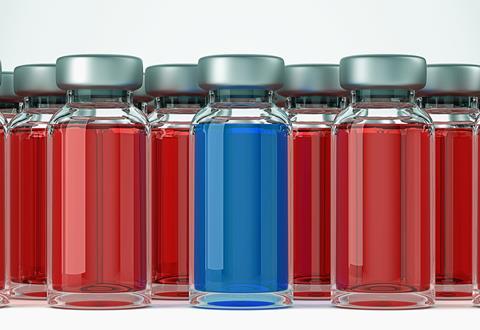 Since March 2015 and the first US approval of a biosimilar – Sandoz’s Zarxio, based on Amgen’s Neupogen (filgrastim) – another four follow-on biologics have received regulatory approval, with the fifth just last month. Yet only two of these products have actually hit the market, while eight US lawsuits are debating patent infringements and the interpretation of the relatively new Biologics Price Competition and Innovation Act (BPCIA). One case – Amgen versus Sandoz – has even reached the US Supreme Court, highlighting the legal quagmire that biosimilars find themselves in.

It’s perhaps not surprising that big pharma seeks to protect its patents for biological drugs, which command substantial price tags and market share (given that that has also been the strategy when sparring with the small-molecule generics industry). And with a global biosimilars market forecast to be worth $30 billion over the next four years, there’s a lot at stake and many companies are fighting for biosimilar supremacy. But the raft of associated litigation is starting to raise question marks, particularly since the BPCIA was introduced to hasten the cheaper versions onto the market.

This partly represents the teething problems of a new act, explains Sara Koblitz from law firm Hyman, Phelps & McNamara. ‘The legislation is not clearly drafted, which means that there are a lot of questions from industry about its meaning and practical implementation. And with the FDA reluctant to regulate in this area, industry has to look to the courts.’

This is clear from the Amgen and Sandoz case in the Supreme Court, which is considering two questions to clarify the Act: whether biosimilar companies have to share full FDA approval applications with the originator companies (known as the ‘patent dance’ provisions); and at what point biosimilar companies have to announce their plan to market a follow-on drug, which essentially gives a six-month warning before the product hits the market.

According to Amgen, this announcement should only be made when FDA approval is received. But according to Sandoz, that would grant originator companies a bonus six-month period of market exclusivity. That, says Sandoz, was not the BPCIA’s intention. Sandoz would allow the announcement earlier, so that biosimilars can go straight onto the market once finally approved. A decision on the case is expected in the summer.

The legislation is not clearly drafted, which means that there are a lot of questions from industry about its meaning and practical implementation

Joshua Whitehill, associate at law firm Goodwin, says biosimilar litigation in the US is still in the ‘experimental phase’ where ‘litigants are developing and trying out a variety of untested strategies with varying results’. He contrasts this with Europe, where biosimilar regulation has been established since the early 2000s, with the first product approved in 2006. While biosimilar patents have been challenged in Europe, the difference compared with the US is that the regulatory pathway and litigation procedure has been clearer in the EU. In India, biosimilar producers are also challenging companies aiming to protect their biological drug dominance.

Indeed, the murkiness of the US system is leading some to consider the broader implications. Amgen, which is both an originator company and now a biosimilar manufacturer, declined to comment when approached by Chemistry World, but the biotech firm’s 2017 biosimilars report lists litigation as one of the challenges for the biosimilars market. ‘A single infringement lawsuit by the reference product sponsor could delay a product launch; alternatively, a biosimilar applicant may decide to launch at risk…, [which] could result in withdrawal of the product from the market and/or royalties for the reference product sponsor at the end of the lawsuit.’ It notes that the two biosimilars on the US market were both launched at risk while their makers are embroiled in lawsuits. Meanwhile, the scope for ‘follow-on litigation’ is substantial, with related cases such as delayed biosimilar entry allegations, improper promotion and even patient safety lawsuits all likely to occur, says Richard Mortimer from consultancy Analysis Group.

The lack of clarity has made the legal landscape more challenging, says Koblitz, ‘which means that bringing a biosimilar to market is more challenging’. Just attempting approval is risky, she adds, ‘so there may be companies sitting on the sidelines waiting for litigation to play out before deciding whether to enter the market’. Amgen’s report also acknowledges this, noting that the legal landscape ‘will likely inform future decisions on applications and launch strategies’.

This watch-and-wait delay makes sense from an economic perspective, as companies determine whether there will be a return on their investment, Koblitz says. ‘I’m not sure that the moneymaking ability of a biosimilar is in doubt, but the return on investment certainly is, particularly if a biosimilar company has to invest the same resources in marketing and brand awareness as the reference product does.’ However, an interchangeable designation – which the US Food and Drug Administration has recently proposed a regulatory path for – would reduce this uncertainty, she adds.

The biosimilars market in the US is complex and evolving, but with this much money on the table, the litigation shows no signs of abating, says Mortimer. In the meantime, all eyes will be on the US Supreme Court and its impending decision, which will likely set a precedent affecting the launch of many biosimilars to come.