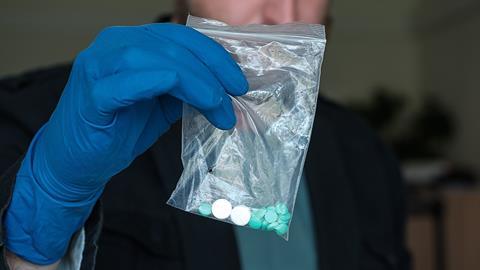 Massachusetts crime lab scandal could widen as another chemist is investigated

The district attorney for Suffolk County, Massachusetts is investigating a drug lab chemist named Della Saunders who used to work at the state’s Hinton forensic lab. She was the de facto team leader of Annie Dookhan, who was arrested in September 2012 for tampering with evidence and has already served a prison sentence for her action. A second forensic chemist at the now closed Hinton lab, Sonja Farak, was also arrested in January 2013 and sent to prison for similar offences. Dookhan and Farak’s fraudulent drug sample analysis ultimately resulted in tens of thousands of drug convictions being overturned in Massachusetts.

As part of its extensive investigation into Dookhan’s misconduct years ago, the Massachusetts state Office of Inspector General (OIG) compiled a statistical analysis of the productivity of the Hinton lab’s chemists from 1989 through 2012. The office concluded that, between 2004 and 2012, Saunders’ productivity numbers regularly far exceeded her colleagues and were comparable to those of Dookhan. The OIG’s 15-month investigation concluded back in 2014 that Dookhan was the ‘sole bad actor’ at the Hinton lab.

‘Given Saunders’ prolific production numbers, coupled with the OIG’s concerns regarding similar production amongst other chemists, both of which mirrored Dookhan’s production numbers, the Commonwealth is reviewing the OIG materials to confirm that the investigation appropriately examined the conduct of Saunders and that Dookhan was indeed the lab’s sole bad actor,’ Suffolk County DA Rachael Rollins wrote in a recent filing.

She said the state is required to investigate and confirm whether the OIG’s review into other chemists at the lab was comprehensive. As such, Rollins announced that her office will review the OIG’s investigative materials and locate any ‘potentially exculpatory material pertaining to Saunders’. Her team has already has begun to identify potentially material and relevant documents pertaining to Saunders’ work, including the transcript of an interview that she gave during the Dookhan investigation.

Rollins said that there is no indication that the OIG performed a closer review of Saunders. She has requested that the court give her office until 29 January to review relevant documentation.

Matthew Segal, the legal director of the American Civil Liberties Union of Massachusetts, also says he has ‘serious concerns’ about the ‘limitations and flaws’ of the OIG’s investigation. ‘The defence attorneys who are raising this, it seems to me, have a very strong point to make about Saunders’ productivity,’ Segal tells Chemistry World. ‘It was a lab where there was, to put it mildly, a real lack of oversight, and it seems clear that if someone wanted to engage in “dry-labbing” at that lab no one would stop them, and everyone knew it.’ Dry-labbing, which Dookhan was found to have engaged in, involves forgoing experiments and simply making up data for the sake of expediency.

‘Even with respect to a known dry-labber, Dookhan, the OIG showed very little interest,’ Segal adds. ‘That leaves me unsure what evidence exists or doesn’t exist that others may have been engaged in dry-labbing.’