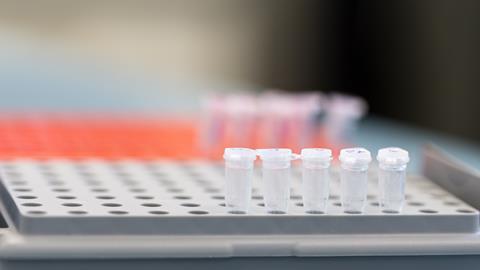 Thousands of additional criminal drug cases resulted in wrongful convictions and must be vacated and dismissed because of egregious misconduct by Massachusetts crime lab chemist Sonja Farak, the highest court in Massachusetts has ruled. The 11 October decision by the Massachusetts supreme judicial court to throw out these criminal drug charges comes atop its dismissal back in April of approximately 8000 drug convictions that were based on Farak’s analysis because they may have been compromised by her behaviour.

Farak was convicted in 2014, after pleading guilty to tampering with drug evidence, stealing illegal drugs from her lab that had been seized by police and cocaine possession. She has already served an 18-month jail sentence for the crimes.

These new dismissals involve about 13,000 drug samples processed at the state crime lab in Amherst, Massachusetts where Farak worked from 2004 until her arrest in January 2013. That figure is distinct from convictions because some of the drug cases in question involved more than one sample, for example, and not every sample led to a conviction.

The additional cases that will be thrown out include those that involved methamphetamine drug evidence during the nine years that Farak was at the Amherst lab, as well as every case analysed at the lab on or after January 2009, regardless of the chemist who signed off on the work. By that time, Farak was taking the lab’s methamphetamine reference standard several times a day, and she was under the influence during most of her working hours.

Because Farak herself was unable to identify which drug samples she had abused, the court concluded that the reliability of all samples tested during the time she was there were compromised. The court also noted Farak’s admission that she tampered with other chemists’ samples in the summer of 2012.

Criminal cases on the cheap

Farak’s arrest almost six years ago was especially dramatic because of its timing – occurring only a few months after another forensic chemist in the state, Annie Dookhan, ended up behind bars.

Both the women worked at the Hinton state drug lab in Boston in 2003 and 2004. While Farak committed her misconduct to feed and cover up a drug addiction, Dookhan apparently falsified labs results in order to appear as productive as possible.

Ultimately, more than 36,000 charges tied to Dookhan’s testing and analysis were dismissed, which translated to over 21,000 cases being thrown out. Meanwhile, 9000 to 11,000 defendants have seen their charges dismissed because of Farak’s actions, but the 11 October ruling will increase that figure by thousands more.

David Sullivan, district attorney for Massachusetts’ north-western district, said he hopes the court ruling represents ‘the final chapter in a sad tale of a rogue chemist’ and a ‘substandard’ state drug lab. ‘It reflects a decades-long attitude that drug testing for criminal cases could be done on the cheap,’ Sullivan said.

Many forensic experts agree that cost-cutting at forensics labs has allowed problems to fester, and enabled a crisis of faith in the field. ‘Crime labs lack the basic blind-testing that would catch problems like this early,’ says Greg Hampikian, a biology and criminal justice professor at Boise State University in Idaho, who also directs the Idaho Innocence Project. He says the dismissal of thousands more cases because of Farak’s misconduct demonstrates that ‘the current level of internal checks on the labs is not sufficient to assure quality work’.

Josh Lee, a criminal defence attorney in Oklahoma who is the forensic science co-chair for the American Chemical Society’s chemistry and the law division, agrees. ‘There always seems to be this scapegoat of one person who did something bad, but then you find out that they have been doing this for years,’ he tells Chemistry World. ‘It is a systemic, lab-wide failure of quality assurance.’